Todt: Formula One does Not need sprint qualifying

FIA president Jean Todt has shown he isn't a fan of Formula One's intends to present sprint qualifying races in a range of rounds after this year. The proposal received unanimous support from F1's ten teams and also will observe the grid to the Italian and British Grands Prix, along with another race which has not yet been confirmed, determined by a 100km sprint race.

Todt, who's due to resign at the conclusion of his sentence as FIA president later this season, said he didn't look at the new notion to be a legitimate race, but had been prepared to let it proceed as long as it doesn't detract from the conventional grand prix on Sunday.

"Should you ask me if I'm a large fan of this, then the solution is no. I really don't think Formula One wants it, but on the opposite side if folks want to test something, it is not likely to damage the race Sunday.

"It is going to be a different method of getting the starting grid on Sunday. It costs nothing to test.

"I am curious to find out what's going to occur, but I am convinced it won't hurt the race Sunday.

"People may say it may be more interesting on Saturday than on Sunday however that isn't a large risk for the picture and for the trustworthiness of the tournament."

Formula One is presently deciding which around near the close of the year will have the sprint qualifying race together with Silverstone and Monza.

Before this week, F1's director of motorsport, Ross Brawn, stated he doesn't need the points given in a sprint race to determine this season's title race. 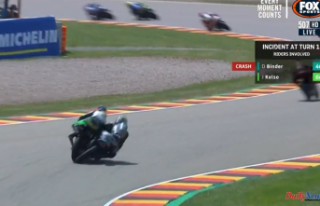