The black series of these accursed Olympic Games never ends. 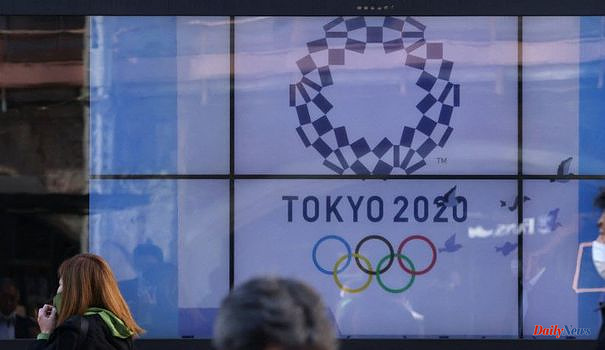 The black series of these accursed Olympic Games never ends. With the discovery of three positive cases of Covid-19 in the South African football team and one case in the Czech beach volleyball team, the Tokyo Games are faced with the management of a first source of contamination within the Olympic Village. Five days before the opening of the Olympic Games (July 23-August 8), the fear of cascading infections in this place without equal in the sports world is in everyone's mind. "It is inevitable that we will have cases," admitted Sunday Christophe Dubi, director of the Games within the IOC, aware of the fears of part of the Japanese population in the face of this planetary meeting.

The two positive athletes and their companion were therefore "isolated in their room and Tokyo-2020 brings them their meals", continued the same source, while 21 "close contacts" were identified on Monday. South Africa are due to face Japan, France and Mexico in the group stage of the men's Olympic tournament which begins on Thursday, the day before the opening ceremony of the Games.

A Czech beach volleyball player, resident of the Olympic Village in Tokyo, has also tested positive for Covid-19, the Czech Olympic Committee (COV) announced in a statement on Monday. Ondrej Perusic tested positive on Sunday during daily tests carried out in the village, said the head of the Czech Olympic delegation Martin Doktor. "He has absolutely no symptoms. We are looking at everything in detail, and in particular paying attention to the anti-transmission measures within the team," he added.

The "contact" cases immediately underwent nasopharyngeal tests, in addition to the daily saliva control of the participants in the Games, they will have to "eat in their room, train separately and take separate transport", explained Pierre Ducrey, director deputy of the Olympic Games within the International Olympic Committee (IOC). The duration of these precautionary measures, which influence group life as well as preparation for the competition, will depend on the verdict of the anti-Covid "control center" within the Olympic village.

"It is only when the experts have determined that you no longer represent a risk to others that you can join your team", detailed Pierre Ducrey. For his part, Christophe Duby assured that "everything was in place to limit the mixing of populations" and "keep the risk" of chain contamination "to an absolute minimum".

As long as they remain negative for Covid-19, these "close contacts" therefore do not undergo isolation as rigorous as that reserved for infected persons, who are placed in a place provided for by Tokyo-2020, or in a care structure in case of symptoms.

The IOC and Tokyo-2020, on the other hand, have no control over another category of participants placed in solitary confinement, this time by the Japanese authorities: this is the case of six British athletes and two members of their management, who tested negative. but "contacts" of a passenger on their plane tested positive, and cloistered in their respective rooms at their team's training camp in Yokohama on Sunday. The South African rugby sevens team had for its part been isolated last Wednesday after a positive case on its flight from Doha, then had obtained the green light to leave for an internship in Kagoshima (south) four days late, before that his coach Neil Powell is in turn tested positive.

No, since the IOC listed 55 positive tests on Sunday among the 30,000 carried out on 18,000 athletes, managers, officials or journalists who arrived in Japan since July 1. The IOC has also confirmed that one of its members, the South Korean Seung Min Ryu, had tested positive on his arrival in the archipelago.

Tuesday and Wednesday, the 102 members of the body must meet in a palace in the Japanese capital for their general assembly. However, the positive cases linked to the Games remain very marginal for the time being, underlined on Saturday the boss of the IOC Thomas Bach, who has been promising for months “safe” Olympics for the participants as for the Japanese population.

Infection rates are rising among Tokyo's general population, exceeding 1,000 new cases for four consecutive days. Polls show that many Japanese oppose the holding of the Games with the influx of foreign visitors that this entails.

To overcome the difficulties linked to the health crisis, the organizers of the Olympic Games had concentrated their efforts on the vaccination of the delegations, reaching an agreement in May with the Pfizer and BioNTech laboratories before setting up Olympic "vaccinodromes" in Qatar in June. and in Rwanda.

The authority now highlights the intensive screening of participants in the Games, the limitation of contacts and the immediate isolation of positive cases. "It is probably the most controlled population in the world at the moment", insisted Pierre Ducrey. At the peak of the competition, 6,000 people are expected in the Olympic Village.

1 Covid-19: the Tokyo Olympics will take place without... 2 Popstar: Reports: Trial against Ricky Martin dropped 3 Entertainer: Ina Müller: I met important people in... 4 Possible connection between acne and a lack of omega-3... 5 "The perfidious thing is that you don't... 6 FFP2 masks, replacements, evaluations: what to remember... 7 Strike in schools: replacements, equipment ... What... 8 Insulation: Small cooler bag for on the go: This keeps... 9 Tweets against sadness: "I'm very impressed... 10 What you can do about motion sickness 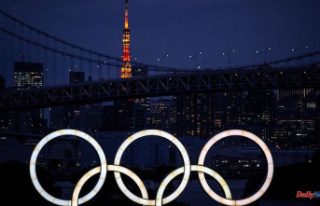 Covid-19: the Tokyo Olympics will take place without...