"Top people don't get going": All German eagles sail into the tour finals

Led by Constantin Schmid, all six German ski jumpers are present at the final of the Four Hills Tournament in Bischofshofen. 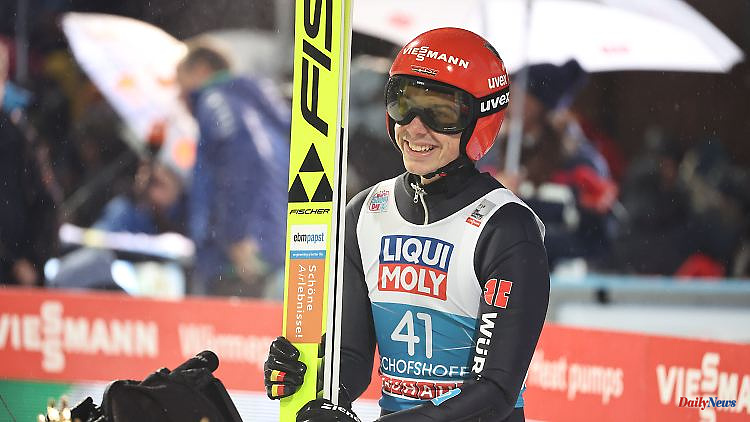 Led by Constantin Schmid, all six German ski jumpers are present at the final of the Four Hills Tournament in Bischofshofen. The best of the day is the Norwegian Halvor Egner Granerud, who is the leader in the overall standings with a jump of 137 meters, followed by his pursuer Dawid Kubacki in second place.

Halvor Egner Granerud has won the qualification for the final of the Four Hills Tournament in Bischofshofen. In the pouring rain in Pongau, the Norwegian prevailed with a jump of 137 meters ahead of Poland's Dawid Kubacki and Slovenia's Anze Lanisek. One day after the poor team result in Innsbruck, all seven athletes from the German ski jumping team qualified for the decisive competition this Friday (4.30 p.m. / ZDF and Eurosport). Karl Geiger, who had missed the qualification on the Bergiselschanze, took 25th place.

"Today the goal was to make three normal, solid jumps. I managed that," said Geiger. "It wasn't anything special, but I'm satisfied." As an objective he gave: "Do a good competition, finish the tour properly." Geiger added: "Of course, the overall ranking is completely gone. I'm just missing two jumps."

In addition to the man from Oberstdorf, Markus Eisenbichler, Andreas Wellinger, Philipp Raimund, Stephan Leyhe, Constantin Schmid and Pius Paschke will also be taking part in the Epiphany competition. The youngsters Schmid (13th) and Raimund (17th) did best. The big favorite for the overall victory is the confidently leading Granerud. Wellinger, who, according to national coach Stefan Horngacher, is struggling with a gastrointestinal infection, is the best German in eighth place. "It's the case that our top players aren't getting as much momentum as we had imagined," said Horngacher. He consequently saw "not only light, but shadows as well".

For example Eisenbichler. The Bavarian wasn't really happy with his jump of 126 meters in the qualification. "It's not the binding or anything else. It's just your own ability," he said on ZDF, referring to the material that had been changed a bit. The 31-year-old saw it pragmatically: "If I can get going with such a shitty jump, then it'll be fine." 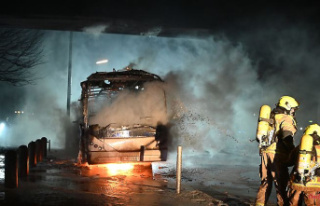