In the summer of 1997, Jan Ullrich was the first and only German to win the Tour de France. 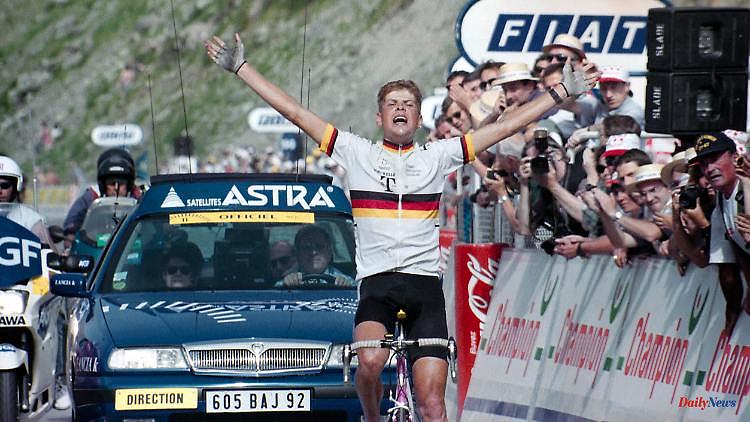 In the summer of 1997, Jan Ullrich was the first and only German to win the Tour de France. The dramatic crash soon follows. Doping, drugs, alcohol, arrest. "I was almost dead," says the Radstar, who is something like the German answer to Diego Maradona.

At the end of the three weeks that were to change his life forever, Jan Ullrich was enjoying pure happiness. Cycling's new pop star waved in the yellow jersey to 200,000 cheering fans on the Champs-Elysees, holding a plush lion in each hand. And Germany, transformed into a cycling nation, celebrated a young man from Rostock, whom it had accompanied through a three-week summer fairy tale for eternity.

A summer fairy tale, as a result of which Ullrich was almost to perish. "I was almost dead," he says in the five-part ARD documentary "Being Jan Ullrich", which marks the 25th anniversary of the first and only German tour victory, the summer of '97 and Ullrich's tragic career from historic triumph to total crash traced 20 years later.

The story of the 1997 Tour summer comes from a different cycling world than the one in which the 2022 Tour begins on Friday in Copenhagen. A time when professional cyclists were still unreservedly idolized. In which a 23-year-old sent a whole country into hysteria. "It was almost like 1954 when Germany became soccer world champion," recalled reporter legend Herbert Watterott. And even with the knowledge of the depravity and manipulative nature of cycling in the 1990s, you can still hardly escape the intoxicating appeal of those images and stories.

Ullrich, who was already second on the tour in 1996, was planned as a noble helper for Telekom captain and defending champion Bjarne Riis. But at the latest on this historic July 15, 1997 in Andorra-Arcalis it was clear that Ullrich is the stronger. "If you have really good legs, go ahead," Riis told him. And Ulrich drives. "He only got out of the saddle once and the lead group exploded," wrote L'Equipe. Ullrich has yellow at the stage finish.

Two days later, the individual time trial in St. Etienne turns into a sheer demonstration of power: Ullrich overtakes Richard Virenque, who started three minutes before him - the Frenchman is still second on the day. In the Alps he controls his toughest rivals, Virenque and Marco Pantani - it's a big show that draws millions upon millions of Germans in front of the TV.

And on the streets: When the tour rolls through Alsace in the final week, tens of thousands make the pilgrimage across the border to experience the new folk hero. After that, he only had to get through one tricky situation: Ullrich was suffering from the Grand Ballon, weakened by a cold and the constant stress. Helper Udo Bölts grunts in legendary: "Torment yourself, you pig!"

Three days later he arrives in Paris as the winner of the tour. Ullrich is 9:09 minutes ahead of Virenque, and nobody has won more clearly since then. With the end of this tour, a new life begins. "Thousands of people suddenly came to the autograph session. Shopping or going to the cinema was not possible. I first had to learn to deal with the huge boom," Ullrich told the "Stern". He never really learned.

Ullrich came to the 1998 tour as a big favorite, also got the yellow jersey, but lost it to Pantani after a terrible slump on the Galibier - Ullrich should never wear the maillot jaune again. Great success followed (Vuelta victory in 1999, Olympic gold in 2000) and even greater scandals. In 2006, Ullrich had to leave the tour like a beaten dog because of the alleged involvement in the Fuentes doping affair, was sporty, the real decline begins - drugs, alcohol, 2018 as a low point an arrest. In the meantime, Ullrich has become quieter, he should be doing much better. Calm, especially inner: It would be the best anniversary gift. 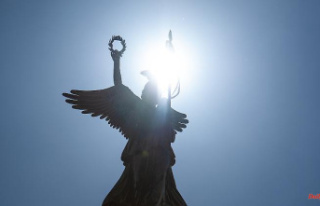 Berlin fights against heat deaths: When heat in big...