The final of the Champions League in Paris at the end of May almost came to a tragedy. 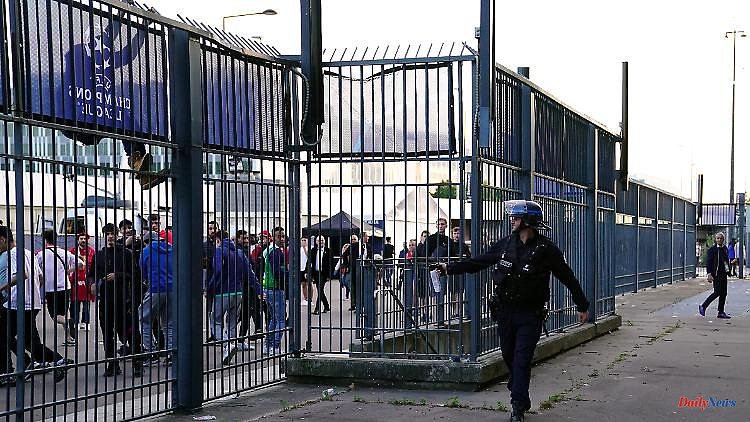 The final of the Champions League in Paris at the end of May almost came to a tragedy. Before and after the game, the Liverpool fans have to pass through the eye of a bottleneck, only just avoiding mass panic. Not because the police act prudently. She now admits failure, but also boasts.

After the chaos at the Stade de France around the Champions League final, the Paris police chief admitted failure. "It was obviously a failure," Didier Lallement said at a hearing in the French Senate's Interior Committee. Because people were attacked and the image of France was shaken. However, it was made possible for the match between Liverpool FC and Real Madrid to take place and that there were no serious injuries or deaths.

Lallement said there was a large crowd around the stadium. Finally, tear gas was used to push the people back because the people had not complied with the officials' requests.

"I am aware that people with good intentions were also hit by the gas," said Lallement. "I'm really sorry on behalf of the police prefecture, but I'll say it again, unfortunately there was no other way." Apart from direct physical attacks, tear gas is the only way the police can get crowds to retreat.

The May 28 final kicked off 37 minutes late after chaotic scenes around the stadium. Long queues had formed in front of the entrances, and there was a great crowd.

The incidents resulted in a total of 238 injuries and 105 arrests, and around 2,700 fans with valid tickets were unable to enter the stadium. According to the French government, a massive ticket fraud had led to the difficulties at the Stade de France.

The Police Commissioner admitted that the number of 30,000 to 40,000 spectators outside the stadium without tickets or with fake tickets was not correct. The police had reported this number to the French Ministry of the Interior. "Maybe I made a mistake," said Lallement, "but I never claimed that it was absolutely correct."

1 Rüdiger only had two goals: DFB star never considered... 2 Business relationship is terminated: Hinteregger is... 3 52 years after the deadly tragedy: Messner's... 4 "I'm a happy man": Chris Pratt raves... 5 "Possibly the largest in Europe": Huge predatory... 6 Saxony: Man after attack in Leipzig in mortal danger 7 Baden-Württemberg: PFC traces in gardens of a Baden-Baden... 8 Spain. Due to a fire in the south, 2,000 people were... 9 Finance. Elisabeth Borne can confirm that fuel taxes... 10 Saone-et-Loire. Police take custody of a 14-year-old... 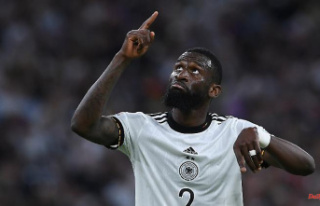