A few days after Sebastian Vettel announced his departure from Formula 1, Aston Martin is already presenting a successor. 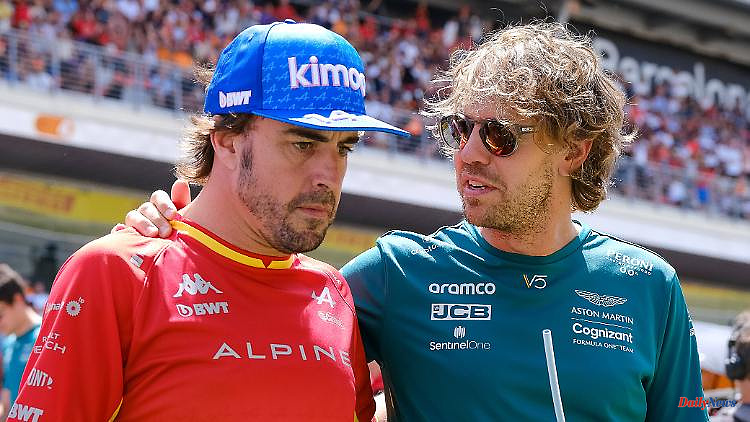 A few days after Sebastian Vettel announced his departure from Formula 1, Aston Martin is already presenting a successor. The four-time world champion is followed by a two-time champion: Fernando Alonso is leaving Alpine and will drive for Aston Martin from 2023.

Fernando Alonso will take over the cockpit at Aston Martin for the 2023 season, which will become vacant when Sebastian Vettel retires. The Spaniard is switching from Alpine to the British racing team, which currently sits penultimate in the constructors' championship. Aston Martin is "delighted to confirm that Fernando Alonso will join the team on a multi-year contract from 2023," the official statement said. The world champion of 2005 and 2006 is the oldest driver in the field at the age of 41, but has repeatedly stated in recent months that he wants to continue his career beyond the current season.

There had been rumors in the past that Aston Martin team owner Lawrence Stroll thought highly of Alonso. However, there have recently been many indications that the Spaniard would extend his contract with the French Alpine racing team. The fact that Aston Martin is now opening the Formula 1 summer break with this announcement can be seen as a coup for the ambitious but largely unsuccessful team. Alonso is still one of the fastest drivers despite his advanced age as a racing driver. 18 seasons as a regular driver, 346 Grand Prix starts and 32 victories have gone into the statistics for him since he debuted in the 2001 Australian Grand Prix for the then Minardi team.

Alonso had his most successful period in 2005 and 2006, when he won the world championship twice in a row in a Renault. At the same time, he ended the unrivaled dominance of Michael Schumacher, who had previously won five world titles in a row. The Spaniard then moved to Mercedes for a contentious year before joining Scuderia Ferrari after two more seasons at Renault. From 2010 onwards, Alonso tried in vain to return to the top with the traditional Italian racing team - three times behind Sebastian Vettel in the Red Bull he was only runner-up.

"Aston Martin is one of the most exciting teams in Formula 1," Alonso is quoted as saying about his move, "and it's obvious that they have the aspirations and passion to be successful in Formula 1." In its second season as Aston Martin, however, the ambitious racing team is still far behind its expectations. After Vettel had achieved the only podium finish so far in Baku last year after Racing Point was renamed Aston Martin, this season there are only a meager 20 points after 13 Grands Prix.

1 The weather week in a quick check: heat wave in August... 2 Secret wedding ?: Lena is said to have said yes again 3 Moon could disturb Perseids: Saturn is particularly... 4 "It used to be hot too": Why weather memories... 5 Saxony: Unknown drive in a lightning burglary jewelry... 6 Saxony: Left: Children and young people advertise... 7 Hesse: Two dead in an accident on a federal road 8 Mecklenburg-Western Pomerania: 43-year-old drives... 9 Bavaria: Man is said to have killed his mother-in-law:... 10 Kretschmer considers the energy transition to have... 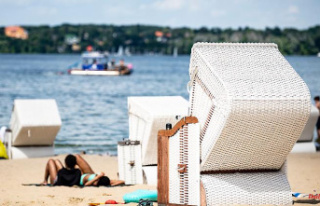 The weather week in a quick check: heat wave in August...