What was happening there? At the opening game of the Bundesliga, three national players deliver bizarre interludes. 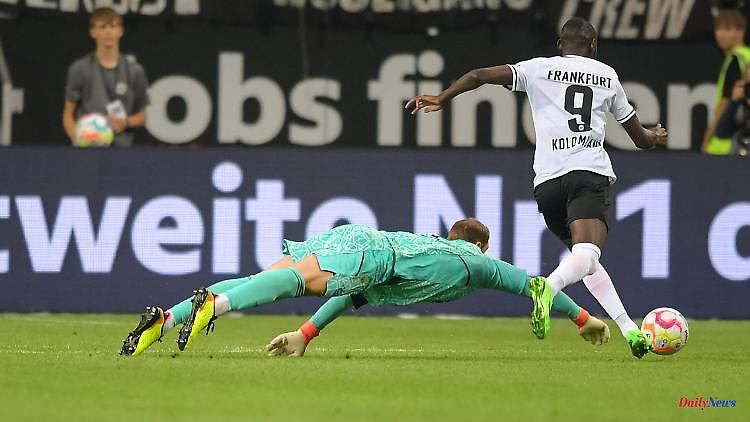 What was happening there? At the opening game of the Bundesliga, three national players deliver bizarre interludes. And that in front of national coach Hansi Flick. However, he is also spoiled by the extraordinary gala of a top talent.

Hansi Flick can claim not only to be a very successful coach, but also a person with mature skills in the field of forecasting. They asked the national coach on Friday evening in Frankfurt whether FC Bayern would be German champions again. There, Eintracht, still besotted with European Cup bliss, played against the record champions. And the national coach had said: Yes, he suspected that it would happen that way. Because Bayern have a very strong team.

90 played minutes later, Flick's prediction has become a crashing statement from Munich. Julian Nagelsmann's men distributed six slaps, administered as goals, to Frankfurt. They had absolutely no idea what was happening to them in the first 45 minutes, even if they missed two top-top chances. The Munich team strutted into the dressing room 5-0, and then traveled back to Säbener Straße 6-1. All the doubters as to whether the post-Robert Lewandowski one can succeed have been silenced for now.

"We're happy that our game is working so well. The coach pressed exactly the right button," said sporting director Hasan Salihamidžić. Quietly, almost shyly, he spoke about FC Bayern, which he himself had rebuilt so remarkably. He didn't want to get involved in premature championship anthems. Not even the very happy Thomas Müller. He warned against early euphoria regarding the newly formed offensive. "There will be other games where we say the center forward was missing today," he said. Eintracht's style of play also accommodated Bayern. "Frankfurt took a risk with the euphoria of the Euro League and wanted to push through with their style of play. We punished this courage." It was naïve courage, based on the assumption by the SGE players that they could keep up with Munich's pace. Coach Oliver Glasner despaired. He would have liked more order and less hara-kiri.

Can dominance be increased? That evening yes. The superlative is FC Bayern. Eintracht was played with crazy speed and a rousing combination football. With a view to the desert World Cup in Qatar, the national coach received numerous applications from his German national players. Probably the most emphatic sent Jamal Musiala. As in the last Supercup (5:3 at RB Leipzig), the 19-year-old enchants with his light-footedness, his determination and his courage. He has now scored twice against the SGE. For the chronically weakened DFB team, this is a silver lining, even if not in the center of the storm.

Thanks to Mario Götze, there was a discussion about a wrong nine. Story. Unlike idol. He's back in the Bundesliga and somehow also in the orbit of the DFB team. At least the calls are getting louder that the playmaker should please fly to Qatar. A sensational performance in the cup against 1. FC Magdeburg was enough for many. For Flick, the matter is simple: "He has to deliver top performances, he has to show that he's fit, that he can also be an alternative for the players who are currently with the national team. We're looking closely at who can help us able to achieve our big goal of getting as far as possible.”

In terms of sport, Joshua Kimmich does not have to worry about his place. After a weaker season with the grueling vaccination and corona theater, he is again the omnipresent driver who is never completely satisfied. Not even after this game, which taught the Bundesliga competition to fear. "The point of criticism is that we didn't manage to keep a clean sheet again. But that wasn't a bad thing going forward. We still had one or two chances to score more goals, which really made us want to be on the pitch today ."

But this evening in Frankfurt, it also had grotesque features. Always in focus, players from the DFB team. Kevin Trapp made the start. The number one of unity. One of the guarantors of the Europa League miracle last season. After just five minutes, he was duped by Joshua Kimmich. He turned the ball flat around the wall into the short corner. A first stab into the suffering of Frankfurt. Not everyone had noticed that, because the curve behind the housing had been heavily fogged with pyro. Did that have an impact on Trapp? Remained unclear.

However, it was clarified that Kimmich had acted consciously. Assistant coach Dino Toppmöller had whispered the idea to him. "He announced it a little during the week. He said the Trapp is always a bit higher, so you can try it - and I thought I'd try it." Try makes kluch (clever). For Trapp, should he have realistic ambitions to become the German number one in Qatar, it was a bitter blow in a direct duel with Neuer. one thought. But then the Titan blundered. He dribbled against Randal Kolo Muani in the second half - and lost. goal, 1:5. Somehow it doesn't matter. If it hadn't been the second blunder of the 36-year-old in a row. Even in the Supercup he didn't look good once.

Regular place in danger? Rather not. This probably does not apply to Thomas Müller, who allowed himself the most grotesque moment that evening. Frankfurt defended wildly after their own corner - and is not punished in the end. The busy and mercilessly fast star striker Sadio Mané sends the also damn fast Gnabry on the journey, who sprints off in his own half and then runs away alone. In front of Trapp, the 27-year-old puts it across to Müller, the pass isn't quite the best and the Bayern boy is still under pressure, but how he can't put the ball in the goal but only push it against the post... it's crazy. He didn't talk about the "how" and "why" afterwards. Better about Mané. It's just love

Müller's non-goal? Again no matter. The missed 3-0 win could not improve FC Bayern at all. Mané, Musiala and Gnabry make it 5-0 before the break. What a humiliation. Markus Krösche, Eintracht's sports director, was amazed at the great naivety of his footballers. Instead of withdrawing into the tactical corset at some point and then focusing primarily on avoiding debacle football, the SBU, freed from all fears and worries, is pushing for a goal to connect. A fatal mistake. Which ends in a powerful multiple title announcement from Munich.

"The championship can remain normal," says coach Julian Nagelsmann. He certainly does not have sovereignty over opinion in the country. "There's no question that we want to stay longer in the other two competitions. Of course, the DFB Cup in particular was disappointing last year. You can never really count on the Champions League. But that's still a dream of the future." A more beautiful one than the one that currently tops the German charts. The scandal song "Layla" is there before "Olivia" by the Zipfelbuben. 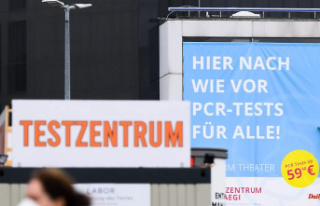