Trial of fallen celebrities: Blatter, Platini's millions and a "conspiracy"

Joseph Blatter and Michel Platini are once two of the most powerful men in world football. 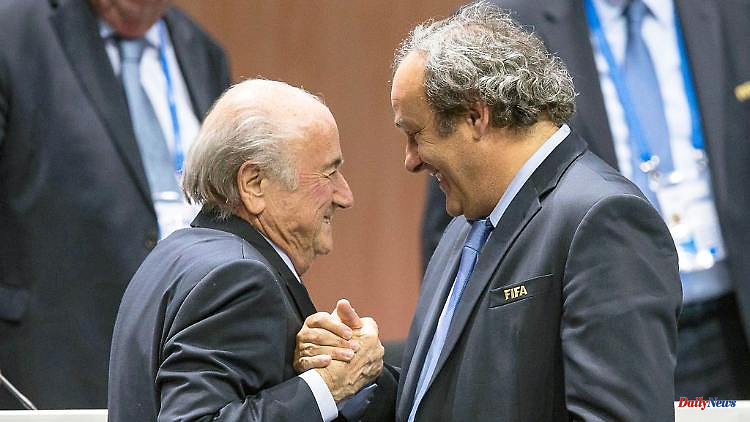 Joseph Blatter and Michel Platini are once two of the most powerful men in world football. In the meantime, both have long since left their offices, both stumbled over dubious processes in their associations. Now Blatter and Platini have to answer in court.

At the foot of the Castelgrande in Bellinzona, two former greats of world football who have fallen to their knees meet. Not far from one of the three castles in the city in the Swiss canton of Ticino, the trial against former FIFA President Joseph Blatter and former UEFA boss Michel Platini begins before the Federal Criminal Court on Wednesday (9 a.m.). The focus: a dubious payment of two million Swiss francs and the question of whether Platini's defense can substantiate the theory of a "conspiracy" against her client.

Seven years after the opening of the proceedings against Blatter, which quickly cost Platini his career as an official, both have to answer for allegations of fraud and other crimes. They are accused of having deceived the world association about an alleged outstanding claim by Platini. According to the indictment, Blatter unlawfully confirmed FIFA's payment of two million Swiss francs plus social security contributions to Platini.

Both Blatter and Platini have denied the allegations. "We are confident that the proceedings will lead to a positive result that will demonstrate Mr. Michel Platini's complete sincerity in this matter," said his lawyer Dominic Nellen. "The defense is pleased that various witnesses who know exactly what happened and who the federal prosecutor did not want to question will testify at the main hearing."

Among others, the former and now resigned top official Ángel Maria Villar Llona from Spain and Olivier Thormann, former member of the Attorney General's Office, will be heard. A total of eleven days of negotiations are scheduled until June 22nd. A verdict is expected to be announced on July 8. Blatter will be questioned on Wednesday, Platini will follow a day later and the testimonies will begin.

It will also be interesting to what extent the name of the current FIFA President Gianni Infantino plays a role in the process. Until the allegations became known, Platini was considered the logical successor to Blatter. After the fall of the president of the European Football Union, Infantino rose to become the head of the world association instead. Platini reported the ex-UEFA general secretary to the French judiciary at the end of last year for active influence. However, Infantino's meetings with former federal prosecutor Michael Lauber are not part of the process. The FIFA boss had always rejected the allegation of collusion.

1 Seyne. Two years late, the White Sports Union celebrates... 2 Saxony-Anhalt: Green politicians are sticking to a... 3 Rugby / Pro D2. Bourg-en-Bresse: A scrum-half of the... 4 The night of the war at a glance: Selenskyj: No Russian... 5 Drome. Overloaded vehicles pose real dangers to the... 6 Gangsters, crypto chaos, rise: the resurrection of... 7 Savoy. Queige: You can now spend holidays in an enchanted... 8 Mont Dauphin. Stronghold: A makeover at the Rochambeau... 9 Spray. Cinema Le Roc: After 70 years, the managers... 10 Vaucluse. Accident in Merindol last night: A 35-year-old... 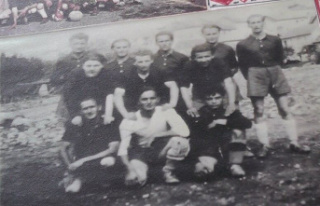