At the CHIO in Aachen, the German show jumpers braved the sometimes pouring rain and a massive drop in temperature of 20 degrees and won the traditional Nations Cup for the first time since 2018. 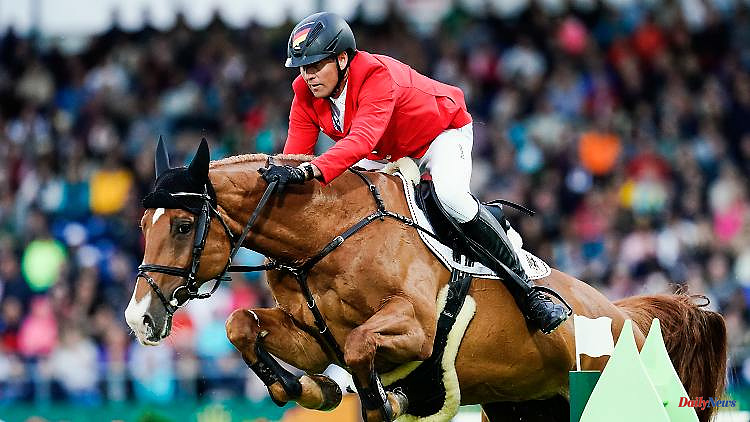 At the CHIO in Aachen, the German show jumpers braved the sometimes pouring rain and a massive drop in temperature of 20 degrees and won the traditional Nations Cup for the first time since 2018. The hosts were already in the lead after the first round.

Even before last rider André Thieme rode, which he then gave up, the German team won the traditional CHIO show jumping event. Led by the European champion, the national team won under floodlights in Aachen. The quartet around the rider from Plau am See with his mare Chakaria conceded only one penalty point in the pouring rain in Aachen.

"I wasn't sure, she's never been to Aachen," said Thieme after the first round with his gold mare, which he completed without a single mistake. "She is just the way she is, she is a fighter - and she fights for me," enthused the rider from Mecklenburg-Western Pomerania. He was "super happy that it worked out so well here". He did not have to compete for the second round. When Belgium's last rider Gregory Wathelet cleared a pole, the hosts were the winners.

The host quartet also included Christian Kukuk with Mumbai, Janne Friederike Meyer-Zimmermann with Messi and Belgium-based Jana Wargers with Limbridge. All four couples rode in the CHIO team for the first time. Last year, the host team took sixth place. "Our team delivered super strong rounds, and in the end it all worked out," said Wargers on the WDR microphone. "You always have to believe in that anyway," said Kukuk, "I was sure that we would deliver and I think we'll have a drink afterwards." Thieme had "hoped for it so much, but if you hope for something too much, it often doesn't happen".

Kukuk's performance in the first round was unfortunate. The rider from Riesenbeck conceded eight penalty points with Mumbai round and delivered the discarded result. Things went better in the second round, Kukuk and his stallion stayed clear. "In the second lap it was just a great feeling", commented the rider: "We fought back."

The performance of the two women was also impressive. Janne Friederike Meyer-Zimmermann with Messi and Jana Wargers with Limbridge remained undefeated in the first round. In the second, Wargers had a knockdown after her horse lost a horseshoe on the course. "I saw the iron fly," Wargers said. Meyer-Zimmermann even rode flawlessly the second time.

For national coach Otto Becker, the competition, which was endowed with one million euros, was "an endurance test with a view to the World Championships". Other candidates for the World Championships in August in Herning, Denmark, are Marcus Ehning from Borken, Christian Ahlmann (Marl) and Daniel Deußer, who also lives in Belgium. 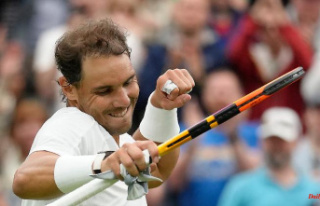 Next corona shock in London: Nadal and Swiatek falter...