While the German national soccer team is no longer part of the World Cup in Qatar, the interest of the German public is increasing - albeit at a comparatively low level. 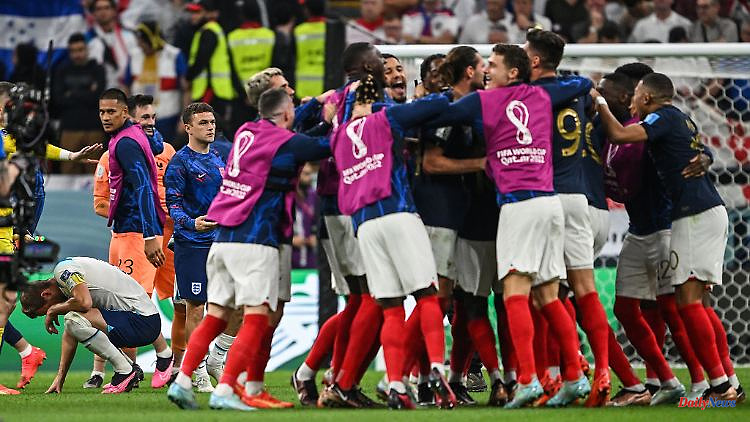 While the German national soccer team is no longer part of the World Cup in Qatar, the interest of the German public is increasing - albeit at a comparatively low level. The quarter-final between England and France achieves a high in odds.

France's victory over England in the quarter-finals ensured the highest ratings of a game at the World Cup in Qatar without German participation. An average of 9.142 million people watched France's 2-1 win on ZDF on Saturday. According to AGF Videoforschung, this corresponds to a market share of 33.4 percent. That made the game, which ended tragically for England when Harry Kane missed a penalty, the most successful TV show of the day. The game between Morocco and Portugal in the afternoon was watched by 5.949 million viewers.

At the same time, interest in the World Cup in Qatar remains comparatively low. At the 2018 World Cup in Russia, there had already been several broadcasts with more than ten million viewers at the same time. Apparently, many people are implementing their resolutions of not wanting to follow the controversial Winter World Cup in Qatar or only wanting to do so to a limited extent: According to a Forsa survey commissioned by RTL and ntv, more than half (54 percent) of all respondents had shortly before the start of the World Cup does not intend to follow games in the live broadcast.

The proportion of those who want to watch games at all - whether with or without German participation - is therefore significantly lower than four years ago at the 2018 World Cup. At that time, three quarters (76 percent) of all respondents wanted to watch at least part of the games . Even among those who are generally interested in football, more than one in four (28 percent) do not want to follow World Cup games.

According to ARD, an average of 17.43 million people watched the live broadcast of the German World Cup defeat against Costa Rica in front of their televisions. According to the broadcaster, this results in a market share of 53.7 percent. Viewers on the ARD and Telekom websites, which do not publish any figures, are not included. The men could not break the previous ratings record of the year. The 17.897 million people who watched the 1:2 defeat of the DFB selection in the women's European Championship against England on ARD remain top values.

1 What's next for CR7?: Ronaldo's girlfriend... 2 Quick check of the weather week: Bibberwinter plays... 3 "I don't understand the hype about me":... 4 Sci-fi horror of the monotonous kind: "The Callisto... 5 Hesse: Two injured in a dispute in downtown Wiesbaden 6 Hessen: 45-year-old drives a drunk car and builds... 7 Bavaria: lugers around Felix Loch strong again 8 Bavaria: The weapon in the Munich restaurant leads... 9 Baden-Württemberg: 98-year-old dies after a traffic... 10 North Rhine-Westphalia: Morocco victory: boisterous... 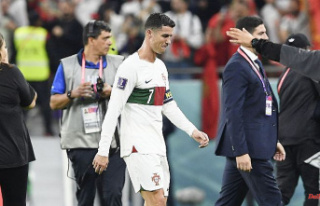 What's next for CR7?: Ronaldo's girlfriend...