Hansi Flick Germany is still waiting for a win against a top nation. 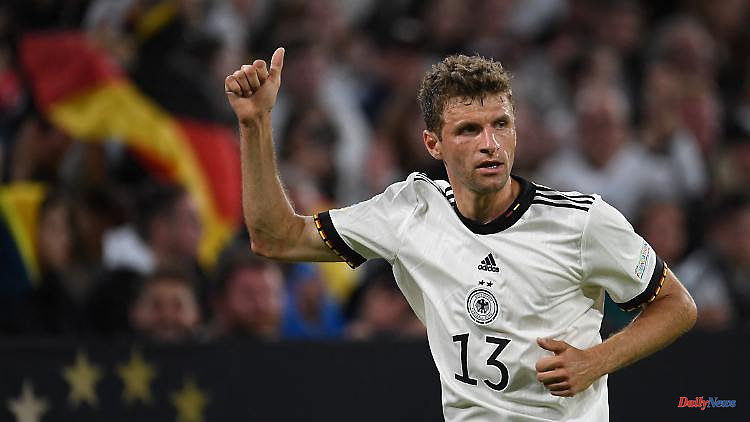 Hansi Flick Germany is still waiting for a win against a top nation. They were close against England before a silly mistake shattered hopes. Nevertheless, the mood is very different than after the draw against Italy. But why actually?

Is Germany now a world-class team again? This question gives a deeper meaning to the Nations League competition. The summer break is saved. The (soccer) nation has a topic to work through again. Basis of the debate: Two draws, 1-1 each, against Italy and England. And how things change in the rating within three days. After the tough game in Bologna, national coach Hansi Flick was anything but enthusiastic, he reviewed the performance very critically. He was even credited with appearing concerned after the performance at the beautiful Stadio Renato Dall'Ara.

If he really felt a worrying feeling, it was blown away in Munich, shattered somewhere in the rugged foothills of the Alps around Oberaudorf. The DFB team welcomed England and in the days before had lined up in amazement at the impressive quality of the "Three Lions". So one almost had to assume that this Tuesday evening in Munich would deliver something elementary. An inventory of where Hansi Flick Germany is half a year before the desert World Cup in Qatar. At least.

And where is it now, Hansi Flick Germany? Well, somewhere between tree and bark. And probably this difficult to define gap is quite good for the development of this team, which has immense potential, but also has a few unresolved problems. Goalkeeper Manuel Neuer is in titan form ready for the desert, Antonio Rüdiger is a royal defender, Joshua Kimmich again provides many arguments that he is a good six, Jamal Musiala enchants the nation with his courage, speed and unconditional will to quality Dribbling. And with İlkay Gündoğan, Flick has a luxury problem. Those are the good, the very good things in the German game.

Nobody needs to worry about Leon Goretzka, even if he currently lacks convincing dynamics. Not even Thomas Müller, the chief communicator, who lacks effectiveness. At the end of a long season, it is tolerable (because of the Nations League) and understandable that not all footballers have fully charged batteries. But there are also things that still need to improve significantly by the end of November. Even if things were much better against England than against Italy. "We played football exactly the way we imagined it, the way it was just great. We put the opponent under pressure and forced them to hit the ball long and often," enthused the national coach. "We gambled very well at times. It's a pity we didn't reward ourselves."

Germany was more committed, more dynamic, more determined. But not more effective. A major shortcoming that provided plenty of fodder for the storm discussion. Who should do it now? Kai Havertz? Timo Werner? Thomas Müller? All conceivable options, but an optimal solution? Rather not. We know about Müller that he is much more valuable as the first pressing player in Müllerthomas Nirvana than as a target player. Werner is a hard worker, he scores again and again, but he doesn't dispel any doubts that he is an indispensable striker. Too many things in his game seem unfortunate. Even Flick's best defense speech doesn't help. And Havertz? He would like to take on the role and impresses with his technique and physicality. But he just didn't learn the game in the center, he's more of a game designer, an outstanding one.

England, on the other hand, has a guy like that. His name is Harry Kane. A longing figure in the German squad. Flick knows that, but he also has to acknowledge it - and he is counting on further development taking place. "For me, it's just important that you trust the players. We'll do that. We have players who can still develop and who are also quality in this position. We want to improve each individual a bit so that we can do even better in Qatar to be able to show a higher level."

This phrase could also be a template for the full-back problem spot. David Raum made his best international appearance against England, brought impressive dynamism with him, but also had problems with his fast opponent Bukayo Saka. Lukas Klostermann played solid defensively, but largely avoided offensive breakthroughs. Not enough for Flick's dynamic game idea. A royal solution, i.e. a perfect overall package, is not in sight. Thilo Kehrer is a reliable candidate, Robin Gosens is currently outside of Inter Milan. Jonas Hofmann impressed against England as a winger, and before that as an option at right back. However, it has not yet been tested at the highest level.

And then there is the consuming debate that Germany is currently not succeeding in beating a "big one". No matter how close you are. It doesn't matter that the win against England was only prevented by a stupid action by Nico Schlotterbeck in the 88th minute (penalty foul on Harry Kane). Such moments can end fatally in the tournament. Flick himself made it clear that outside of world and European championships it doesn't matter whether there is a draw or a win at the end of a good game: "I know from experience with the national team, but also with Bayern Munich, that Wins are important for self-confidence, for self-image within the team, that you can win games, that you have the quality. That's what we're working on, those are the things that we have to work on."

The conviction to win games, to stay ahead, is still missing. A "mia san mia" as FC Bayern has so often carried it. "We're not at our peak yet," well-known title collector Thomas Müller. "For that you need results and more goals." But you don't have to "talk yourself into the negative. We feel good, we can feel the talent in the team. We also feel ready for games against other very good teams. That was confirmation today."

Gündogan warned to play the games more cleverly in the final phase. "This is the development step that we still have to take to bring games like this home. We have to be cooler, hold the ball better," he said in view of the hectic final phase. After the 85th minute you have to "buy a bit of time". If you get fouled, you have to "stay on the ground a little longer." The ripped-off teams would do it that way. "There is still a learning curve for us." This Saturday (8.45 p.m. on RTL and in the live ticker on ntv.de) the game in Budapest against Hungary is on the schedule. Three days later, the DFB selection will play against European champions Italy again in Mönchengladbach. Then further indications are collected of how world-class Flicks footballers are again. 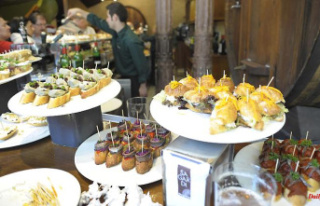