UEFA investigates after riots: Injured Eintracht fan is still being operated on in Marseille

Eintracht Frankfurt announces that the situation of the injured fan in Marseille is very serious, but his condition is now "relatively stable". 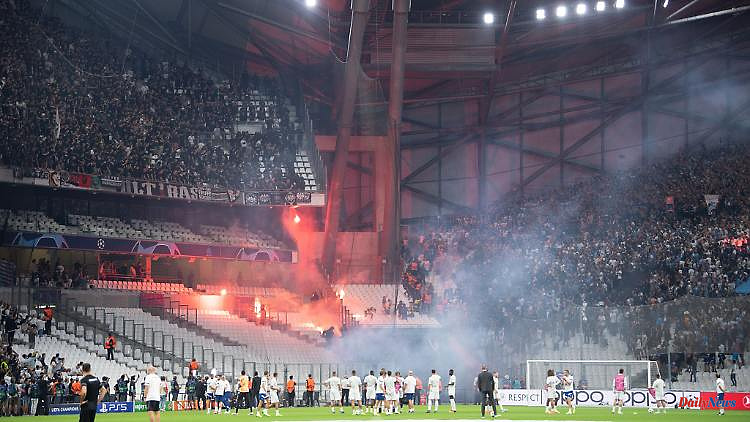 Eintracht Frankfurt announces that the situation of the injured fan in Marseille is very serious, but his condition is now "relatively stable". Now UEFA is investigating. Meanwhile, a fan has to answer in court after the riots before the 1. FC Köln game last week.

According to Frankfurt board member Philipp Reschke, the Eintracht fan, who was seriously injured in the Champions League game in Marseille, is "relatively stable now". However, it is still a very serious injury, as Reschke is quoted on the Hessen website. "It's a vertebral injury that occurred in the fall afterwards." The fan was seriously injured by a New Year's Eve rocket that exploded in the block. The trailer may still need surgery in Marseille, but the situation isn't 100% clear yet.

Reschke was also shocked by the events in Marseille the day after the game, which Eintracht won 1-0. "We expected it, but then experiencing it has a completely different quality. It's a bit of a legal vacuum that we had to identify on the side of the Olympique fans."

The European Football Union (UEFA) has launched an investigation into the incident. The federation's disciplinary committee accuses Eintracht fans of racist behavior. Other charges include throwing objects, setting off fireworks and damaging property. The OM fans also have to answer for throwing objects and setting off firecrackers. UEFA sees other violations in the use of laser pointers, the riots among the crowds and the blocking of escape routes.

Meanwhile, Reschke announced that he wanted to "enlighten meticulously" about the possible Hitler salute of a Frankfurt supporter. "The person concerned proactively contacted us during the first half and emphatically denies that it was such a gesture. Whether or not that is really a credible statement from him, we will find out in a personal conversation."

Meanwhile, after the riots before the game of 1. FC Köln at OGC Nice, a first fan has to answer in court this Thursday in the southern French city. The Frenchman, who was injured when he fell from the stands in the stadium, is accused of violence, the use of pyrotechnics and throwing dangerous objects, said the public prosecutor in Nice.

The man from the greater Paris area faces up to three years in prison and a fine of 45,000 euros. In an interrogation, the accused said neither about his behavior nor about the question of why he had traveled to the game between Nice and Cologne in the Europa Conference League.

A total of 32 people were injured in clashes before the game kicked off last Thursday, including two police officers and a steward. The prefecture had announced that it would identify those responsible. Paris Saint-Germain fans are said to have been involved in the clashes. The French champion had condemned the incidents.

1 Farewell to the Queen in London: That's why only... 2 Particularly high life expectancy: why are the British... 3 The day of the war at a glance: Ukraine celebrates... 4 State of the oceans "critical": Germany... 5 Tempting US tax benefits?: Tesla's battery cell... 6 Penalty at Hertha, BVB, Werder: DFB admits wrong decisions... 7 Bavaria: Heavy rain in the Upper Palatinate causes... 8 Baden-Württemberg: Municipal day: Expand the funding... 9 "The main thing is that they are warm":... 10 Around 40 people detained: Ukraine finds evidence... 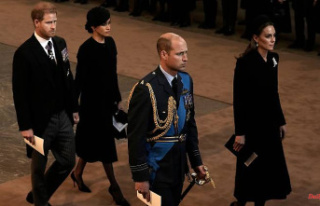 Farewell to the Queen in London: That's why only...