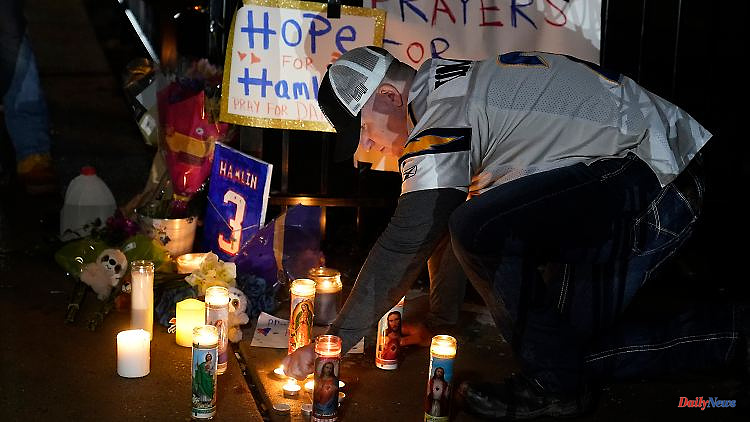 NFL pro Damar Hamlin remains sedated in intensive care after suffering cardiac arrest. His uncle worries about possible lung damage. However, according to his player agent, there are also improvements in the 24-year-old's condition.

Football pro Damar Hamlin remains in critical condition after suffering cardiac arrest in an NFL game. This was announced by his team Buffalo Bills. Hamlin is currently in the intensive care unit of a Cincinnati hospital and remains sedated. Hamlin's uncle Dorrian Glenn gave more details about his health on ESPN.

Accordingly, Hamlin's condition has improved compared to the lecture, but there are concerns about possible damage to the lungs. "I know he is struggling. We will continue to pray. He is in good hands with the medical staff who have done a great job," Glenn said.

Hamlin's player agent Ron Butler also told ESPN that the footballer's blood oxygen levels have improved. According to Glenn, Hamlin was resuscitated a second time not only on the field but also in the ambulance.

Hamlin collapsed after a usual defensive action during the Buffalo Bills game at the Cincinnati Bengals on Monday. The game was stopped when the Bengals were 7-3. It is not yet clear when the game will resume. This week, however, that will not be the case, as the NFL announced. The last main round game day in the football league is scheduled for the coming weekend. Both the Bills and the Bengals are already qualified for the playoffs, but still have room to improve their starting positions.

1 Saudi Arabia or South Africa?: Ronaldo's embarrassing... 2 Goalkeeper problem before the solution: FC Bayern... 3 "I'm too broken to type": Jeremy Renner... 4 "What's going on? Is it too difficult?":... 5 "I said yes": Jasmin Wagner is engaged again 6 Electricity from the roof: This is now changing with... 7 Labor law question: Can the boss dictate how to get... 8 Quite understandable: Termination also because of... 9 Contribution check 2023: These health insurance companies... 10 North Rhine-Westphalia: Record dog tax revenue in... 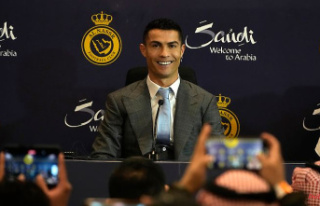