On his birthday and two days before he can defend his world title, Max Verstappen is cautious in training. 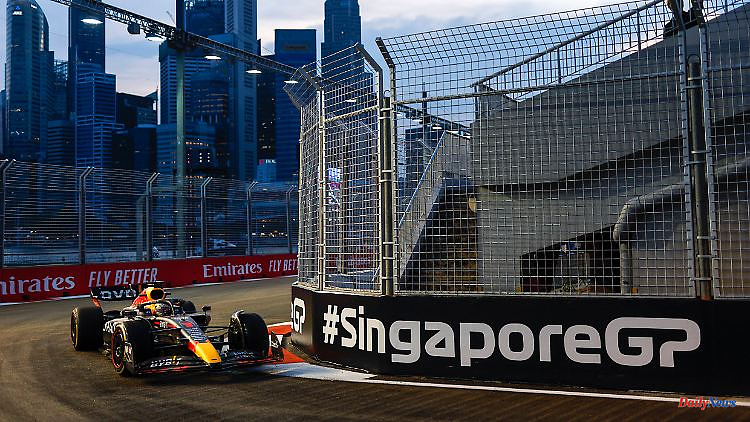 On his birthday and two days before he can defend his world title, Max Verstappen is cautious in training. Others drive away from the Dutchman. Alpha Tauri pilot Pierre Gasly causes a moment of shock.

Ferrari driver Carlos Sainz set the best time in the second Formula 1 practice session before the Singapore Grand Prix. The Spaniard pushed his team-mate Charles Leclerc into second place on Friday, third on the Marina Bay Street Circuit in the Asian metropolis was George Russell in the Mercedes.

On his 25th birthday, world champion Max Verstappen spent most of the practice session in the pits and turned his fastest lap very late, which was only enough for fourth place. It was not known whether a technical problem was the reason for the hesitation of the Red Bull star from the Netherlands.

Sebastian Vettel drove the Aston Martin in twelfth place, Mick Schumacher drove his Haas car in 19th place. Vettel had won the last race in Singapore three years ago. With five successes, he is also the record winner on the course. In the past two years, the Grand Prix had been canceled due to the corona pandemic.

There was a brief moment of shock when Frenchman Pierre Gasly's Alpha Tauri suddenly began to burn on the way to the pits. The small fire in the 26-year-old's back was quickly extinguished. However, to be on the safe side, Gasly immediately jumped out of the car. According to his racing team, the fire started after the fuel bleeder was connected.

Others had already been faster than the defending champion in the first practice session: record champion Lewis Hamilton had set the fastest time. The Dutchman was 0.084 seconds behind the Mercedes star from Great Britain. Behind Verstappen, Charles Leclerc in a Ferrari finished third on the narrow street circuit in Asia.

If Verstappen wins the race on Sunday (2 p.m. / Sky and in the ntv.de live ticker), he can complete his successful title defense early on and become world champion for the second time. However, he has to keep his main competitor Leclerc and his stable rival Sergio Perez at a distance. Before the 17th of 22 rounds of the season, Verstappen leads Leclerc with 116 points. After the Grand Prix, he would need a lead of 138 points to make the decision. Otherwise he can only become champion next week in Japan.

1 Diane Kruger stars in Akin's miniseries about... 2 For a visit to the tomb: People continue to queue... 3 Respond to price increases: gas surcharge is a thing... 4 Putin's fall not enough: Navalny outlines the... 5 Salinity too high: authorities: algae bloom caused... 6 Assault on police station: 19 dead: German arrested... 7 The day of the war at a glance: Putin celebrates annexations... 8 80-meter sprint to happiness: Sensational solo in... 9 Explosion at educational facility: 30 dead after suicide... 10 Nine-episode documentary: RTL shows five years in... 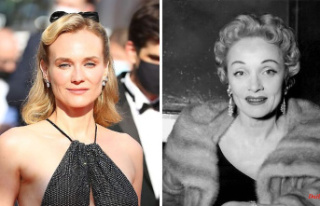