Eleventh place at the Spanish Grand Prix is ​​not what Sebastian Vettel is hoping for - the Aston Martin driver is even better than expected. 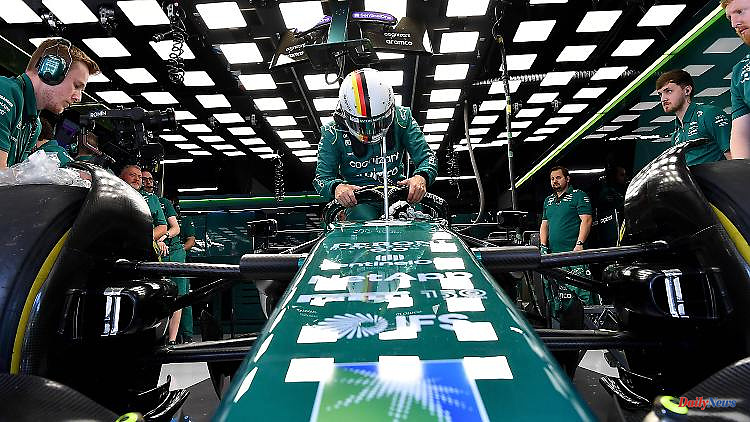 Eleventh place at the Spanish Grand Prix is ​​not what Sebastian Vettel is hoping for - the Aston Martin driver is even better than expected. The ambitious Formula 1 team is looking for solutions to its big problems. The ex-world champion draws a lousy interim conclusion.

The Spanish Grand Prix in Barcelona is more than just an ordinary race for the Formula 1 teams. On the 4.675 kilometers of the Circuit de Catalunya, the cars will be tested for their performance as a complete package for the first time in the course of the season. The track layout gives the teams more answers than other circuits: How does the car behave in slow corners? Like in fast corners? How on the straight? How about braking and how about accelerating out? Finding all of this out at just 4,675 meters is priceless.

At the same time, Barcelona is the place where major updates are brought to the track for the first time in a season. There are other reasons for this in addition to the special characteristics of the course: the teams have had enough time before the race in Spain to thoroughly analyze the strengths and weaknesses of their own car and the cars of the competition, and to develop and produce new parts. In addition, the company's own factory is in almost all cases in Great Britain or Italy and therefore not far away. This saves costs and enables a quick response if parts need to be replaced or subsequently delivered.

All of this makes Barcelona a place of hope for Formula 1 teams. Hope new parts work. Hope to close the gap to the competition or increase the lead. And the hope that the season will be a success. This is where Aston Martin and Sebastian Vettel come in. Because for them, that hope vanished into thin air on the Circuit de Catalunya.

As the biggest "underperformer" of the 2022 season, Aston Martin brought perhaps the most radical updates to Barcelona. The team was once again inspired by the competition. In 2020 and 2021, the bolide showed amazing similarities to the Mercedes, in 2022 the inspiration was apparently Red Bull. The world motorsport association FIA did not see any direct violation of the rules in this, but Sebastian Vettel's further developed AMR22 was already described in the paddock last weekend as "greener Red Bull" mocked.

Vettel and Co. then found out the hard way that promising concepts from other teams cannot be transferred 1:1. In qualifying, Heppenheimer and teammate Lance Stroll failed in Q1. The four-time world champion couldn't hide his frustration. "Everyone else took a clearer step forward, while we stopped a bit or even fell back," Vettel raised the alarm. Stroll was also annoyed and complained: "We were just miles away from the pace."

It didn't get any better in the race on Sunday either. Vettel's eleventh place was significantly better than the performance of the "new" AMR22. The German summarized on the radio: "Grateful for eleventh place, but that was tough. In terms of speed, it was pretty boring. The car was difficult to drive." In the interviews that followed, the four-time world champion didn't mince his words and relentlessly settled accounts with his car. "We are dependent on our car. I had a good car most of the time and not at the moment," he said.

Vettel did not want to blame the team itself or individuals. The 34-year-old praised the effort and work that went into the AMR22. The Heppenheim native could not and did not want to hide the fact that the result of this work is devastating. "In the race we were running with the qualifying pace of Formula 2," he made a devastating verdict.

What remains for Aston Martin after the Barcelona days are helplessness, disappointment and anger. The team has put its resources into developing new parts that obviously don't work (yet). In addition to money, the team also lost time. The fact that the AMR22 was "reverse engineered" at the same time, as Vettel put it, is the "worst case" so often cited.

Aston Martin still has 16 races to take the step forward this season that the ambitious racing team had planned for 2022. However, the prospects of being able to attack the top with the cars, which have been completely redesigned due to the rule changes, are pretty bad. At least if there is no radical change in the car's performance. However, there are currently no signs of this.

1 "Has set the club on fire": ex-president... 2 3G will be dropped in summer: the government is relaxing... 3 The night of the war at a glance: Ukraine reports... 4 Mecklenburg-West Pomerania: Showers and local thunderstorms... 5 Mecklenburg-Western Pomerania: Transporter throws... 6 Yachts and real estate: EU freezes ten billion euros... 7 German Presidency of the Council of the Baltic Sea... 8 Mourinho reaches for the record: The biggest joker... 9 Council of the Baltic States without Russia: Offshore... 10 Saxony: Fire in an apartment building: 14 residents... 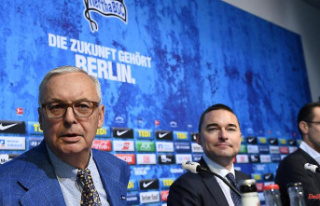