In Russia, US basketball star Brittney Griner faces ten years in prison in a penal colony. 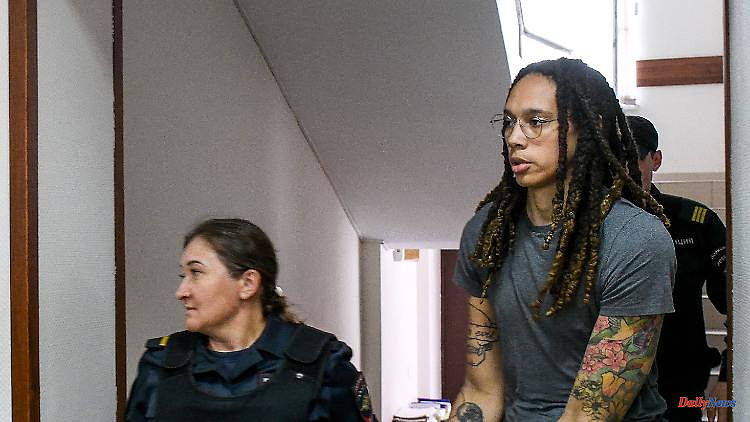 In Russia, US basketball star Brittney Griner faces ten years in prison in a penal colony. President Joe Biden is campaigning for their release, while many others are protesting the detention on apparently flimsy grounds. Russia doesn't like it at all.

Russia has criticized the Washington government's "public hype" about jailed US basketball player Brittney Griner as unhelpful. According to Russian news agencies, Deputy Foreign Minister Sergei Ryabkov said that the excitement surrounding Griner "distracts from the case" and "disrupts". On Wednesday, US President Biden declared the release of the US citizen imprisoned for drug smuggling in Russia to be a "priority" and spoke to Griner's wife on the phone.

Ryabkov said the US should rather take into account "the signals coming from Russia." His call came on the day of the second hearing in the trial of Griner, who is on trial in the Moscow suburb of Khimki. According to Russian law, the 31-year-old faces up to ten years in prison in a Russian penal colony. According to high authorities in Washington, Griner is being held "wrongly and under unbearable circumstances."

While observers are already speculating about a possible exchange of prisoners between the United States and Russia, according to the deputy foreign minister, "the result of this process must first be awaited," Ryabkov said.

A spokesman for the Russian Foreign Ministry had already taken a hard line the day before. The offense of the 31-year-old, for which up to ten years imprisonment threatened, was a "serious breach of the law," said the spokesman. At the same time, he said that after a conviction, Griner was free to contest the judge's verdict or to write a petition for clemency. Anyone in Russia who applies for a pardon from the Russian President must also admit their guilt.

Griner had previously written a letter to Joe Biden that was symbolically deposited in the White House on July 4, US Independence Day. In it, the athlete begged the President not to "forget" her. The star player of the US professional league WNBA was arrested at Moscow's Sheremetyevo Airport in mid-February. According to authorities, officers found cartridges for e-cigarettes with cannabis oil in Griner's luggage. The amount was less than a gram of solid cannabis, prosecutors said on Friday.

The conflict over the basketball star comes amid rising diplomatic tensions between the US and Russia since Russian military operations in Ukraine began on February 24. 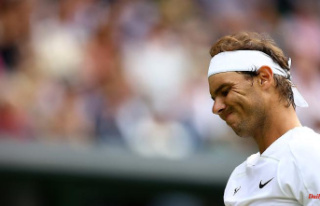 Of pain and demons: Kyrgios, Nadal and their struggles...