With a deserved victory, hosts England start the European Football Championship for women. 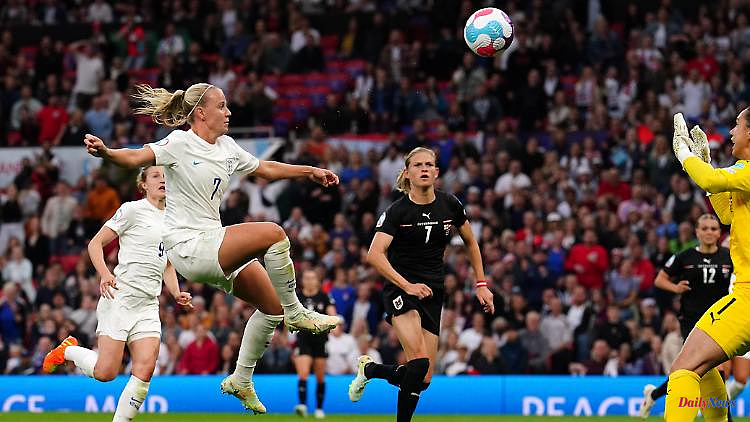 Successful start in front of a record crowd: England's footballers have made a successful debut in the mission to win the title at the home European Championship. The "Lionesses" of national coach Sarina Wiegman defeated Austria 1-0 (1-0), but have to improve as the tournament progresses if England's first European Championship triumph is to be at the end. Beth Mead (16') gave the hosts the lead in Manchester with a lob, England didn't score any more despite their superiority: Austria proved to be the expected fierce opponent, who fought back with a lot of effort.

The enthusiasm for women's football in England was palpable from the start, 68,871 fans came to Old Trafford - they pulverized the previous attendance record for a European Championship game from the final in 2013 (41,301 in Solna, Sweden). And the big backdrop left quite an impression, both teams were nervous.

England's first chance was delayed until the 12th minute, but Lauren Hemp's header went well over Austria's goal. But: England gradually picked up momentum, Mead used an assist from Fran Kirby to take the lead - she lifted the ball over the rushing goalkeeper Manuela Zinsberger and let the fans cheer for the first time. The VAR confirmed the goal after the ball was cleared off the goal line.

The goal gave England a sense of confidence, with Wiegman's team taking control but struggling to get into finishing positions. Austria, with seven well-known players from the German Bundesliga in the starting XI, didn't allow much - but almost went into the break 0-2. Zinsberger made a strong save against Hemp (45.2). Even after the break, the balance of power hardly changed. England was superior but too harmless. Austria braced itself vehemently against the impending defeat.

In Group A, Norway and Northern Ireland will also meet on Thursday (9 p.m. / DAZN), Germany’s soccer players will play their first European Championship game against Denmark on Friday (9 p.m. / ZDF and DAZN). Other opponents of the DFB selection are Finland and Spain, which is considerably weakened after the serious injury to world footballer Alexia Putellas (torn cruciate ligament). 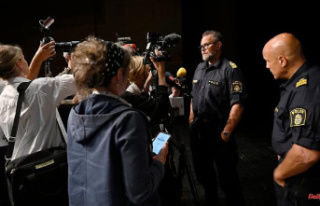