Formula 1 qualifying in Canada could not have gone better for Max Verstappen. 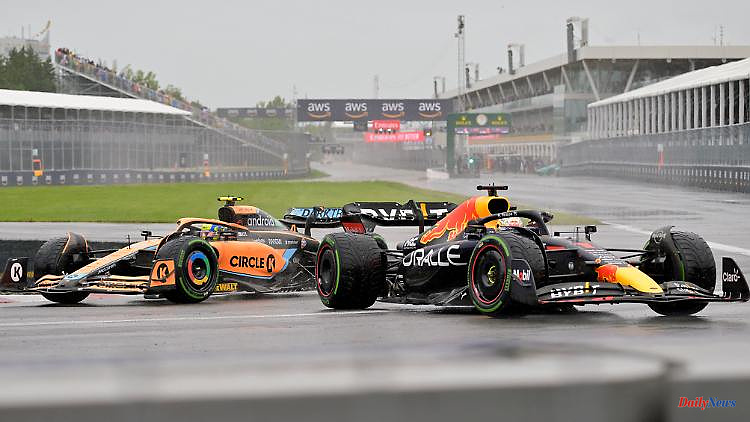 Formula 1 qualifying in Canada could not have gone better for Max Verstappen. The Red Bull driver is on pole on a drying track, the World Championship competition is knocked off. Fernando Alonso dominates, Mick Schumacher starts as far ahead as ever. Sebastian Vettel is helplessly disappointed.

Max Verstappen is the big winner of qualifying for the Canadian Grand Prix. On the drying track in Montreal, the reigning world champion and current championship leader outclassed the Formula 1 competition and secured pole position with a time of 1:21.299 minutes. Next to him in the first row starts on Sunday (8 p.m. / Sky and in the live ticker on ntv.de) sensational Fernando Alonso (0.645 seconds). The Spaniard drove his Alpine for the second fastest time of the day - it's the best result for the French racing team since they returned in 2016.

The Haas team also celebrates an outstanding result. Mick Schumacher showed a courageous driving style despite the changeable and therefore demanding conditions and, in sixth place (2.057), is further up the grid than ever before in Formula 1. Immediately ahead of him in fifth place, Kevin Magnussen (1.661) also managed a strong qualification, both therefore go into the Grand Prix on the Circuit Gilles Villeneuve with legitimate hopes of scoring points. For the German, it would not only be the first since his rise from Formula 2, but also the perfect reaction to the criticism that has been growing for weeks.

Third place on the grid goes to Carlos Sainz in the Ferrari (0.797), who at least limits the damage for the Scuderia. Charles Leclerc has to work on his engine from the end of the field due to extensive conversion work after the aggregate of the World Cup contender went up in smoke in Baku the previous week. Fourth is Lewis Hamilton (1.592), who also wins the internal Mercedes duel because George Russell (8th / 2.258) is the only one who switches from intermediates to dry tires in the final qualifying section, but cannot improve with that.

Sergio Perez, on the other hand, is causing disillusionment at Red Bull, whom Leclerc could meet much earlier than expected when catching up. The Mexican, who became the first Verstappen pursuer after his success in Monaco and second place in Baku, parked his company car in the barriers in Q2. The damage is limited according to the pictures, but a red flag follows and Perez has to get out. After a short break, the hunt for times continues, on a drying track the second in the World Cup is passed up to 13th place - because Leclerc does not do any more laps in view of the penalties.

Meanwhile, Sebastian Vettel is experiencing a bitter disappointment, especially after the impressions from the final training session. After the surprising third place in the dress rehearsal, the Aston Martin driver fails in Q1. On the slowly improving track, Vettel is a whopping four tenths of a second behind in 15th place, and in 17th place he misses the leap into the second section. "No grip," he radioed grumpily on the way to the pits, audibly expressing his frustration.

The fact that Alex Albon made this leap into Q2 in the Williams, while Lance Stroll in the second Aston Martin was more than a second behind Vettel in 18th place, the ambitious team of the four-time world champion had to record it as a clear defeat. The recent, at least slight upward trend has thus been interrupted. For Vettel, after 10th place in Monaco and 6th place in Baku, this time it will be about getting closer to the points as quickly as possible. Dry conditions are the order of the day, which should make the search for grip, which was unsuccessful today, a little easier.

"We had some problem," suspects Vettel afterwards on the Sky microphone, otherwise the drop in performance to the very solid training cannot be explained, "it must have been something." After all: Due to the starting place penalties against Leclerc, Vettel gains another position and will start from 16th place. But "we are further behind than we wanted." When Formula 1 last made a guest appearance in Canada before the pandemic, in 2018 and 2019, he started the race from pole in the Ferrari.

1 First medal at the swimming world championships: Märtens... 2 With Halle in top form after Wimbledon: Only the number... 3 "Pedal cars for Formula 1?": Conservative... 4 Transfer rumors are "nonsense": Hinteregger... 5 Fortnite star soon?: Özil is planning a new career... 6 "Car is now undrivable": Hamilton complains... 7 "Get a kick in the butt": "Paralyzed"... 8 There is also a dispute with the city: Hamburger SV... 9 "Planet Eater" from Balingen: Why the German... 10 Wacky finals without a winner: The most incredible... 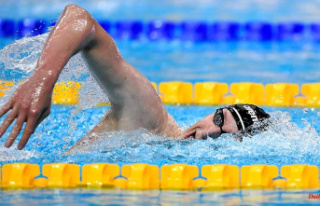