Via "Götze"-Way to Qatar ?: Julian Draxler saves himself at the last second

Will Julian Draxler travel to Qatar for the World Cup with the national team? Not clear. 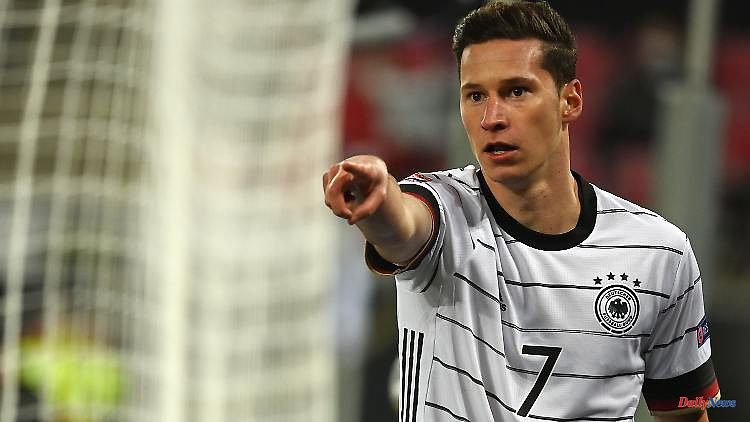 Will Julian Draxler travel to Qatar for the World Cup with the national team? Not clear. But the 28-year-old at least gets the chance. Instead of falling into provincialism and insignificance at Paris St. Germain, he changes and continues to play in the Champions League.

Time was short, the pressure to act was high: Julian Draxler found a new club hours before the summer transfer window closed and thus escaped the threatened banishment to the reserves of the French champions Paris St. Germain. Instead of playing in the fifth French league after September 1 against quite charming-sounding clubs like Entente Sannois Saint-Gratien, Jeanne d'Arc de Drancy or Le Blanc-Mesnil Sport Football, he prefers to play against PSG in the future. In the Champions League. With Benfica Lisbon, although the public announcement is still pending (he was there yesterday for the medical check). To a certain extent, the 28-year-old follows the path of the DFB fellow sufferer Mario Götze.

Why? Because Draxler is now coached by Roger Schmidt. He took over the Portuguese giants exactly two months ago and is unbeaten in the league so far. Nevertheless, he had wanted an offensive all-rounder and opted for the native of Gladbeck. Actually, Daichi Kamada should have come, but the departure of the "Mr. Europacup" from Eintracht Frankfurt was still shattered despite the alleged agreement between the player and Benfica. The Europa League winner from Frankfurt had signed a new midfield star in the same world champion Götze. Rising from a career low. Resurrected at PSV Eindhoven, where Schmidt was his coach. Clear so far?

With his last-minute change, Draxler not only saves himself from provincialism and sporting insignificance, but with the transfer he also saves the chance of a place in national coach Hansi Flick's World Cup squad. In the past few months, he had outlined very clearly what the criteria for a nomination are: form and match practice. Both are usually closely intertwined. "We need players who are in rhythm," he had said: "We don't have any time to improve anything." Means: If you have no practice, you have bad cards. So Draxler is back in the game.

If he had stayed in Paris, he would have fatally thrown away his chance. Because his time at the luxury ensemble was finally over. The new coach Christophe Galtier had brutally squandered all hopes of earning a place in the team again during the course of the season (even better the first half of the season). Because the squad consisted of more than 50 players when he took office, he took action and demoted 20 players. In addition to Draxler, they also included Thilo Kehrer, who has since switched to West Ham United. Kehrer is a regular there, but scored an own goal against strong Tottenham Hotspur on Wednesday evening.

For Draxler, a strange time in the French capital ends with the change, which has to be announced this Thursday. The 28-year-old has played 198 times for the club, whose desire to triumph in the Champions League is growing ever more gigantic, scoring 26 goals and providing 41 assists. That's a very decent record. But the national player never really managed to get stuck in the first eleven in the wild coaching rotation at PSG. He was a regular at times, then he was a regular on the bench again before being completely discarded before this season. He had reached the low point of his career. That should change now. In Lisbon. with Smith. As with Gotze.

During their time together at PSV Eindhoven, the German coach had led the 2014 world champion maker out of the valley in an impressive manner. Götze played so well in the Netherlands that a) he became interesting again for the Bundesliga and b) he is back on the list of candidates for the World Cup squad. Draxler averted the crash, now it's up to him to find the right route from Lisbon to Qatar. 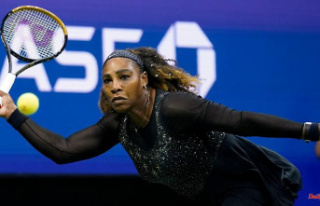 Victory against second in the world rankings: Serena...