Victory in their own stadium: RB Leipzig ends cup odyssey with goals

The cup game between RB Leipzig and Teutonia Ottensen is going to be an odyssey in the run-up: the encounter can neither take place in Hamburg nor in Dessau, and in the end the Bundesliga side wins clearly at home. 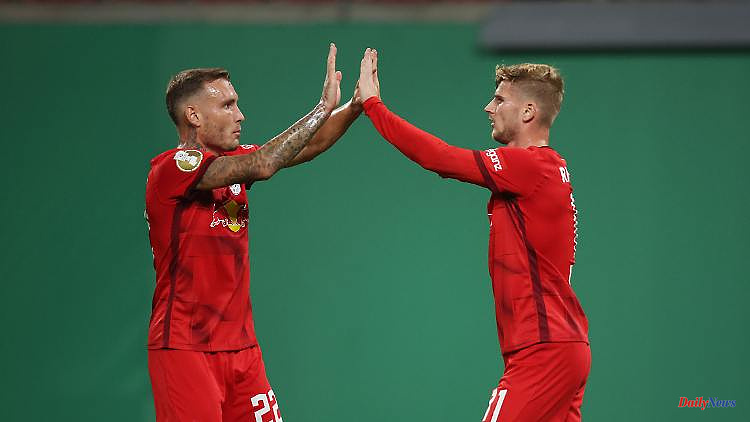 The cup game between RB Leipzig and Teutonia Ottensen is going to be an odyssey in the run-up: the encounter can neither take place in Hamburg nor in Dessau, and in the end the Bundesliga side wins clearly at home.

The poker around the new sports director Max Eberl is faltering, in the DFB Cup, on the other hand, RB Leipzig, led by Timo Werner, easily made it into the second round. As expected, the defending champion clearly defeated the fourth division team Teutonia Ottensen 8:0 (4:0). Werner (19th minute/20th/43rd), André Silva (41st/53rd), Emil Forsberg (56th), Christopher Nkunku (77th) and Dani Olmo (90th) scored in front of 13,084 fans in the Leipzig stadium. ). But the dominant issue was once again Eberl's desired commitment. And it becomes more specific.

RBL boss Oliver Mintzlaff confirmed on Tuesday that he had already approached Eberl's club Borussia Mönchengladbach. "Yes, we are interested in Max Eberl and yes, we have had initial talks. What is reported completely wrong, however, is that there is already an agreement and an entry date. Of course we informed Gladbach of our interest, nothing more and nothing less has happened so far," said the 47-year-old of "Bild".

Gladbach announced that the talks had so far been "unproductive". Eberl's contract is suspended, but the manager is tied to the traditional club from the Lower Rhine until 2026. It can almost be ruled out that Eberl will then fail in Leipzig's second cup game on 18/19. October already has the sporting say. Mintzlaff would like this, but according to media reports, Eberl is more likely to start around the turn of the year. First of all, an agreement has to be reached with Gladbach about a fee.

If Eberl watched the game against Ottensen on TV, he mainly saw the second row in the Leipzig team. Coach Domenico Tedesco made six changes to the starting eleven compared to the first win of the season against Wolfsburg. That didn't inhibit the flow of the game, but Ottensen was simply too inferior. Silva's (8th) header against the post was still a warning, then Werner basically made the decision with a brace. The national striker also prepared Silva's third goal before he scored the break himself.

After the change, Silva raised, then Forsberg hit the heel – before Tedesco made four changes and switched from three to four backbones. Leipzig got bogged down a little too often in the beautiful game, substitute Nkunku scored after a long period without a real chance before Olmo was also successful.

The Leipzigers played the game at home because Ottensen only has an artificial turf pitch, the club at home in Hamburg had been turned down by both HSV and FC St. Pauli when they were looking for an alternative quarters and the turf was willfully damaged at the alternative place in Dessau that was then chosen was. The RB managers want to send the entire revenue to Teutonia.

1 Mourning for statesman Gorbachev: "We will never... 2 Gorbachev is dead: hated at home, respected in the... 3 Only optional rule planned: FDP talks Heil out of... 4 No new boss found yet: RBB abolishes bonuses for executives 5 Mecklenburg-Western Pomerania: High demand and problems:... 6 Energy talk with Markus Lanz: DIW boss Fratzscher... 7 Appearance at the UN?: Diplomats are preparing for... 8 Changes to the launch procedure: NASA wants to dare... 9 Mecklenburg-Western Pomerania: Labor market: No trend... 10 Bavaria: FC Bayern decides the first round of the... 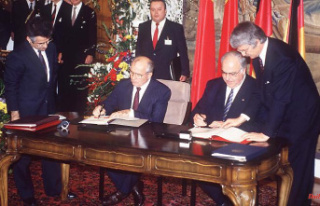 Mourning for statesman Gorbachev: "We will never...