In football there are breakdowns, in Formula 1 form breakdowns. 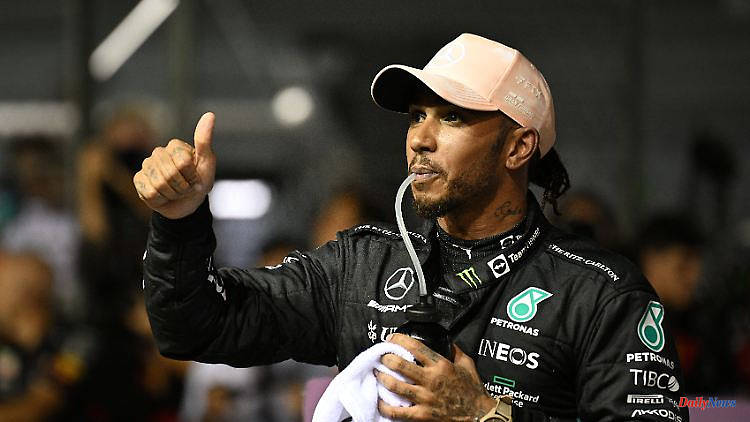 In football there are breakdowns, in Formula 1 form breakdowns. Because Mercedes did not properly register a nose piercing by Lewis Hamilton, the race stewards are investigating the race in Singapore. Her tough verdict: a fine of 25,000 euros. Since the top performance of the Briton falls into oblivion.

The Mercedes Formula 1 team has been fined 25,000 euros because record world champion Lewis Hamilton wore jewelry in the cockpit. The Briton was not personally punished for wearing his nose piercing in training for the Singapore Grand Prix, but the racing team was punished because an inaccurate self-regulation form had been submitted to the world motorsport association, the FIA.

The teams themselves are responsible for ensuring that drivers and vehicles start at the official sessions in accordance with the rules. However, Hamilton's nose stud was not noted on the form on Saturday. The 37-year-old said after finishing third in qualifying that he didn't wear the jewelry on purpose to provoke. The FIA ​​has been tougher since the start of the season and do not want drivers to wear jewelry behind the wheel. This is dangerous in the event of an accident, it is said, among other things.

"The team assumed, without consulting Hamilton, that he had followed or would follow the same procedure in this competition. The stewards acknowledge that the error in the declaration in this case was not premeditated or intentional, but it would not have occurred "if the team had checked with Hamilton before completing and submitting the declaration. In these circumstances, we are imposing a fine of €25,000 on the team," the FIA ​​​​statement said.

And further: "The stewards listened to Hamilton and the team representative and examined video and audio evidence. The footage showed that he wore a piece of jewelry in the form of a piercing (nose stud) during qualifying. Hamilton acknowledged this fact but explained that his doctors had advised him not to remove it for the time being."

Hamilton referred to a medical certificate from his doctor. According to his own statements, he should wear the piercing again after various problems such as an infection. Mercedes was unaware that the seven-time world champion was wearing it again in Asia, according to the FIA ​​report. In the past few months, Hamilton had adhered to the jewelry ban, but repeatedly questioned its usefulness.

1 Cabin curse, jacket throw, frustration: gigantic puzzle... 2 F1 budget dispute escalates: Red Bull sees itself... 3 Brutal attack in Somalia: Islamist terrorist militia... 4 Relative deceased: You should take care of these 7... 5 Hesse: chase over several highways: arrest 6 Saxony: Saxony's most beautiful harvest crown... 7 First visit since the beginning of the war: Lambrecht... 8 The day of the war at a glance: After the fall of... 9 175 years of Siemens: A corporate headquarters in... 10 Niclas Füllkrug with World Cup application: record... 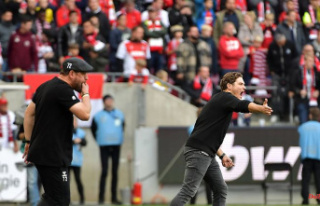