Wacky finals without a winner: The most incredible championship of all time

It is still the only German football championship without a winner. 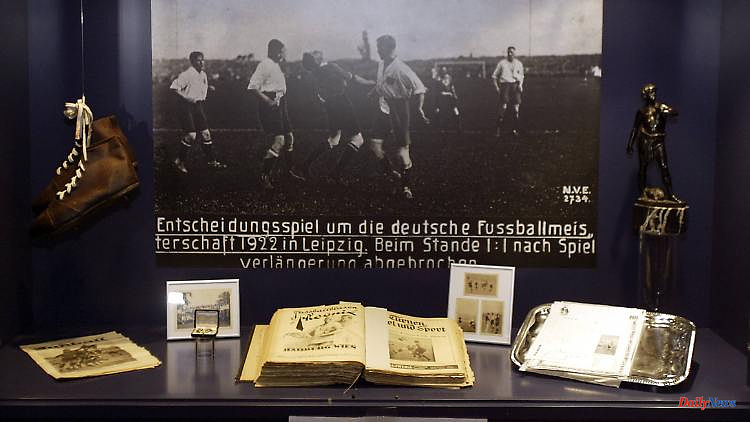 It is still the only German football championship without a winner. Exactly 100 years ago, Hamburger SV and 1. FC Nürnberg faced off in two incredibly intense games. But even after almost 300 minutes nothing was decided.

"Only darkness puts an end to the almost four-hour struggle. Immense demands on the referee, who breaks down at times after three and a half hours." These are the spectacular events of June 18, 1922 in Berlin in the words of the astonished observer of "Football" magazine. And in fact, referee Peco Bauwens, who later became President of the DFB, had been lying on the ground for a while, plagued by cramps and was only able to get up with difficulty. The game in Grunewald was the spectacular gallop in the tough fight for the German football championship in 1922 between Hamburger SV and 1. FC Nürnberg - and in the end it was actually to remain without a winner for the first time and to this day unique.

The spectators who were there on that legendary summer evening in 1922 in Berlin still spoke with shining eyes many years later about the experiences of this very special game, which first began in blistering heat and was then accompanied by heavy rain showers. In the "Festschrift zum Stiftungsfest" of Hamburger SV, the incredulous fan Franz Bunge remembered the game like this: "Grotesque scenes happened. Often a player who had fallen was no longer able to get up on his own. Then spectators ran onto the square and carefully put the man back on his feet." But after 189 minutes of play - around 9 p.m. - in the Grunewald Stadium, nothing worked for both teams and the referee. But referee Bauwens did not whistle because of the almost unbearable exhaustion of all the men on the lawn - but for another, almost banal reason: meanwhile it was dark in Berlin.

The fact that Hamburger SV reached the final at all was a small sensation, because the Hanseatic League had only finished third in the table during the season, but were still allowed to take part in the final round of the North German championship as defending champions. And after winning this, they surprisingly knocked out not only Titania Stettin, but also the highly favored team from Wacker Munich. But in the final against the winners of the last final, 1. FC Nürnberg, almost all experts are of the opinion that HSV should finally end the game. But things turned out differently. Spectacularly different.

After just 17 minutes, the Hanseatic League took the lead against the club, which had to do without its star player Hans Kalb ("Club without calf - half"). But then Nuremberg turned up the heat and scored 2-1 within just 16 minutes. And the Franks kept the result for a long time. Very long. Until the 86th minute. Then Hamburg, who were constantly pushing in the second half, redeemed Hans Flohr with his goal to make it 2-2. Now there was an extension.

And it became a make or break battle. Paramedics rushed out onto the rain-soaked pitch 19 times that evening to treat injured players. Both teams gave nothing. But one player in the club in particular was a thorn in the side of the people of Hamburg. Anton Kugler, a tough defender, was accused by the Hanseatic League of being particularly rough on the matter. But the man from Nuremberg only opened his bleeding mouth briefly - and pointed to five teeth that should have been knocked out that day. Crazy, unbelievable scenes took place on the day of the final of the German soccer championship in Berlin's Grunewald Stadium.

And since there was no penalty shoot-out back then, extra time had to be played until one of the two teams scored a goal. But that's where the troubles of the evening began. Neither Hamburg nor Nuremberg scored. And after referee Peco Bauwens, as described, just couldn't take it anymore, everyone involved was happy that darkness finally ended the game after more than three hours.

But the second final on August 6th in Leipzig also went down in the history of German football. Over 60,000 spectators wanted to see the game, but the stadium was only allowed for 40,000. And after the special trains from Hamburg were also late (HSV star player Tull Harder: "If our battle strollers can't get in, then without us"), the whole thing slowly but surely developed into a real spectator disaster. It was only more than half an hour late that the match finally kicked off because both teams were stuck in the crowd - and couldn't get onto the pitch at all.

And again it was extended. Both teams gave their all - but Nuremberg in particular was hit hard that afternoon. Substitutions weren't allowed yet, so after 107 minutes and two sending-offs and two injuries there were only seven club players left on the pitch. But it had to be eight. And that's how referee Peco Bauwens ended the game - but made a formal error because he illegally stopped the match during the break in the first overtime. When the DFB then declared Hamburger SV the winner, the people of Nuremberg successfully lodged a protest. But the football association came together again and finally decided that HSV was the winner of the German football championship in 1922.

However, the Hanseatic board members of the Rothosen agreed afterwards that they would not claim the title. And although the fans of HSV naturally saw it differently, the championship of 1922 is still the only one that, despite two unbelievable finals, did not end up with a winner. In a way, though, this makes all the happenings of the summer of a hundred years ago so phenomenally special. 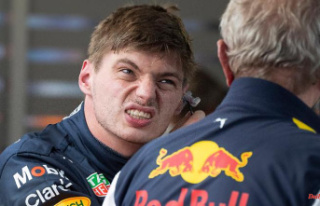