The constant victories and opponent humiliations of FC Bayern Munich are slowly becoming no longer fun for even the most die-hard fans of the Bundesliga. 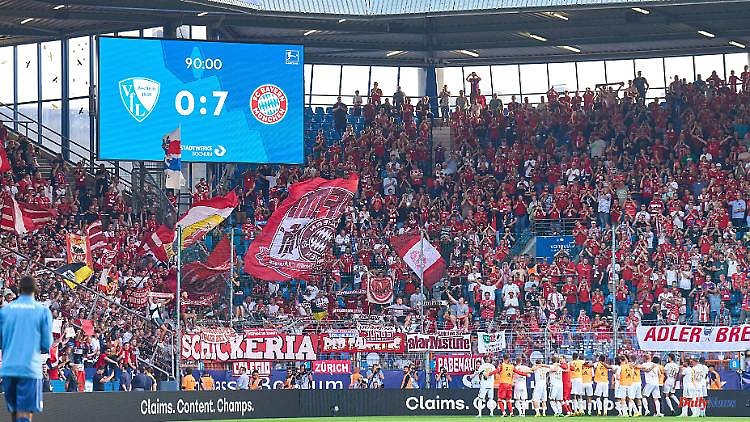 The constant victories and opponent humiliations of FC Bayern Munich are slowly becoming no longer fun for even the most die-hard fans of the Bundesliga. Something will probably have to happen so that the league doesn't lose its appeal completely. Maybe something new is emerging in Berlin?

Do you know "Delay Sports"? No? To be honest, neither did I until last night. But then we came home from FC Bayern Munich's 7-0 away win at VfL Bochum and my ten-year-old son said: "If Delay Sports play in the first or second Bundesliga, then we will support them." By "we" he meant himself and his three-year-old brother. Since then my heart has been bleeding.

I have followed forty years of the almost 60 years of the Bundesliga with an alert mind and mostly with a lot of enthusiasm. And until yesterday I also said that as a supporter of a small, likeable club that has never won a title, I don't give a damn that Bayern haven't had a league competitor for the championship for a decade.

But yesterday's game changed a lot. It's just not fun anymore when the miracles are gone after four minutes and you only look at how bad the defeat is at the end of the day. And I say that as a fan of a club that - as I was able to see from a statistic by Tobias Escher that Pit Gottschalk published in his newsletter today - is actually one of two promoted teams in the last ten years who have beaten Bayern. In no less than two out of 44 Bundesliga games, supporters of a promoted team were able to annoy the record champions. A truly sad result!

Because: A game should always have the chance of a surprise - but slowly but surely, in games against Bayern, the only question for the vast majority of Bundesliga clubs is how bad the humiliation will be. And I'll be honest: I don't understand the Bayern fans either (anymore). How can they still celebrate games like yesterday? In the end it's like a game of chess between Garry Kasparov and a three-year-old. Nobody expects Kasparov to take off his shirt and wildly intoned chants of joy. But well, everyone has to know that for themselves - and in the end it's not Bayern's fault.

But what everyone involved in the Bundesliga should know: the way the record champions are dominating the league is not healthy. To exaggerate, one could say that Bayern will gradually destroy the league with their victories. It's a pity that things have obviously gotten to the point where we now have to seriously consider reforming such a genuinely successful model as the Bundesliga. That's where the heart bleeds, too, because this simple game of twenty-two people playing ninety minutes, divided into two halves, with one ball for two goals is as simple as it is ingenious.

But football will probably (have to) change radically worldwide in the next ten years anyway. The consumer behavior (not only) of the younger generation is currently undergoing a change, which in all likelihood will not stop at sport. And that brings us back to Delay Sports. Elias Nerlich is the name of one of the men who inspires my two sons. As an e-sportsman, you know him from the Internet. And then last year, together with friends, he founded a "real" football club. Get out of the net and into real (offline) life. An exciting, courageous decision that inspires. Above all, of course, the fans of Nerlich

But even as the father of two adolescent boys, I find the idea - away from the screen, out onto the lawn - appealing. And even though my heart will bleed one day when we are no longer able to watch our VfL games side by side, I can understand the enthusiasm for the new club. Because Delay Sports Berlin is an adventure for the boys, a wild story where the outcome is not as clear as in a game between FC Bayern Munich and our VfL Bochum. And I don't begrudge my two boys the successes that they will probably be able to celebrate with Delay. Because at the weekend, the Berliners started their first season in the district league C with a rifle festival. And who knows: football is so crazy - maybe one day they will even be able to stand up to Bayern?! 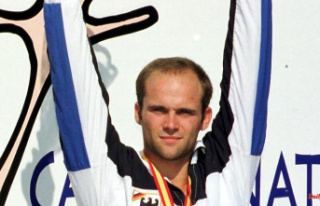