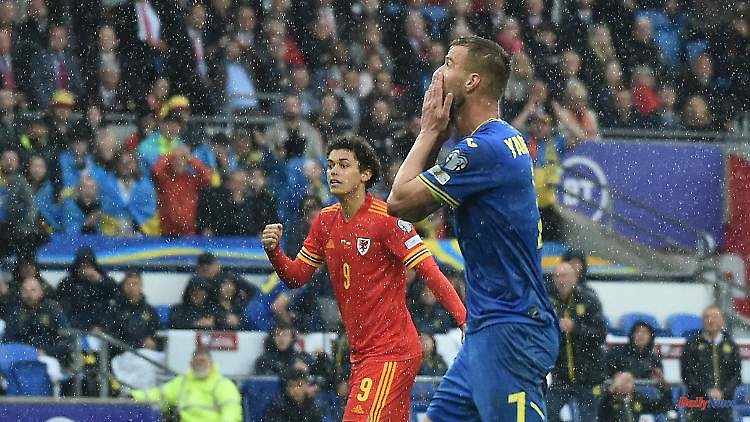 Ukraine dramatically misses the World Cup in Qatar. The national team of the war-torn country loses the last ticket to Europe in the playoff game to Wales. An own goal, of all things by captain Andriy Yarmolenko, shattered the dream.

The little football fairy tale in dark times has failed to materialize: the national team of war-torn Ukraine has dramatically missed the last European ticket for the World Cup finals in Qatar. In the playoff final in Cardiff, coach Oleksandr Petrakow's team lost 1-0 (0-1) to hosts Wales through an own goal by former Dortmund player Andriy Yarmolenko (34').

Wales are happy about their second participation in the World Cup after 1958. Opponents in preliminary round group B in Qatar (November 21 to December 18) are the USA, Iran and runner-up England. Ukraine has so far only qualified for the 2006 World Cup in Germany. "It's a final. Each of us has to deliver the best performance of our lives," said star player Oleksandr Zinchenko from English champions Manchester City.

The determination of the Ukrainians, who surprisingly won 3-1 in Scotland on Wednesday and kept their World Cup dream alive, was also impressive at the Cardiff City Stadium. Zinchenko sunk a free kick into the goal (3') in the constant rain, but the Spanish referee Antonio Mateu Lahoz had not yet released the ball.

Benfica's Roman Yaremchuk tested Welsh keeper Wayne Hennessey with a hard shot after 12 minutes. Wales, who had already reached the play-off final by beating Austria 2-1 in March, almost exclusively relied on counterattacks in their own stadium during this phase.

Despite their uncoordinated preparation since the outbreak of war on February 24, the Ukrainians had the events well under control, Zinchenko (30th) again caused danger with an attempt from 18 meters, Hennessey became the best of the eleven Welshmen.

Their star player Gareth Bale remained pale for a long time - then came the 34th minute. The professional of Champions League winners Real Madrid curled a free-kick from the left in front of the goal, where Ukraine captain Jarmolenko unluckily tried to clear his own goalkeeper. Ukraine remained unimpressed, shortly after his mishap Yarmolenko called for a penalty (40th).

After the change of sides, Aaron Ramsey missed the chance to raise for Wales from a few meters (49th). It went back and forth again, Yaremchuk (56th) failed after great preliminary work at Hennessey.

After an hour, Ukraine threw everything forward. Wales had chances to break, substitute Brennan Johnson hit the post in the 75th minute and seconds later Bale was denied by Ukrainian keeper Heorhij Buschchan. On the other side, the outstanding Hennessey prevented the deserved equalization against Artem Dowbyk (84th). 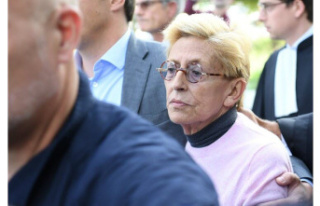