Although she was often only used as a joker in important games in the past Bundesliga season, Lea Schüller from FC Bayern became the top scorer. 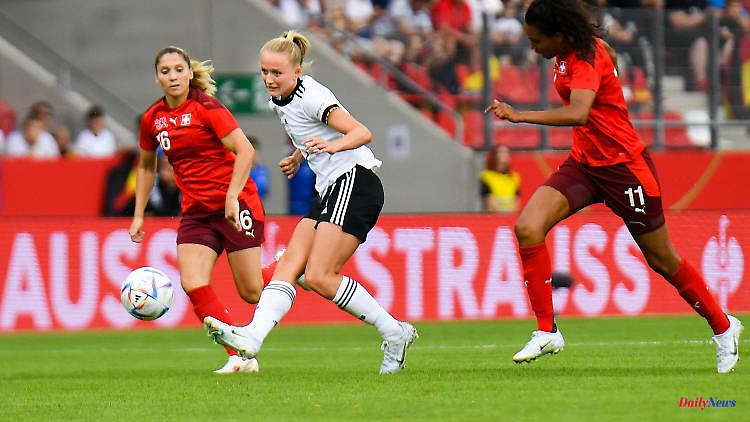 Although she was often only used as a joker in important games in the past Bundesliga season, Lea Schüller from FC Bayern became the top scorer. At the European Championships, she wants to play more, score often - and bring the title to Germany. She gets help from her friend and a legend.

Lea Schüller can rely on Horst Hrubesch. "He writes to me from time to time. When things weren't going so well during the season, I called him, chatted with him and just got tips," revealed the international soccer player about her special caregiver, the former header monster. Since his interim job as national coach of the DFB women, Hrubesch has accompanied Schüller as a mentor. It got off to a memorable start: At Hrubesch's debut in April 2018, Schüller literally exploded, scoring all the goals in the 4-0 win against the Czech Republic.

With her quota of 25 goals in 39 international matches, she is one of the hopes in the DFB team for the European Championship in England. It starts for Schüller and Co. on Friday (9 p.m. / ZDF, DAZN and in the ntv.de live ticker) with the game against Denmark.

Bayern Munich's Bundesliga top scorer (16 goals, 4 assists in 22 games) seems rather reserved and calm off the field. Afternoon naps are sacred to her, and TV interviews make her nervous. Thrills are actually her thing: whether it's wakeboarding or skydiving, the Krefeld native loves action.

So it's a good thing that her friend also has such an exciting sporting life. Before preparing for her own European Championships, she was on the boat with the Austrian Lara Vadlau, multiple sailing world champion and Olympic participant. Capsizing mishap included. "I don't know anyone who is more ambitious than Lara," says Schüller about her partner, who is also a prospective plastic surgeon. This determination is obviously contagious: "She's also a role model for me. Since we've been together, I've also been more disciplined." However, her own distance learning degree in industrial engineering is currently neglected, as is her artistic streak when drawing.

Schüller is also open about their relationship on social media. She reports that she rarely encounters homophobic comments. "On the one hand, I really don't care what other people think about it," she says confidently. If the sports couple can even be a role model "for those who don't dare", that would be a positive side effect.

At the European Championship, Vadlau will be cheering on the stands in the stadium at least for the last group game against Finland (July 16). Schüller has set himself clear goals for the finals in the motherland of football: "I want to win the title. I want to play a lot and help my team with goals."

The untitled season with FC Bayern was "not easy" for her, Schüller admitted, explaining this with the lack of rhythm under ex-coach Jens Scheuer. In the "important games" she often only played as a joker: "For me, it was an up and down of emotions and, accordingly, of performance."

In the national team, she enjoyed the trust of national coach Martina Voss-Tecklenburg all the more. If there is still a problem at the tournament, there is help on the Hrubesch hotline. The 1980 European champion knows how to lead Germany to the title with goals.

1 Vonovia wants to help save: Apartment giant lowers... 2 Appearance with Jeff Beck: cheers for Johnny Depp... 3 Saving electricity in the kitchen: How much does it... 4 Money against inflation: Which relief payment is in... 5 Shortage in Germany: Additional vitamin D in the food... 6 Bavaria: Unknown cut horse's hair 7 Bavaria: swapping places doesn't help: young... 8 Bavaria: Charges against semitrailer drivers after... 9 North Rhine-Westphalia: bomb found in Wesel: thousands... 10 North Rhine-Westphalia: Breaking into your own apartment... 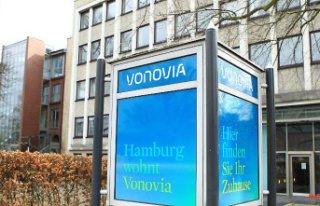