In the past 13 years, the world has witnessed a revolution in the Indian cricket industry that has completely changed the game for BCCI and the Indian audience. Cricket in India today has become a commercialized professional show. With massive revenue-generating potential and worldwide fan-following, IPL is no less than a grand festival in India.

Here, in this article, Betway talks about the different ways in which IPL has changed the cricket industry. Look at how extensively the money is spend on buying these teams. 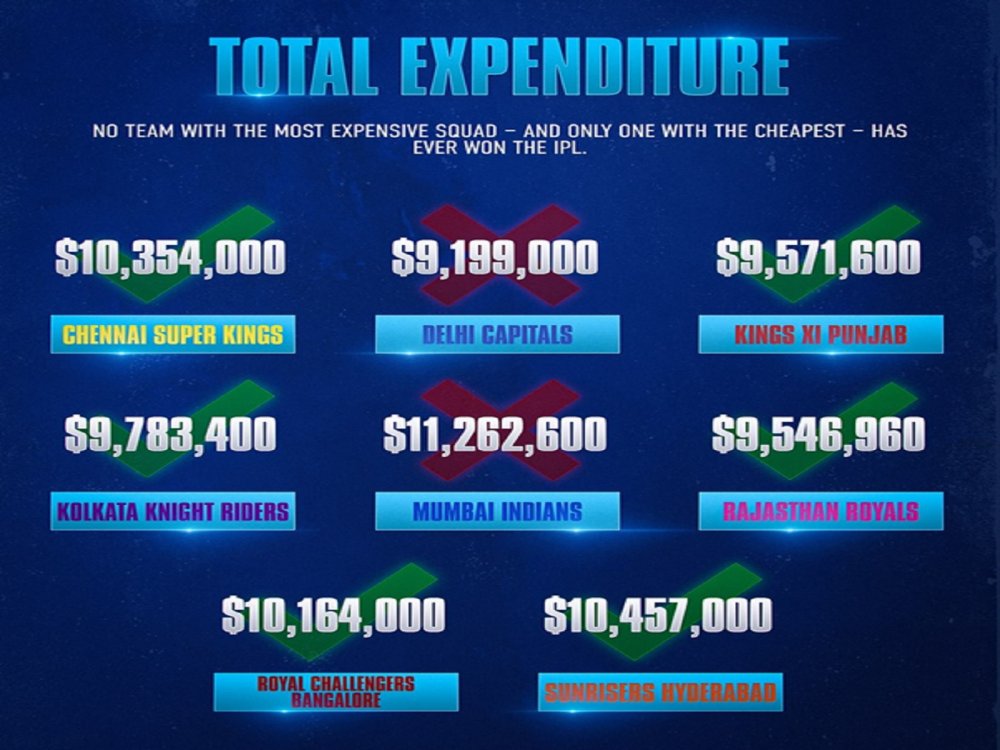 When India got home her first world cup, the Indian Cricket Board didn't have enough funds to reward the winning players. Hurriedly, they organized a Lata Mangeshkar concert and rewarded each player with one lakh rupees from the funds collected after the show. That was 1983, and today, in 2020, each Chief selector from the board has a monthly salary of one crore rupees!

What could have helped India with this magical financial boost? Yes! You guessed it right. IPL! In 2007, where BCCI's income was 650 crores per annum, it rocketed to a growth of 500% to reach 3730 crores per annum. With the help of the increased contributions from IPL, India makes about 70-75% of the total revenue generated from worldwide cricket.

There was a time in the 1990s when the Australian team would come to India only once or twice a year. However, today, we get to witness Australian players playing on Indian grounds almost every month of the year. Where for the past 80 years, England dominated and manipulated every aspect of world cricket by hosting world cups and generating the most revenue, India has now changed the game by becoming the power center of world cricket.

In 2007, BCCI and the Indian cricket team were struggling for funds and viewership. The Indian team, too, was not in a great form on the world cricket platform. In March of the very same year, India participated in the World Cup but could not win the fight against Bangladesh and Sri Lanka to move ahead in the tournament. This came as a shock for the Indian nation and resulted in a hefty drop in cricket viewership.

However, the Indians found the way out of this despair through the T20 World Cup in September 2007. Gradually, people returned to watching cricket. After defeating Pakistan in the final match of the T20 World Cup, the viewership for Indian cricket rose to its peak. That was when BCCI decided to come up with the Indian Premier League. Since then, India has only witnessed a whopping number of TRP and fans for the Indian Premier League.

IPL is also known for introducing fresh faces and providing them with a platform to showcase their extraordinary cricket skills. There is an elaborate list of players who have gained massive popularity and overnight fame after their match in the IPL. Virat Kohli, Shikhar Dhawan, AB de Villiers, and Shane Autson are a few to name. Apart from this, IPL has also offered lakhs of employment opportunities for people from different sectors and fields.

1 Seven Impactful Marketing Trends That Are Worth A... 2 BubbleXT Review - Trade with the Right Tools 3 Rustam Gilfanov: «A Startup Is Not Only A High-Tech... 4 What to Look for when Hiring A DUI Lawyer? 5 Frankfurt's Skyline is growing: Crème de la crème... 6 Free Shopping-platform: Google attacks Amazon 7 Mainz 05 is in crisis: trust and discharge 8 Stress in the Bundesliga: the Problem of displacing,... 9 Doping-process: Mark S. puts full confession 10 On the wrong path: AfD founding member Konrad Adam,...