Record player, record goalscorer, record preparer - Cristiano Ronaldo holds numerous records in the Champions League, which he would like to improve further. 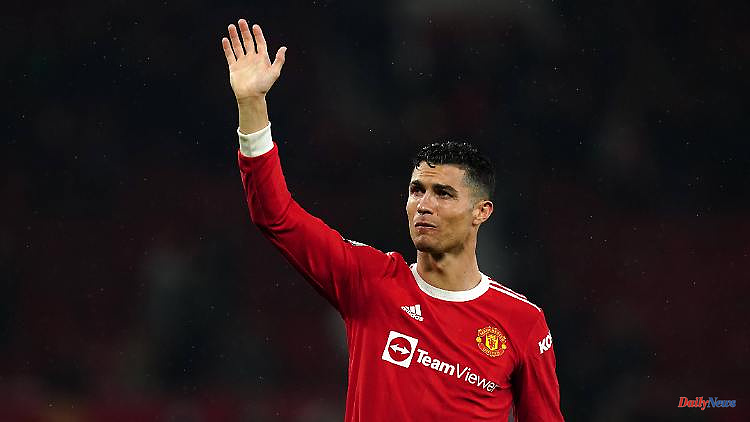 Record player, record goalscorer, record preparer - Cristiano Ronaldo holds numerous records in the Champions League, which he would like to improve further. At Manchester United, however, that is impossible next season. So now he wants a change. To Bayern?

A Champions League group stage without Cristiano Ronaldo? That hasn't happened for 20 years, since the then up-and-coming young professional with Sporting Lisbon failed in August 2002 in the decisive qualifying round at Inter Milan. The following summer, Ronaldo moved to Manchester United, made his debut in Europe's top club competition in a 2-1 defeat at VfB Stuttgart and has played in it every year since. In order to continue this extraordinary series and also play in the Champions League for the 20th season in a row, Cristiano Ronaldo would have to change employers promptly.

It is precisely this wish that the 37-year-old should now bring to Manchester United, as not only the English newspaper "The Times" reports. The usually well-informed online portal "The Athletic" says, translated from English into German: "Cristiano Ronaldo has told Manchester United he would like to leave the club should a reasonable offer come in this transfer window." One reason for this demand is given in both reports that the superstar has no desire to make his debut in the Europa League - for which United qualified sixth in the last Premier League season.

In the Champions League, on the other hand, Ronaldo is a record player with 187 appearances for United, Real Madrid and Juventus Turin, his 141 goals are also unsurpassed, and his 42 assists are also top values, as UEFA statistics show. According to the "Times", the attacker is convinced that he can still play "three to four years" at the highest level - which is why a club is now required that has qualified for the premier class and also has the financial resources to take Ronaldo out to trigger his current contract at Man United.

Because the Portuguese's working paper is valid until 2023, according to the industry portal "transfermarkt.de", its market value is 30 million euros. Whether this sum would constitute a "reasonable offer" is unclear, the wording is not further specified. According to the "Athletic", United did not want to comment on the reports, which is not a confirmation, but also not a contradiction. As Ronaldo wants to continue playing for titles and trophies in the final phase of his world career, he now wants to leave the club where he once rose to become a global icon.

Even before these reports, there had been speculation that Ronaldo was open to a change in this summer, when there were no tournaments in European men's football - due to the World Cup being postponed to late autumn. FC Bayern is listed as an interested party in both reports. Especially against the background that Robert Lewandowski, as his target player, is forcing his departure in the storm. According to "Times", however, Ronaldo would only be a candidate for the Bundesliga series champion at the moment when Lewandowski would leave the club. However, an agreement with FC Barcelona seems to be a long way off at the moment.

Chelsea FC is also said to be considering a commitment, and the new owner Todd Boehly has even met with Ronaldo's adviser Jorge Mendes. Thomas Tuchel's club was recently affected by a transfer ban as a result of the sanctions against long-term owner Roman Abramowitsch. After the sale, such a sensational transfer would be a sign to national and international competition. A return to Italy should also be up for debate, so SSC Napoli is examining its options. However, nothing is concrete yet. Especially since, similar to FC Bayern with Robert Lewandowski, Manchester United could simply refer to the existing contractual agreement and demand its fulfillment.

1 "He was there in 40 minutes": Influencerin... 2 Father denies allegations: Britney Spears' bedroom... 3 Baden-Württemberg: Hoffenheim wins the first test... 4 Cycling. Alejandro Valverde was hit by a vehicle...... 5 Dingy-Saint-Clair/Sevrier. Haute-Savoie: A paraglider... 6 Investigation. The ball was returned to the Americans... 7 Bitcoin: Why is Bitcoin the biggest cryptocurrency... 8 What parents should know in order to keep their children... 9 Durban July: South Africa’s most popular horse race... 10 After a pricing dispute, Heinz products are removed... 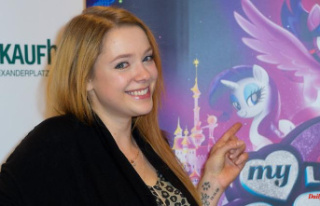