The exit he wanted is denied to him: Without a World Cup title, Cristiano Ronaldo and his Portuguese are eliminated in the quarter-finals against Morocco. 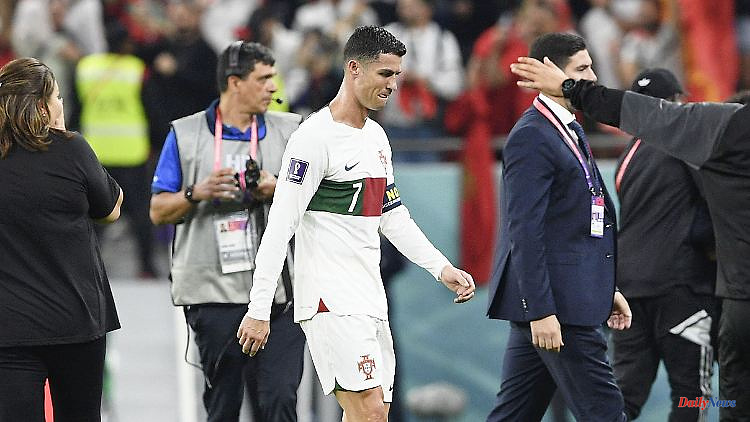 The exit he wanted is denied to him: Without a World Cup title, Cristiano Ronaldo and his Portuguese are eliminated in the quarter-finals against Morocco. His partner is outraged by the coach who justifies himself for Ronaldo's joker role. And CR7? He is silent.

Cristiano Ronaldo didn't stand a chance. Like any normal person, Portugal's humiliated national hero, who was once the CR7 goal machine, wept bitter tears. On his escape to the catacombs of Al-Thumama Stadium, the fallen superstar was overwhelmed by weeks of pent-up emotions. The thought of never being able to hold the golden World Cup trophy in my hands was too painful.

Will the resignation even follow? Ronaldo, demoted to a supporting actor when he left the world stage, couldn't utter a word immediately after the bitter quarter-final defeat by outsiders Morocco (0-1) and silently got on the team bus.

Instead, his girlfriend Georgina Rodriguez sharply attacked coach Fernando Santos. That the coach let her darling stew on the bench until the 51st minute - a scandal for her. "Today your friend and coach made a bad decision. This friend for whom you have so many words of appreciation and respect," Rodriguez wrote in an Instagram story. According to Ronaldo's partner, "you shouldn't underestimate the best player in the world, the most powerful weapon you have. Just like you shouldn't put your face to someone who doesn't deserve it."

As in the round of 16 against Switzerland (6-1), when three-packer Goncalo Ramos became his successor, Santos had not nominated his captain for the starting XI against Morocco. The coach felt with his star after the final whistle. "If we pick two people who are most angry, it's Cristiano and I," said Santos.

But he doesn't regret just getting Ronaldo off the bench. "Cristiano is a great player and came on when we felt it was necessary," said the coach, adding that he didn't think the discussions about Ronaldo "had an impact on the game. We were and are a team. " When Ronaldo finally came on, there was no sign of him save for a couple of passes and a shot that was saved by Morocco's superb goalkeeper Bono.

Now Ronaldo is at a crossroads, the past few weeks have damaged his reputation enormously. First the inglorious separation from Manchester United, then the rumors about Zoff in the national team and finally those about Ronaldo's threat to want to leave the World Cup camp because of his joker role.

Many questions remain. What's next for Ronaldo? At club level, a princely salary may be waiting for him in Saudi Arabia. But what about the national team? After 196 international matches with 118 goals, the farewell seems inevitable. But does someone like him abdicate voluntarily? At the EM 2024 Ronaldo would be a proud 39 years old, Portugal's fans are turning their backs on him. The daily newspaper "Diario de Noticias" demanded: "Now is the time to take stock - from the whereabouts of Santos to the Ronaldo case." Santos, whose contract runs until 2024, said the word 'resignation' is not in his vocabulary. Only he knows whether that also applies to the CR7. 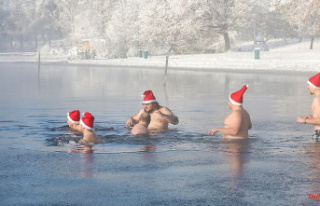