"What the hell is that?": The Bundesliga's daring bodycam plan

Gimmick without added value? Or is it an innovation with future potential? Opinions are still divided on bodycams in football. 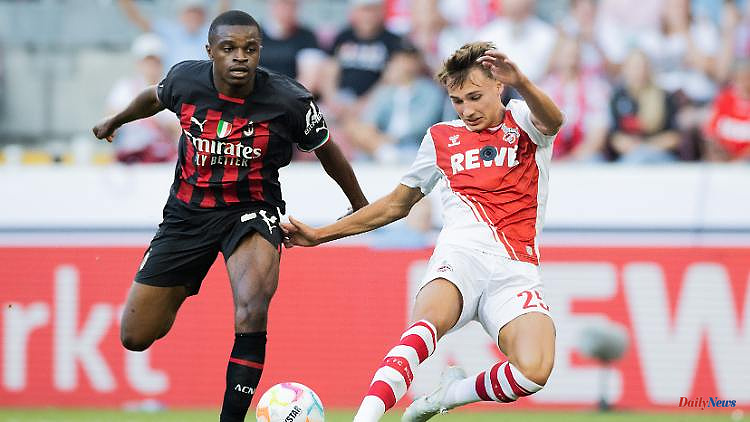 Gimmick without added value? Or is it an innovation with future potential? Opinions are still divided on bodycams in football. The innovations certainly cannot be stopped. The fans decide whether the "snackable content" will be accepted for the TikTok generation.

Shaky, fast pictures, but new perspectives: The use of bodycams in the test match between Bundesliga club 1. FC Köln and AC Milan caused mixed reactions. While Sascha Stegemann classified the "Ref-Cam" as "very helpful" for the referees, the use of body cameras was often rejected by players.

"All I see is some hands waving in front of the camera," tweeted one user following a video of a game scene in which Olivier Giroud scored the first of his two goals for the Italian champions. "What the hell is that," tweeted another.

When Milan won 2-1 on Saturday in front of almost 50,000 spectators in Cologne's RheinEnergieStadion, new technologies were used in the so-called "Innovation Game" as part of the Telekom Cup.

"Wearing the bodycam took a little getting used to, it was quite warm underneath. It didn't limit me, but you could tell that you were wearing it," said Hübers. Defender Kingsley Ehizibue said: "I didn't feel the mic I was wearing. I think some of today's innovations are quite interesting for the fans."

FC coach Steffen Baumgart was not exactly enthusiastic. "I'm more of a traditionalist and don't like everything that happens there," said the coach before the game. FC Managing Director Christian Keller is also a bit more skeptical about the innovations "on the pitch. We're still trying them out without opening Pandora's box." After the final whistle, Baumgart said: "The referee's camera was interesting because you see the game from the referee's point of view."

The images from the body cam are similar to those in computer games. For the younger fans this could be an asset, for others the quick and visually tiring images will not be an option. Such cameras are also being tested in other sports such as football in order to provide consumers with even more entertainment. "Revolutions happen in small, bite-sized pieces. Here's one with Giroud," wrote another Twitter user.

Stegemann meanwhile drew a consistently positive conclusion. The referees expect a great training effect in order to analyze situations again later. "It's a very helpful tool for us, which I think we can use at the end of the day to improve the quality of performance on the field," said Stegemann at Magentasport. "It's a very exciting story that is worth expanding on and that will change football and the way viewers see football in general, but also the role of the referee." 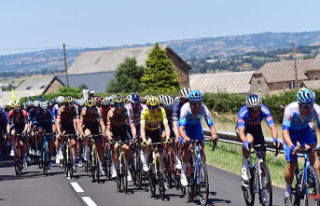 Burning wind and fall drama: Philipsen flies to the...