When departing for the World Cup in Qatar: fighter jets accompany Lewandowski's Poles to the border

Accompanied by several fighter jets, the Polish national team around world footballer Robert Lewandowski sets off for the World Cup in Qatar. 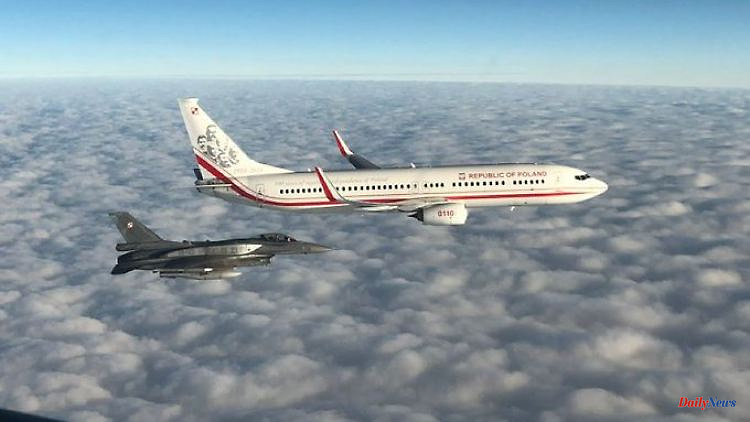 Accompanied by several fighter jets, the Polish national team around world footballer Robert Lewandowski sets off for the World Cup in Qatar. Poland's Defense Minister Mariusz Blaszczak posted a photo of the passenger plane next to a military jet on Twitter.

The Polish national soccer team led by star striker Robert Lewandowski took off on its flight to the World Cup in Qatar accompanied by several fighter jets. "They will be escorted to the border by Polish F-16s. Good luck!" Poland's Defense Minister Mariusz Blaszczak wrote on Twitter. He also posted a photo showing the crew's passenger plane above the clouds and an F-16 fighter jet next to it.

The Polish national team released videos from inside the machine looking at the jets. Poland will start the World Cup against Mexico on Tuesday. A rocket hit the Polish border area with Ukraine on Tuesday. Two people died as a result. Currently, the West assumes that it was a Ukrainian anti-aircraft missile used to defend against Russian military attacks.

In the last test before the World Cup, the Poles had won on Wednesday. Coach Czeslaw Michniewicz's team defeated two-time Copa America champions Chile in Warsaw 1-0 (0-0) with a late goal from former Hertha player Krzysztof Piatek (85'). Robert Gumny from FC Augsburg was in the starting eleven and played through, Jakub Kaminski from VfL Wolfsburg came on in the 59th minute.

Meanwhile, the English football and Twitter icon Gary Lineker joked about the lack of strikers in the DFB team, which may have diminished a bit thanks to Niclas Füllkrug's debut and debut goal in the final World Cup test against Oman: "If Lewandowski were a German, it would I say: You are the absolute favorite for the World Cup victory," said the former World Cup top scorer on MagentaTV. He recently spoke to goalscorer Alan Shearer about Germany, "and we came to the conclusion: you don't have anyone you can rely on to score goals." The Pole Lewandowski had scored 312 times in the Bundesliga during his time at Bayern Munich and Borussia Dortmund.

Herrmann's crew far behind: Team Guyot keeps their nerves in the doldrums 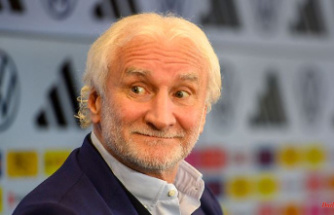 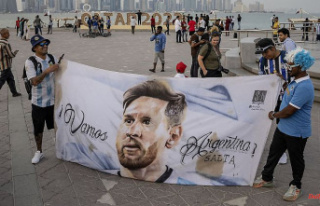