FC Bayern wipes away all doubts impressively: Yes, the championship will again only go to the team from Munich this year. 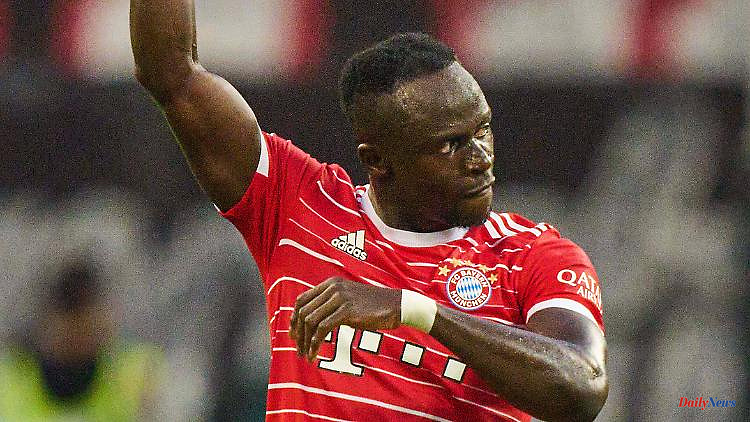 FC Bayern wipes away all doubts impressively: Yes, the championship will again only go to the team from Munich this year. The first 45 minutes of the new Bundesliga season are a merciless intoxication - with grotesque features.

The evening sun greeted the stadium one last time, the Eintracht fans sang about the black and white snow and sent mighty Pyro greetings to the hated DFB. And when the fog had really spread in the west curve, when the 60th season of the Bundesliga had started, when Frankfurt were ready to show FC Bayern who's boss in the Waldstadion, the team had the game already lost. This memorable Friday evening began with the embarrassed goalkeeper Kevin Trapp, who let Joshua Kimmich overcome him with a clever free-kick trick (5th), followed by a thunderstorm of Munich slaps in the face and at the end a crashing 1: 6 (0: 5) tab. The Europa League winner was dismembered in a grotesque duel.

At the Kult-Kiosk Oberforsthaus, well after midnight, they discussed the question of how this could actually happen. And those who were still able to analyze found when they bite into the Frika sausage: Sadio Mané was to blame. That is a rather abbreviated view of things. But essentially correct. FC Bayern's new hero footballer is a spectacle on two very, very fast legs. It wasn't a surprising finding, but that he was already the head of the offensively ultra-flexible squad in the second game, maybe that's it. Where Mané is, there is danger. But where is this Mané actually? The answer is somewhat jarring for opponents. He is everywhere. Because he is so fast, because he instinctively senses the danger.

Before kick-off at the Waldstadion, they hadn't given any thought to the fact that something could go wrong that evening. Finally another start of the season without (felt) corona worries. And then there was the memory of the fairy tale (or miracle) of Seville. Eintracht won the Europa League just a few weeks ago. This bliss hung over Sachsenhausen-Süd like a fog of euphoria. Tens of thousands of them strutted to the arena in their black and white "best team in Europe" shirts. And they have been sobered by the side that claim they want to be the best in Europe again. Always. And this season even more. Munich's sporting director Hasan Salihamidžić swept across the transfer market like a dervish to carve up a squad of his choice for his coach Julian Nagelsmann. According to reports, it worked (as of this Friday evening) excellently except for Konrad Laimer from Leipzig.

And this dream squad no longer includes Robert Lewandowski. The striker was angry about moving to FC Barcelona. Whether that was good or bad was asked afterwards. A first answer can only be: Who the ... is Robert Lewandowski? FC Bayern had won the Supercup at RB Leipzig 5: 3, and FC Bayern have now torn Eintracht Frankfurt to pieces 6: 1. There is no shortage of goals that Lewandowski guaranteed, even without the Pole. And not only that. There's a "not-again" feeling going around in the league. Champion for the eleventh time in a row. Possibly. Probably. The people of Munich try to boil down the routine a bit, but they don't succeed. Neither Thomas Müller, who somehow thought everything was great. Nor Salihamidžić, who had a really "beautiful" evening, and neither did coach Julian Nagelsmann, who enthusiastically expects that there will also be difficult games this season.

That for sure. But will there be more bizarre games? In any case, Frankfurt and Munich have raised the bar very high. This duel was a splendid gift for the Bundesliga player. Yes, she has been a loyal companion for 60 years now. Has transformed from a game to an event. Not everyone likes that. Even if the opening show was surprisingly reduced, there was a loud whistling concert from the stands. Also sung by Carolin Niemczyk for the national anthem. The association remains the enemy. The west curve then sent black and white pyro smoke as a poisoned greeting. While Eintracht lost perspective, he acted as a mega booster for Energie-Bayern. Mané, Serge Gnabry, Thomas Müller and Jamal Musiala attacked Trapp's goal with overwhelming vehemence. That was also rarely seen.

2-0 after eleven minutes, that was grotesque. But then came the comperative (more grotesque) when the SGE headed to the lower bar via Tuta (12th) and with the first breath suddenly turned to become an active part of the game before the superlative (most grotesque) crept in. In the guise of Thomas Müller. Alone, Gnabry drove the ball forward quickly over the left side, saw his colleague at the right post, played over, but he pressed the game device from a very short distance and was still being pressured by Filip Kostić on the aluminum. All of Germany will have asked itself at this moment? How the... doesn't he do that? There was no answer.

Kostić was also an issue because there are so many rumors about him. His departure is imminent. This world takes on absurd features. As known by coach Oliver Glasner. His son called him before the game and asked if Kostić was still there? Glasner replied, "I hope he's in his hotel room." Little spoiler (you know it anyway): he was there and played. But not for as long as usual. After 75 minutes he had to go down. He raised his hand in greeting towards the curve. A farewell? Glasner took the question in the catacombs of the arena with humor. First said yes, then no. In the end it was probably a maybe.

The trainer actually found his sense of humor again after this historic dismantling. Maybe it was just gallows humor. Because of the annoying rumors and a team that didn't want to listen to what he wanted to tell them. Don't be too offensive, don't let Bayern pick up the pace. But what happens? SGE, who was slapped twice, wanted the quick goal and conceded three more goals. Mané headed, Musiala dusted off and Gnabry lobbed (29/35/43). In between, Jesper Lindström had fumbled four Munich players and then pushed the ball past the goal. In between, Bayern had also hit aluminum twice. If you think you've missed something, you're right.

It was one of the craziest opening games in league history. And of course it's not over after 45 minutes. Neither after goals. Still after slapstick. Munich's number one Manuel Neuer made a strange contribution, wanting to dribble out Randal Kolo Muani on the edge of the penalty area. That failed. Neuer fell down, the newcomer was happy and scored. It was the Titan's second tough competitive game in a row. Before the eyes of national coach Hansi Flick. But a goalkeeper discussion? No, not yet. Especially since Trapp also made a mistake, but was later able to distinguish himself several times. The game was thus finished with oddities.

But not in oddities. Because one of the great stories of the evening was again written by Jamal Musiala. His movements are so dynamic that he can become a big sensation of the season and in Flick's World Cup squad. Even Glasner was impressed. His first contact is fantastic, after that it always goes forward so quickly. Patsch, splatter, splatter would play Bayern then. Musiala is somehow faster in the head and on the ball. The 6:1 was proof of that. The ball handling first class, the control of his lanky body too, the conclusion ripped off. The jewel has become indispensable. Like no one from this team, in which Leroy Sané definitely wants to be reintegrated as a regular. His outstanding pass to Musiala to make it 6-1 was a good application for it.

51,500 spectators watched the debacle unfold. How Mané accelerated Bayern, how Musiala enchanted the world. And almost all of them stayed until the end after exactly 90 minutes. Lots of applause, only a few whistles, for the badly beaten up heroes who are still allowed to live off their fairy tale bonus. But what actually happened to Mario Götze? The man who recently excelled against second division promoted 1. FC Magdeburg (in the DFB Cup)? Well, the short truth: it was nothing. He was trying, like everyone else. Not capable this evening.

Incidentally, after 45 minutes the European Cup winner had shrunk back to being a mini riot champion. A streaker from the area of ​​​​the Bayern block ran until just before the Frankfurt fan curve before the stewards checked him onto the meadow. A few Frankfurters also stormed onto the square, wanting to get at the intruder's laundry. But the security forces were able to prevent the provocation from becoming something bigger. The nerves were bare. The 1: 6 against Bayern was the ninth league game in a row without a win across the season. Worldly worries plague the heavily bet Eagles ahead of the European Super Cup trip against Real Madrid, during which Mané climbed the fence, picked up the megaphone and gave the cheerleader. What an evening. 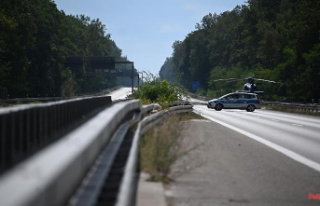