Whistles and revolution protest: Iran's coach is upset about his own fans

At the World Cup in Qatar, the Iranian national soccer players are showing their solidarity with the women in their home country. 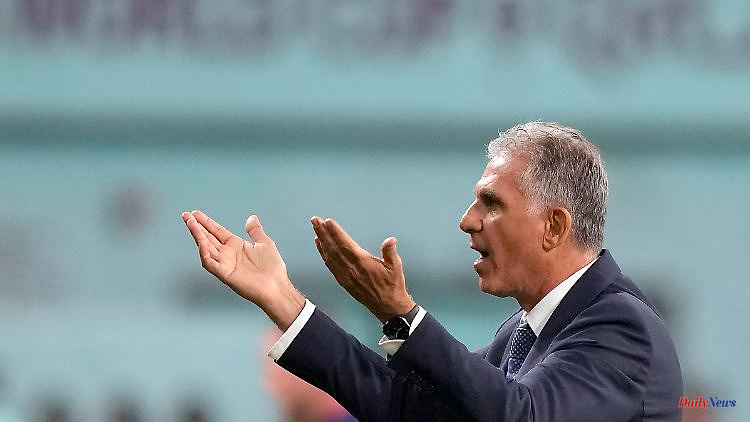 At the World Cup in Qatar, the Iranian national soccer players are showing their solidarity with the women in their home country. Some fans also show courage, women with loose hair or fans with the old Persian flag can be seen. But the protest does not suit the national coach at all.

Iran's national coach Carlos Queiroz criticized some of the fans after the 6-2 defeat against England at the start of the World Cup. "If the fans don't support us, they should stay at home," said the coach in Al-Rajjan. In the final minutes of the World Cup opening game, Queiroz kept waving his arms wildly and asked the fans to cheer up. At times, the 69-year-old lost sight of what was happening on the lawn because he was so busy with the trailers.

Some Iranian women in the stands had tears in their eyes, but whistles were mixed in with a loud outcry. Queiroz didn't like that, his players couldn't just focus on football on the "highest stage. There are people who want to disrupt our team with issues that are outside of football," said the Portuguese. His players would only follow their "dream" of "following legends from their country," said Queiroz. That's why he was "very proud" of how his team "fought" against England despite all the circumstances and "rewarded themselves" with two consolation goals.

Political debates surround the team around double goalscorer Mehdi Taremi. The death of 22-year-old Mahsa Amini in police custody triggered this, and the security apparatus reacted with extreme severity. The horror at the many killed demonstrators is great. "Everyone knows that there are explosive circumstances around my players. It's not the best environment in a tournament like this," said Queiroz. He called for the players, whom he calls "my kids", to be allowed to play football in peace. "They just want to play football for their country like any other player can. It's not right to ask them things they can't do. They're here to bring pride and joy to the people at home." he said addressed to the journalists.

His team currently "doesn't have the best environment" for sport at the highest level, he explained: "Things that should be changed are not under our control. We can only focus on football performance. Other issues are not in our hands Hand." Before the opening game against England (2: 6), his players had supported the protests in their own country by demonstratively remaining silent during the national anthem.

The coach does not yet see a preliminary decision in terms of progress after the clear defeat. "We win or we learn. We've had the privilege of learning a lot. Now we're well prepared for the next games against Wales and the USA. Everything's still open for us, we can still get six points in the group," said Queiroz. The next opponents are the USA on Friday (11 a.m. in the ntv.de live ticker). 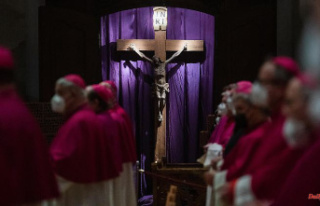