This time of the year is the most difficult one for NFL fans who cannot cheer their favorite team at the stadium.

The NFL has spent years and resources to create over-the-top entertaining experiences for their fans, but this year most stadiums will be empty, and no one will cheer them from their seats. NFL games are as spectacular as circus shows, players run through flames, fireworks are blasted after each touchdown, and heart-pounding music plays in the speakers to keep the adrenaline pumping in spectators' veins. All these efforts to get the crowd cheer the home team and provide them with the positive energy and determination to score points.

But as the 2020 season begins, all NFL games are entering uncharted territory because, since 1920, when the first football match took place, they never played with the seats covered and no spectators to call their names. The NFL is just one of the pandemic victims and has to meet strict rules to prevent the virus from spreading and keep the players healthy.

There will be no performers to sing the anthem live, no cheerleaders on the side-lines, no public, and fewer cameras on the stands. Because the teams are dealing with billions of dollars in lost revenue, the league decided to allow them to host some fans in the stadiums if the local authorities permit. Spectators couldn't be more thrilled about the news because, for them, each game is similar to Christmas day. Some don't even celebrate the winter holidays as they revere the football games.

Why do people love NFL Football so much?

The NFL has been a fledgling endeavor at its beginning, but as the years passed, its popularity grew, and now is the number one sport in North America. While American football has yet to make a name for itself on the world stage, Americans consider it the best sport in the country and the world. Why do they love it so much?

Fans get the chance to make money

NFL football is the favorite sport to bet on. The teams play only once a week, and fans have plenty of time to prepare, check the matchup, study the trends, and track the NFL lines movements. The sport is so popular; it offers people the opportunity to place diverse wagers.

People prefer three common football methods when they bet on NFL games, on the point spread, money line, and total. For a fan to be successful, they need to combine different factors in their betting strategy. They must pay attention to betting trends, and if they feel strongly that their favorite team will win when the lines come out, they should bet early before public money influences the odds. As the team releases information about the team, NFL lines change throughout the week, so the fans must act fast before the line moves. Watching press conferences and checking the team's official website always provides them with information on the type of bet they should make.

Its history is filled with Cinderella stories

Everyone dreams of having a Cinderella story, and the NFL offers players the opportunity to achieve their dreams. Cinderella stories are seen throughout other sports, but American Football has some of the best tales, and fans can identify with them. Tom Brady is one of the most famous examples of players who were sixth-round picks and got the chance to show their talent and conquer the NFL stage. He is now one of the wealthiest NFL players and married to a supermodel. Cinderella vibes, right?

Rivalries are more intense than in any other sport

Yes, all sports have rivalries, but there's no more intense rivalries than those in American football (Redskins and Cowboys, Raiders and Steelers, Bears and Packers). Why are they more intense in football? The game's entire purpose is to hit the other team as hard as you can and win points. The tug-of-war brings the best in the players and powers a thrilling atmosphere at the stadium.

It's all or nothing

Other sports offer teams 82 or 162 games to win points and prove their excellence. Football offers only 16, and each game is vital. The players cannot take days off and think it's only one game they lost, and they can get out from under the next time. In football, when they lose a game, they can get cut on the spot and lose the chance to attend the Super Bowl. No other sport has the urgency to win every week. Weekends are intense for football players and fans because they decide if they get a step closer to winning the championship. Football keeps the fans connected each second of the game.

Thanksgiving football is an established tradition

Americans love celebrations, and they don't miss an opportunity to throw a bash. But for NFL fans, no event is as exciting as Thanksgiving football. This is the time of the year when everyone gathers at home to play sports and spend time together. On Thanksgiving, families go out to play their favorite sport, no matter the weather conditions. Thanksgiving football is an established tradition; everyone looks forward to the entire year.

And when they play enough football with their family and friends, they get inside the house, grab some turkey and turn on the TV to watch their favorite team.

Now we're getting to one of the main reasons why Americans love the NFL. The Super Bowl is this Coachella festival with football. It earned its national holiday title for years and defines the term no tomorrow because there is no second chance for teams to get the title. Every American watches the Super Bowl, no matter if they're football fans or not. The event gets two weeks of media coverage to reach everyone with the night's details. The commercials are memorable, and every singer, actor, and athlete wants to play in one. The halftime show is epic, and the fans eat more food for this occasion than for Christmas. The Super Bowl games are usually the most-watched television programs in the United States.

Can you name another sport that can compete with all the factors that make American football, the NFL, the most popular sports entertainment form in the USA? 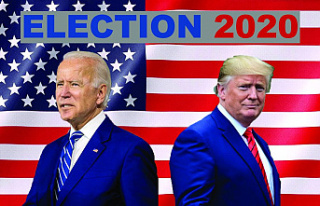