A club that is repeatedly referred to as a "chaos club" snaps up a coach who says of himself that he is "orderly". 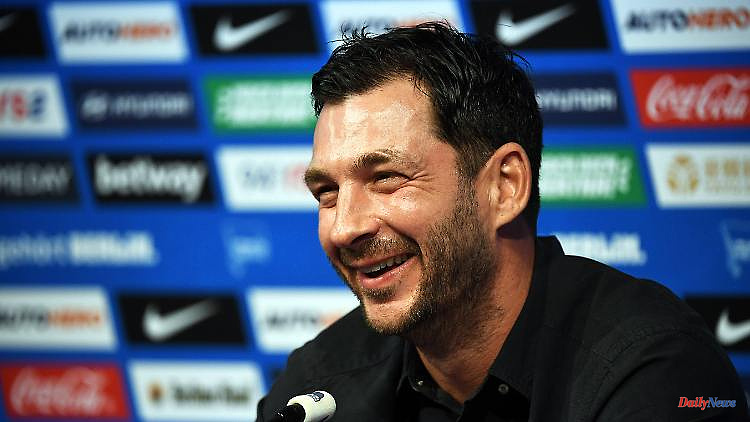 A club that is repeatedly referred to as a "chaos club" snaps up a coach who says of himself that he is "orderly". Hertha BSC wants to make a fresh start with Sandro Schwarz – once again. What the 43-year-old says sounds well thought out and should be well received by the fans.

Hertha fans haven't exactly been spoiled lately: almost relegation, bad football, a team that hasn't really grown together, plus chaos in the management floor, constant excitement about investor Lars Windhorst. The general meeting on Sunday, at which the new president will be voted on, is making waves in advance. It seems as if Sandro Schwarz would come as a savior. The new coach of the Berlin Bundesliga team says a lot at his official presentation that should go down well with the long-suffering fans.

Black wants to avoid chaos. The 43-year-old emphasized that he was a "tidy-loving" person. The past can rest, he has not exchanged with his predecessor Felix Magath. He thinks it's important to make up your own mind. He already has that with Kevin-Prince Boateng. The coach traveled to Berlin 14 days ago for a personal interview. The result? The conversation was "open, clear, honest on both sides" and "a good basis for continuing to work together," says Schwarz.

Boateng should therefore continue to belong to the team and extend his expiring contract. According to sporting director Fredi Bobic, it's all about the little things. "It should be announced in the next few days." Boateng returned to his youth club last summer, his transfer was seen by some as a marketing coup, but then he played a key role in the successful rescue of the league.

The 35-year-old will probably stay and be part of a team that is anything but stable and that should "just work first", as Schwarz says, who praises "diligence" as a great asset. On Wednesday, Hertha will start the pre-season, from then on the former Mainz and most recently Dynamo Moscow coach will teach the team his idea of ​​​​football. Active, "brave in defense, purposeful with the ball forward," says Schwarz. He also attaches great importance to "appearing together as a team off the field".

Something that Hertha has been missing too often in recent years, even when it was clear on the pitch that there was no close-knit community playing together, but a collection of individuals. When it came down to it - in the relegation second leg at Hamburger SV - the team was there. Something the new head coach saw too. "I was particularly impressed by the second leg," he said. The intensity appealed to the self-proclaimed "Hertha fan" at the time.

It was a game that made him the Premier League coach, not one in the Second Division. But which he would have become, as he says. He would have "accepted the task regardless of the league". A complicated task, the future squad is completely unclear except for a few forces. Many loan players are coming back to Berlin, but many can and must move on soon. Eduard Löwen, for example, is currently free for contract negotiations, while strikers Krzysztof Piatek and Dodi Lukebakio could bring in much-needed money. Santiago Ascacibar had informed Bobic before the relegation that he wanted to change. The sports director emphasizes that the club's staff budget must be further reduced. "We try to make more money than we spend." According to Bobic, the transfer market is still in a twilight sleep. That is "unfair" for the coaches and "hard to grasp" for the fans, but Bobic promises a lot of movement for the coming weeks.

For the idea of ​​football, the establishment of a style of play, these are complicated requirements. But let's start now. First performance diagnostics, from Wednesday on the pitch. Schwarz, together with his coaching and athletic team, wants to exemplify the values ​​he expects from the players who are there. He is very satisfied with his assistants, praises Vedad Ibisevic in particular, who remains with the team as offensive coach and with whom Schwarz had not previously worked. He grows more and more into the role. Cohesive appearance of the trainers, in addition to the frequently mentioned "hard work", clear processes, Schwarz is the "conviction that structure gives energy and trust."

After his frequently changing predecessors, it would be time for exactly these values ​​​​at the capital club. The goal of the season also seems grounded after the grandiose plans that came with Windhorst's millions. Schwarz is satisfied "when our fans see that this is a Hertha team". Talk less, do more, that's the motto.

The fact that the coach also brings a great deal of passion becomes clear when looking at the start of the season: "Great game, great game. Guys, great game!" he gushes out. There is no need for Schwarz to say more about the first league game as the new head coach. It's the derby against 1. FC Union Berlin. All of this should be well received by the fans.

1 Concern for mass sport: DFB boss urgently warns of... 2 Praise from Ferrari and Mercedes: Schumacher celebrates... 3 Trial for fraud: Platini sees conspiracy in favor... 4 Press comments on the "Leclerc show": "A... 5 Fitzpatrick wins a golf thriller: A perfect shot at... 6 World Cup hero back in the Bundesliga: With Götze,... 7 Four titles and too many records: How Steph Curry... 8 Lessons from Formula 1 in Canada: For Schumacher,... 9 Mercedes hops far ahead: Verstappen fends off Ferrari's... 10 From seventh place to the emergency exit: Schumacher's... 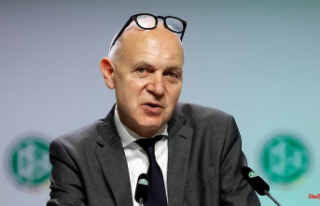