With the best recommendation from Klopp: Farke gives Borussia goosebumps 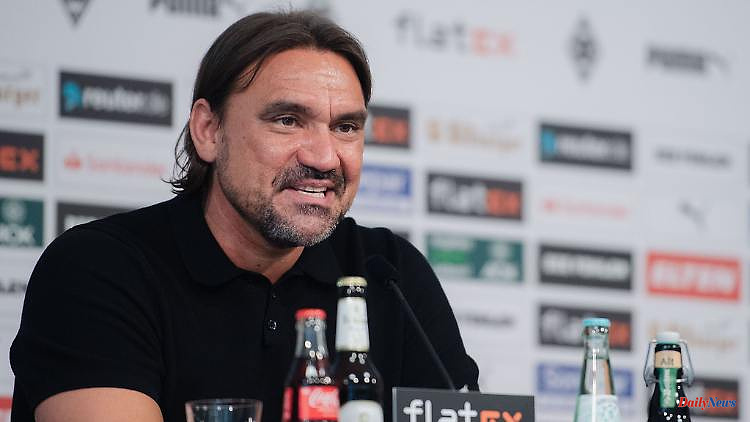 Farke instead of Favre: Daniel Farke should bring the tumbling traditional club Borussia Mönchengladbach into calmer waters. For the 45-year-old, the eleven from the Lower Rhine will be the first stop in the Bundesliga. In England he has already gained a very good reputation.

Daniel Farke opened a water bottle, but the Borussia Mönchengladbach coach hardly got to drink at all because of his flow of words. Full of energy and euphoria, the new hope of the foals looked forward to their first task in the Bundesliga. "I'm sitting here full of joy. But I also feel a great responsibility given the importance of this club," said Farke at his official presentation.

Farke should bring Borussia back into calmer waters after stormy times. The traditional club had recently hit the mark neither with Marco Rose, who quickly disappeared, nor with the hapless Adi Hütter. Expectations are high now. "After the first talks with Daniel, I was hooked, I had goosebumps and said: My goodness, that fits the philosophy of this club perfectly," said sporting director Roland Virkus.

Ex-coach Lucien Favre had long been considered the favorite for the post. Farke was then asked whether he saw himself as a "1B solution". He reacted calmly. "These are categories that don't interest me at all. 1A, 1B, 1C? Maybe I'll be 1D - D like permanent solution," said the 45-year-old with a grin. It was "completely self-evident" that Borussia spoke to the Swiss.

When asked about his goals, Farke was more reserved. "The squad offers a lot of potential. Of course we also need a good transfer summer," said the East Westphalian and warned against too much euphoria: "The last 18 to 24 months were not easy here, and now with Schalke and Bremen two veterans are added. There it would be wrong to issue overly euphoric targets."

Gladbach will be the first stop in the Bundesliga for the East Westphalian, but in England he has already made a name for himself with two promotions to the Premier League with Norwich City. His commitment in the Russian Krasnodar ended because of the war before his first game, on the Lower Rhine he now has a contract until 2025. "I only accept things where I am absolutely convinced of the project. That was the case here," said the East Westphalia.

A lot of work is waiting for Farke together with Virkus, Borussia has not yet acted on the transfer market - also because of the open question as a coach. But he already promised the supporters refreshing football: "What our fans want to see is a foal eleven that is brave, that may not play flawlessly, but is not afraid either. We want to awaken this spirit. If we succeed, the table will change take care of yourself and we'll get a good place."

Farke also brought a good dose of humor with him. "Jürgen Klopp recently said: If he could take two coaches to a desert island, it would be Pep Guardiola and myself," he said, adding with a wink: "You always have to be careful with compliments from Jürgen. He probably needs it me to row." Like Borussia, to finally get into calmer waters.

1 "Passion for FC Bayern": Hasan Salihamidžić... 2 The weather week in a quick check: Thunderstorm low... 3 Chamonix valley Thunderstorms: Trees and a rock block... 4 Natural disaster. Evacuations after an eruption of... 5 Escalation. French Championship: Julia Chanourdie... 6 260 fatalities since 1907: dead in the most dangerous... 7 Insecure parents: what to do if the child is intersex? 8 Thuringia: competitions at fire brigade championships... 9 Baden-Württemberg: drunk motorcyclist seriously injured... 10 Baden-Württemberg: Tourismusverband Schwäbische... 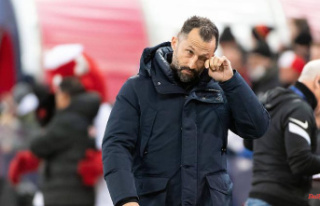