Olympic Games in Germany: What seemed to have been done for a long time should apparently be back on the agenda at the German Olympic Sports Confederation. 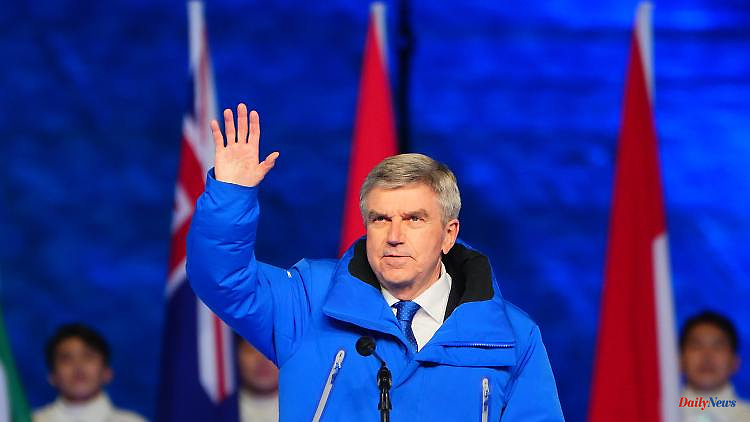 Olympic Games in Germany: What seemed to have been done for a long time should apparently be back on the agenda at the German Olympic Sports Confederation. In any case, IOC President Thomas Bach feels a new fire. You no longer want to name places and numbers, but develop an idea.

In the restaurant with the apt name "Coubertin", a stone's throw away from the world-famous silhouette of Munich's Olympic Park, Thomas Bach spoke important words. In the German Olympic Sports Confederation, he felt "a new fire and a new enthusiasm" for the Olympic Games in Germany, said the IOC President at the "Legacy for future" anniversary reception.

Bach had previously unveiled a sculpture of the Olympic rings together with DOSB Vice President Miriam Welte and Marion Schöne, Managing Director of Olympiapark GmbH, as part of the celebrations 50 years after the Games in Munich. According to the head of the International Olympic Committee, Munich '72 was an "excellent, happy, cosmopolitan Games," and a new Germany opened up at that time.

The DOSB leadership then showed unbroken sympathy for another Olympic application - but nothing should be rushed. "If we want to apply, we have to think it through carefully. Don't name places and numbers, but develop an idea, a concept and social acceptance," said DOSB CEO Torsten Burmester.

You have to "convince" the people in Germany, the official explained: "It makes no sense to only look critically at the past, you also have to develop sustainable concepts for the future and take society with you." Dirk Schimmelpfennig, DOSB board member for competitive sports, added that it was "important that we as officials create more trust". It will be important "how the social importance of sport develops".

Overall, Schimmelpfennig agreed with the criticism recently voiced by Bayern Munich's honorary president Uli Hoeneß. "On the one hand, you don't want games to take place in countries like China, on the other hand, we complain when a few trees have to be cut down," Hoeneß said at the congress on Wednesday

In any case, Thomas Bach would be very happy to experience the Olympic Games in Germany. "I would have been very happy if at least one Olympic award to Germany had been possible during my term of office," said the IOC President. He now hopes "that when the Olympics take place in Germany again, I'll still be fit enough and will also be invited to follow the games as a fan". That could be the case at the earliest in 2036, 100 years after the Nazi propaganda games in Berlin. In 2024 the Olympics will take place in Paris, in 2028 in Los Angeles and in 2032 in Brisbane, Australia.

1 Hatred of the USA and NATO as a basis: Russian propaganda... 2 After six years of marriage, Jerry Hall files for... 3 Hesse: 54-year-old dies in a frontal collision on... 4 Hesse: Furniture and clothing are precisely defined... 5 Hesse: State is examining the introduction of a "Hesse... 6 Saxony: swine fever is spreading: so far only wild... 7 Saxony: Four injured in an accident in Fraureuth 8 Mecklenburg-Western Pomerania: What influence do pets... 9 Mecklenburg-West Pomerania: The high tourist season... 10 Thuringia: Three people are injured in an accident 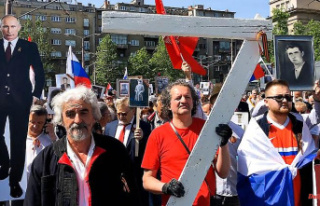 Hatred of the USA and NATO as a basis: Russian propaganda...