Wolfsburg starts with questions: Kovac does not yet know who he will train in the future

Without numerous new signings, but with a lot of players who are still to go, VfL Wolfsburg starts preparing for the new season in the Bundesliga. 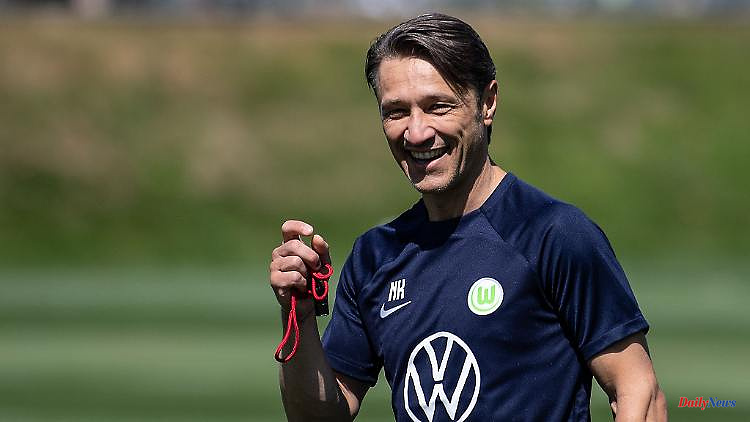 Without numerous new signings, but with a lot of players who are still to go, VfL Wolfsburg starts preparing for the new season in the Bundesliga. Although coach Niko Kovac does not yet know what his squad looks like, he is already formulating big goals.

The new head coach Niko Kovac has led the team training at VfL Wolfsburg for the first time. At the official start of training for the Bundesliga soccer club after two days of performance tests, however, numerous national players such as Lukas Nmecha or the newcomers Patrick Wimmer from Arminia Bielefeld and Jakub Kaminski, who is moving from Lech Posen, were still missing after their international trips.

After a disappointing twelfth place last season, Wolfsburg want to play for the Europa League or even Champions League places under Kovac again. "VfL was always a club with big ambitions. We want to continue these ambitions," said the former coach of Bayern Munich, Eintracht Frankfurt and most recently AS Monaco in France at his presentation. "We are here to be able to compete internationally again."

Before the first Bundesliga game against Werder Bremen on August 6th or 7th, the VfL squad will change a lot. Italy's Mattia Viti from FC Empoli and Portugal's David Carmo from SC Braga are under discussion as reinforcements for central defence. After the departure of Xaver Schlager, who moved to RB Leipzig, the Wolfsburg are also looking for a player for central midfield. The "Bild" newspaper linked the club to ex-Dortmunder Jeremy Toljan, who is currently under contract with US Sassuolo, on Wednesday, as right-back Kevin Mbabu apparently wants to leave Lower Saxony.

The two Swiss Mbabu and Renato Steffen are among a number of possible departures in Wolfsburg. This also applies to five players who were loaned out to other clubs last season and are now training again at VfL for the time being: ex-captain Josuha Guilavogui (Girondins Bordeaux), Elvis Rexhbecaj (VfL Bochum), Omar Marmoush (VfB Stuttgart) as well as the two Croatian internationals Josip Brekalo (FC Torino) and Marin Pongracic (Borussia Dortmund).

1 Drome. Drome. The 50-year old man was seriously injured... 2 Historic honor for Germans: The NHL is amazed by sensational... 3 Death of Maradona. Eight health professionals will... 4 Shock in solo freestyle: trainer saves unconscious... 5 Show for a modest world star: FC Bayern unpacks all... 6 Miscellaneous/politics. Under investigation for rape... 7 Coach Kramer "the heart rises": Schalke... 8 Equal rights for many associations: DFB leaves the... 9 LGBTIQ in Qatar in fear: "It feels like I am... 10 Qatar's LGBTIQ in fear: 'Like I'm dying... 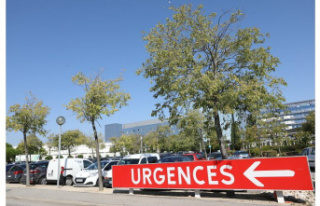