After the final whistle, the jubilation knew no bounds: the English soccer women are European champions for the first time in history. 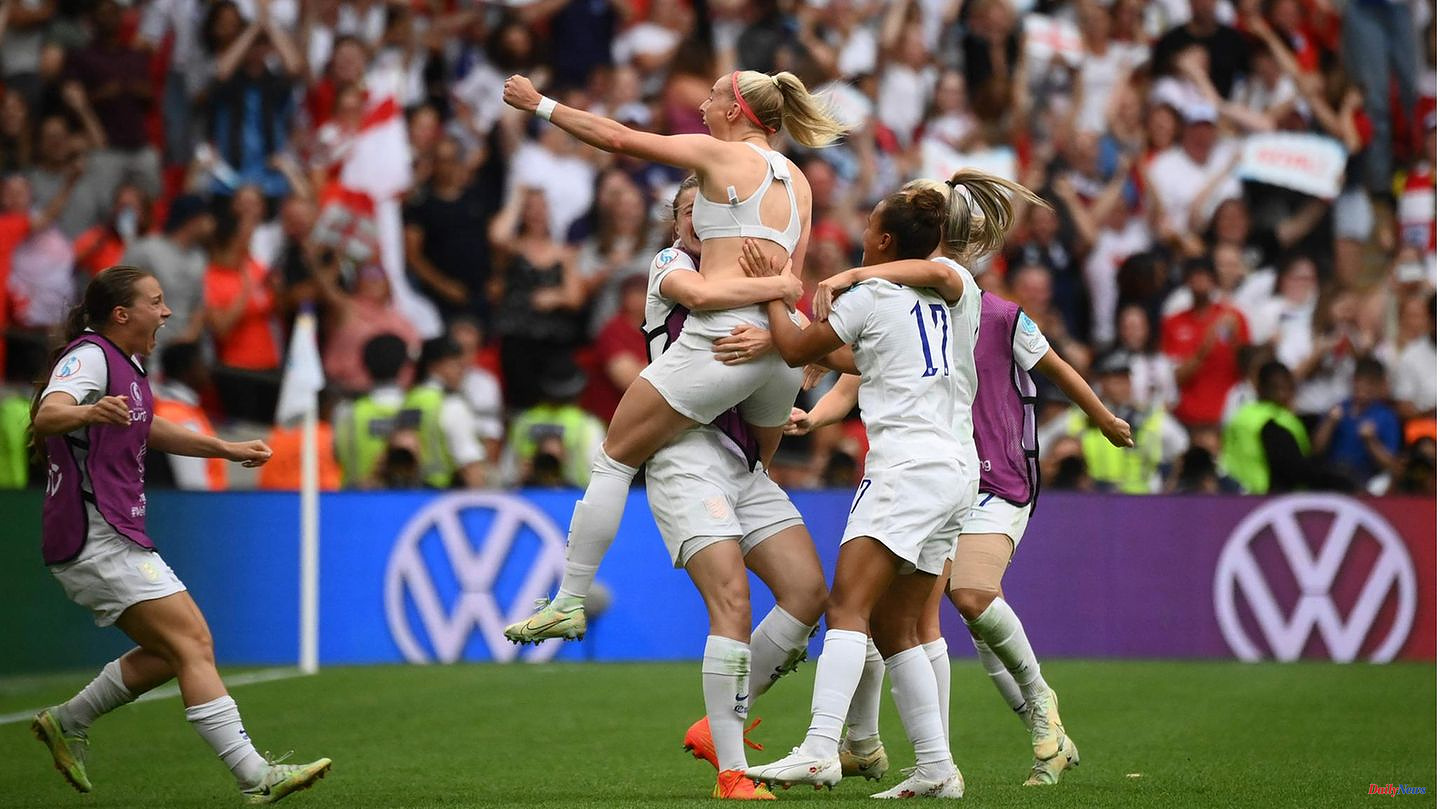 After the final whistle, the jubilation knew no bounds: the English soccer women are European champions for the first time in history. They lost twice in the finals, and they succeeded on the third attempt. They won a hard-fought game against Germany 2-1. After 90 minutes it was 1-1, in extra time Chloe Maggie Kelly scored the winning goal for the lionesses.

The game started with a shock for the German team: goal scorer Alexandra Popp, who had already scored six goals in this tournament, injured herself while warming up and was out for a short time. Lea Schüller took her place in the starting XI.

However, the national team quickly recovered from the shock. The game was an open exchange of blows from the start. With Prince William and Chancellor Olaf Scholz watching, both teams had good chances to score. In a physical game things got down to business, referee Kateryna Monzul pulled out the yellow card several times and warned Stanway and White on the English side, and the German full-back Felicitas Rauch also saw a yellow card.

The German national team came out of the dressing room with a lot of momentum and immediately after the restart, Waßmuth and Magull created several good scoring opportunities. The goal then fell on the other side: Ella Toone was sent by Keira Walsh with a wonderful through ball from within her own half. The German goalkeeper Merle Frohms overcame the substitute six minutes earlier with a skillful lob and sent the 87,000 spectators at Wembley Stadium into a frenzy of joy.

Germany reacted immediately and shortly afterwards had a huge chance to equalize. First, Lina Magull only hit the crossbar with a powerful shot, Lea Schüller was unable to convert the rebound. Magull did a better job in the 79th minute: she put a pass from Tabea Waßmuth precisely under the bar and made it 1-1.

That's how it went into overtime. Substitute Chloe Maggie Kelly proved to be the match winner there: she scored the much-acclaimed 2-1 winner after a corner. After the final whistle, the jubilation at Wembley Stadium knew no bounds.

1 Football EM: Alex Popp is the face of German success... 2 AirPod level for Android - with these headphones,... 3 Famous Celtics center: basketball legend Bill Russell... 4 EM final drama in a quick check: the pop shock is... 5 Raven black debut for black: Hertha stumbles out of... 6 "So close to the end... that hurts like a bastard" 7 In a penalty shoot-out, Hertha was eliminated from... 8 Football: Braunschweig throws Hertha BSC at the DFB... 9 Hanover region: Nine people get stuck in the elevator... 10 Women's Euro: England triumph against Germany... Football EM: Alex Popp is the face of German success...