The sixth World Cup title is the declared goal of the Brazilian national soccer team. 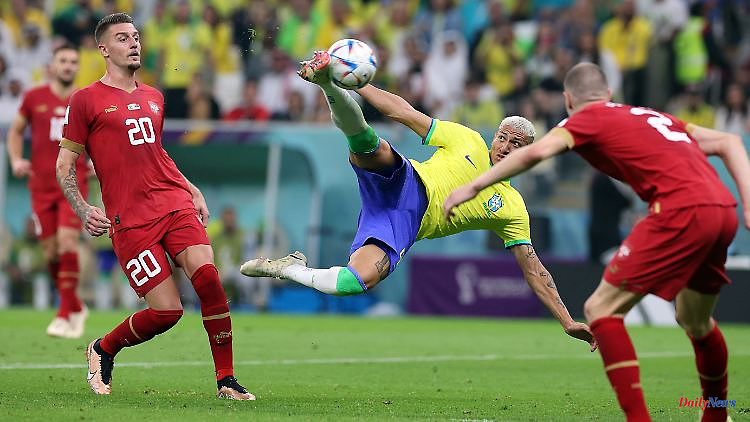 The sixth World Cup title is the declared goal of the Brazilian national soccer team. It may be a long time before the first goal is scored in the opening game against Serbia - but the South Americans underline why they are going into this tournament as favourites. An attacker redeems the Seleção beautifully.

Pelé ordered - and Brazil did magic. With the motivation of his greatest football icon, the record world champion has brilliantly opened the hunt for the sixth world title. Superstar Neymar, double goalscorer Richarlison and the other ball artists defeated Serbia 2-0 (0-0) in the place where they absolutely want to celebrate the "Hexacampeonato" on December 18: in the Lusail final stadium. In the end, the pass carousel turned dizzyingly in front of 88,103 spectators.

"Bring the trophy home!" Pele had demanded on social media on the day of the game. Thanks to the goals from Richarlison (62./73.), first after a Neymar dance, then fantastically with a side kick, the Selecao earned their 17th victory in the 22nd World Cup opening game and took the lead in Group G with Switzerland and Cameroon.

Neymar takes his third attempt at the world title - for a deeply divided country. The yellow and green national jersey, seen by tens of thousands in the Lusail final stadium, had been politically appropriated by right-wing populist Jair Bolsonaro's camp in recent weeks. The football superstar also drummed loudly for the incumbent in the presidential runoff election, in vain: Bolsonaro lost to Lula da Silva, whose supporters despise Neymar. Unifying is the great Pele, the only player in history with three world titles. The 82-year-old wrote on Instagram: "Our 200 million hearts will beat as one. Let's approach every game like a final!"

Neymar, who lined up half-left in attack, took it seriously. He turned the first corner kick with a spectacular trajectory straight onto goal - it almost worked (14'). A long-range shot by the PSG world star was blocked (20th), Neymar had already cushioned the first of a total of nine fouls with the typical triple roll. In the end, the nation worried about their superstar: after being substituted, Neymar had ice packs wrapped around his right foot, he suffered and cried.

In general, the Serbian five-man defense chain with Bremen's Milos Veljkovic at the center rigorously cleared away, she was wide awake with short lay-offs. The attentive goalkeeper Vanja Milinkovic-Savic also fished the ball off Vinicius Junior's foot (27').

Serbia itself also looked for the offensive from the outside positions from time to time, but by no means froze in awe. However, the pressure increased by the minute: Raphinha produced a ball from the best position, Nikola Milenkovic got his foot in between Vinicius Junior. Immediately after the break, Milinkovic-Savic saved against Raphinha, who had stolen the ball from Nemanja Gudelj.

From then on, the outsider was forced to do more offensive and pressing. Almost immediately, this resulted in a corner kick and Sergej Milinkovic-Savic's following big chance with a header. Marquinhos intervened before the ball went over the goal line. The Brazilian spectacle began, which the Serbs had been able to prevent for so long. Richarlison's side kick after the outstanding Vinicius was the most beautiful goal of this World Cup so far. 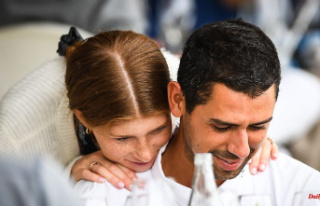