The German hockey women miss their first World Cup final since 1986: The European Championship runners-up lost the semi-finals in Terrassa 2-4 in a shootout against Argentina. 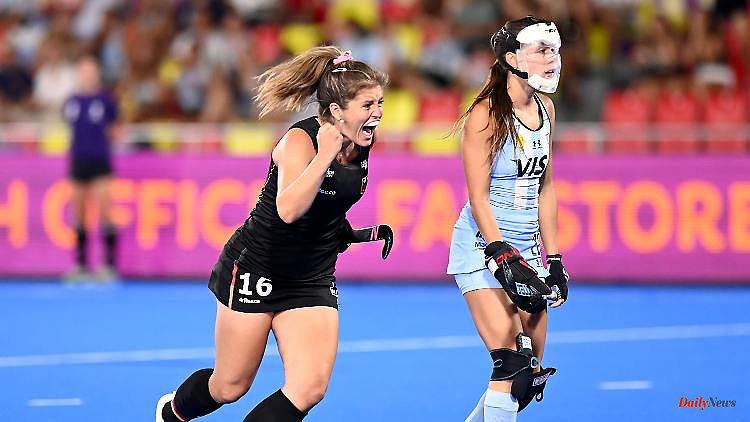 The German hockey women miss their first World Cup final since 1986: The European Championship runners-up lost the semi-finals in Terrassa 2-4 in a shootout against Argentina.

The German hockey women failed in the semi-finals of the World Cup because of their feared opponent, but they still have the chance to win their first World Cup medal in 24 years. National coach Valentin Altenburg's team lost to two-time champion Argentina in Terrassa, Spain, 4-2 in a penalty shootout. After 60 minutes, the score was 2-2 (1-2). Germany will play against Australia for bronze on Sunday (6.30 p.m. / DAZN).

"Of course, if you're in the semifinals, you want to go to the final," said co-captain Nike Lorenz after the game: "I think we can be sad about the result. But we'll get up tomorrow and fight for a medal."

After a lightning start, Hanna Granitzki (1st) gave the selection of the German Hockey Association (DHB) the lead, Charlotte Stapenhorst followed suit (44th). Agustina Gorzelany (14') and Agustina Albertarrio (27') scored for Argentina, who had the better nerves in the end.

Ahead of the game, Altenburg emphasized that he "didn't pay much attention" to the past games against Argentina. Both in 2010, when Germany last participated in a World Cup semi-final, and in the Olympic quarter-finals in 2021, Argentina had ensured that "Danas" were eliminated. Germany only suffered two defeats against the South Americans in the Pro League in May.

But the DHB team, which had to do without Kira Horn due to illness, started confidently and immediately set an exclamation mark. After just 28 seconds, Granitzki sunk the ball into the opponent's goal after a penalty corner. Argentina then tried to equalize, but Germany defended as concentrated as before.

Gorzelany brought Argentina back on from a penalty corner, but Germany continued to resist, rarely letting the South Americans get close to their own goal. At the front, however, the DHB team was unable to take advantage of its chances. Albertarrio finally followed suit.

After the half-time break, the game became more and more competitive, but Stapenhorst managed to equalize after the DHB team had established themselves in the opposing goal area. Goalkeeper Julia Sonntag made a strong save from a shot by Delfina Thome (52'). The strenuous and fast-paced game seemed to have left its mark on both teams, and neither of them was able to create clear chances again. Argentina pushed forward, but Germany didn't allow anything more in regular time. 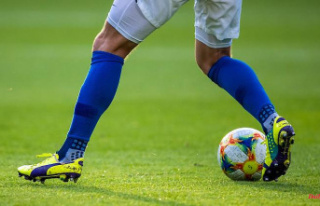