"World goalkeeper" at the World Cup in Qatar: "Musiala could become a big World Cup winner"

The football World Cup in Qatar is controversial, but takes place. 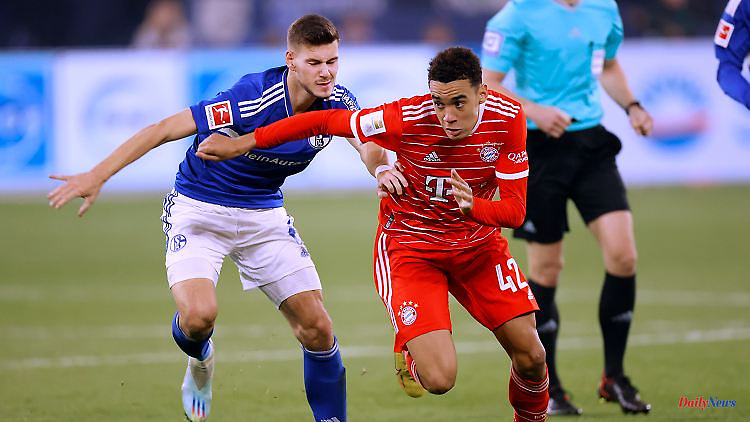 The football World Cup in Qatar is controversial, but takes place. What is the sporting value of these title fights? Will Germany be eliminated in the preliminary round? Which players will make their mark on the World Cup? Is there a big sensation? "World goalkeeper" Lutz Pfannenstiel reveals it in the ntv interview.

ntv.de: Mr. Pfannenstiel, the World Cup in Qatar is coming up. It has been controversial since it was awarded: games in winter, human rights violations, homophobia. Nevertheless, it is happening now. What sporting value do the title fights have?

Lutz Pfannenstiel: From a sporting point of view, the tournament is and will remain a world championship. The tournament of the best! Players and coaches can not help that this World Cup takes place in Qatar. They should concentrate on their know-how, football. I'm completely with Jürgen Klopp. From the political and social side, the criticism of the World Cup in Qatar is absolutely understandable and understandable. I can understand any football fan who boycotts these title fights, who says: 'I'll give it to myself'. One thing is clear: Qatar will be the international focus for the coming weeks - and the world will watch very closely what is happening there. Sporty, political, social!

Apart from the hosting in Qatar with air-conditioned, completely closed stadiums - the World Cup will take place in winter for the first time. In the middle of the Bundesliga season...

This is completely new territory! In terms of sports medicine and sports science, the consequences are difficult to assess. Controlling performance at the end of a calendar year with a view to preparing for the second half of the season is extremely difficult. Some players will get the reward for this madness in the second half of the season, in 2023: with a drop in performance, with performance gaps and, above all, with an increased risk of injury. The missing game breaks and the lack of regeneration of the players, caused by the dense national and international schedule, will take their toll.

Not a pretty prospect. But who has what it takes to become world champion in 2022?

So Germany is among the co-favourites. After the bankruptcy at the World Cup in Russia: what makes you so confident?

I worked with Hansi Flick, know him very well and appreciate him very much. I am absolutely convinced that we have the best man in the coaching chair! The team is balanced, has a lot of individual quality and offensive power. We still have the best goalkeeper in the world between the posts - and we've got a group that doesn't forgive mistakes but that's definitely doable. Everyone expects to reach the knockout stages and then anything is possible.

Spain and Germany are the clear favourites. But neither of the other two teams should be underestimated. I think Japan is stronger than Costa Rica, but despite all the Bundesliga power I don't think they will be able to get past Germany or Spain.

How about the other groups? Does the famous so-called group of deaths exist?

I think Group D with Argentina, Saudi Arabia, Mexico, Poland and Group H with Portugal, Ghana, South Korea and Uruguay are extremely dangerous. Group G, with Brazil, Serbia, Switzerland and Cameroon, is probably the group that can best be described as a group of death. Nothing more needs to be said about Brazil. Serbia is a team that can beat anyone on a good day. Switzerland kicked out France at the European Championship. And Kamerun is physically strong, difficult to play, with a lot of talent and an Eric Maxim Choupo motive that hits everything at the moment. That might end up being the most exciting group.

At the last World Cup, Croatia caused a sensation and reached the final. Who has what it takes to surprise everyone in this tournament?

In 2018 nobody had Croatia on their list before. But even then the team was peppered with absolute top players. On my surprise list I have Denmark and, to a lesser extent, the USA. The Danes have a team full of young players with great offensive power. The team has already shown at the European Championships that they have a lot going for them. The USA have an incredible physique and with Christian Pulisic they might have one of the stars of this World Cup in their ranks. In addition, with Gio Reyna an absolute top talent. Of the underdogs, Senegal is actually the most unpredictable, but unfortunately they have to replace their top star Sadio Mané.

It says: Attention! With Manchester City's trio of Ruben Dias, Joao Cancelo and Bernardo Silva, PSG midfielder Vitinha and Italian Serie A rising star Rafael Leao of AC Milan, the Portuguese shouldn't be underestimated. Your coach Fernando Santos is bursting with self-confidence and even believes his squad is capable of the title.

And the eternal secret favorite Belgium?

We talk about Belgium at every big tournament: it has to fit now. And in the end it just doesn't fit again. For a long time it was said that the team was young and super talented. There is now a seasoned team with strong individual players. You shouldn't write the Belgians off, but it takes a certain consistency in a major tournament to win titles. Belgium need to transform the talent they have into hard-hitting results. It is the last great chance of the golden generation around Kevin De Bruyne.

Speaking of which: For a whole generation of big names in football, this should be the last World Cup: Lionel Messi, Cristiano Ronaldo, Robert Lewandowski, Luka Modric. Will it be a World Cup for the old stars or will the wild youngsters like Kylian Mbappé put their stamp on the tournament?

Above all, I believe that it can be a World Cup with the perfect mix. Some of the mature world stars will show their skills again, know how to use their last World Cup again. At the same time, I'm sure there will be some youngsters who aren't really on the list yet, who will come to the fore at this World Cup - like Cameroon's Frank Anguissa from Napoli or France's Youssouf Fofana. However, I can also imagine Jamal Musiala as the really big winner of this World Cup. He's having a great season right now.

As a world goalkeeper, you have also played in Asia and Africa. How do you assess the chances of the participants from these continents?

Japan plays very disciplined, very organized and, as always, comes from the team spirit. South Korea is incredibly strong physically and has some difference players in the squad. Son Heung-min is an absolute rocket. After his successful facial surgery, he will hopefully get back to operating temperature quickly.

And the teams from Africa?

A never-ending story! Before every World Cup, everyone says it's about time that an African team could become world champions or at least finish in the top four. And at the end it says again: it wasn't enough again. It's a structural problem: there is enough talent, but unfortunately even more poor organization.

It is well known that hope dies last...

Right! And I hope that at this World Cup I will be wrong and there will be an unexpected world champion. That would be a sensation and would fit right in with these exotic title fights. Exotic because it takes place in winter. Exotic but also because of the temperatures, the fully air-conditioned stadiums. "Arenas on the rocks" and a matching world champion from the hottest continent. All of this in the middle of the desert! That would be the biggest sensation in the history of world football and somehow it would fit the most unusual World Cup ever. 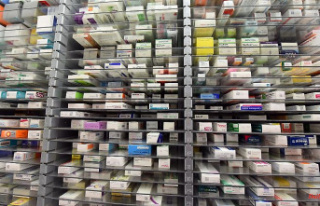