José Mourinho finally makes himself immortal: The star coach wins the first edition of the UEFA Conference League with AS Roma and is now the first coach to have won all European club titles. 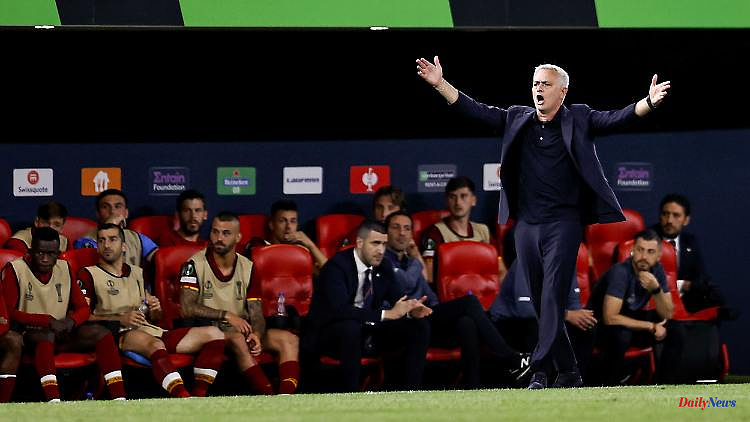 José Mourinho finally makes himself immortal: The star coach wins the first edition of the UEFA Conference League with AS Roma and is now the first coach to have won all European club titles. Feyenoord Rotterdam loses its first game in this competition against "The Special One".

"The Special One" wrote football history: Star coach Jose Mourinho won the new Conference League with AS Roma - and thus his third different European Cup trophy. The 1-0 (1-0) triumph in the premiere final in Tirana against Feyenoord Rotterdam put the Portuguese in an exclusive circle: only Udo Lattek and Giovanni Trapattoni had previously managed this feat when there was still the Cup Winners' Cup.

Nicolo Zaniolo (32') scored for Roma, who clinched their first international title since the Fairs Cup, the predecessor of the UEFA Cup, 61 years ago. Mourinho, Champions League winner in 2004 with FC Porto and 2010 with Inter Milan, UEFA Cup winner in 2003 also with Porto and triumphant in the follow-up Europa League 2017 with Manchester United, was also successful in his fifth European Cup final.

For Feyenoord, on the other hand, the dream of winning the European Cup for the first time in 20 years was shattered in the Albanian capital. The 15-time Dutch champions won the UEFA Cup against Borussia Dortmund in 2002 - the last of their four international titles.

"The Conference League is our Champions League," Mourinho said before the game: "That's the level we're at." For the ex-Dortmunder Henrich Mchitarjan the final was over after a quarter of an hour. The 33-year-old, who announced the end of his international career for Armenia in March, had to leave the field injured.

Roma took advantage of the first top-class opportunity to take the lead: after a cross from Gianluca Mancini, Feyenoord defender Gernot Trauner jumped under the ball and Zaniolo completed the goal. Shortly after the break, the three-time Italian champions were doubly lucky when Mancini hit the post of his own goal (48') and goalkeeper Rui Patricio deflected the ball to the crossbar (50').

Even before kick-off, the Albanian police had expelled 80 violent Roma fans. The evening before there had been serious riots between the two fan camps and the police in the final venue. According to the police, 30 people, including 20 security forces, were injured in the riots.

The Tifosi were identified thanks to police cooperation with the Italian Embassy in Tirana. They left Albania aboard the Durres-Bari ferry, Italian media reported. A total of up to 100,000 supporters are said to be in Tirana for the final, while only 21,690 spectators fit into the National Arena. 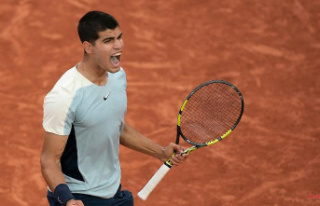