The wait is over: With a sharp attack on the last climb, Wout van Aert clinched a day's victory for the first time in this year's Tour de France. 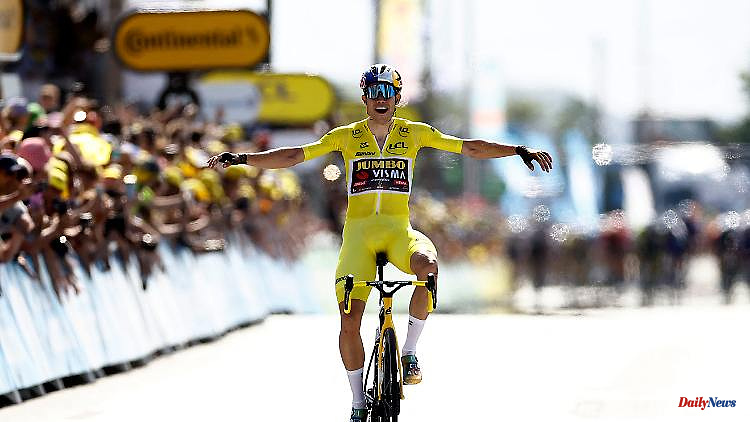 The wait is over: With a sharp attack on the last climb, Wout van Aert clinched a day's victory for the first time in this year's Tour de France. The Belgian extends his lead in the overall standings. A practical test for the drivers is scheduled for tomorrow, Wednesday.

With a spectacular attack on the chalk cliffs of the Channel coast, Wout van Aert broke the spell as the permanent second in the 109th Tour de France and finally celebrated his first stage win. After three second places, the Belgian won the fourth stage and further extended his lead in the overall standings. And on Wednesday, the cobblestone stage to the notorious Arenberg forest is a picture perfect for the Belgian all-rounder.

Eleven kilometers before the finish, his team Jumbo-Visma launched a brutal attack on the nearly one-kilometer-long Cote du Cap Blanc-Nez. The team with the favorites Primoz Roglic and Jonas Vingegaard drove the entire field apart, and defending champion Tadej Pogacar also had problems at first. Van Aert was the first to go over the crest and raced towards the finish line alone. Behind them, the field came together again after a short, confusing phase.

"We had plans for the team. We were in a perfect position. That was tough. We heard that we had caused some damage. Then I went through it alone," said van Aert. His compatriot Jasper Philipsen won the sprint of the field in second place and initially thought he had won the stage. Eventually he was spotted by third-placed Christophe Laporte.

The first day after the visit to Denmark initially went like the flat stages in Scandinavia. Mountain jersey wearer Magnus Cort tore away - this time with Frenchman Anthony Perez - behind them the field bored until van Aert attacked. Due to the points collected, Cort, who is celebrated in his Danish homeland, should only lose his mountain jersey on Friday's first mountain climb.

The section on Wednesday from Lille to Arenberg promises to be significantly more exciting. Eleven cobblestone sectors have to be mastered, the first comes after about 74 kilometers. A total of 19.4 kilometers of bumpy dirt roads in northern France are on the program. Compared to the previous cobblestone stage of the 2018 Tour, the organizers chose longer sectors. Back then, John Degenkolb celebrated one of the most emotional victories of his career.

On Wednesday, there are also parts of the pavé sector between Erre and Wandignies, which bears Degenkolb's name. With four stars, the pavé belongs to the second heaviest category and is the only one in the program of the classic Paris-Roubaix that is named after a still active professional. Degenkolb, who won the classic through the hell of the north in 2015, is one of the prominent sponsors of an association that is committed to preserving the cobblestone passages.

It is questionable whether Degenkolb has the form to repeat his coup from four years ago. Shortly before the tour, a corona infection threw him back. The veteran doesn't really know where he stands. "The values ​​in the medical tests were unremarkable and I didn't notice anything during training either. But you will only really see it in the race," said the Thuringian. Mathieu van der Poel, who has already won the Tour of Flanders twice, is the top favourite. From a German point of view, Nils Politt could also have a chance. The German champion is in top form and finished second at Paris-Roubaix in 2019. However, the man from Cologne may have to protect his captain Alexander Vlasow and guide him safely across the pavement. 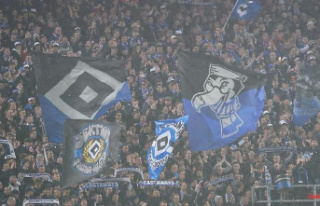 Bambling about EM 2024: HSV is threatened with a financial...