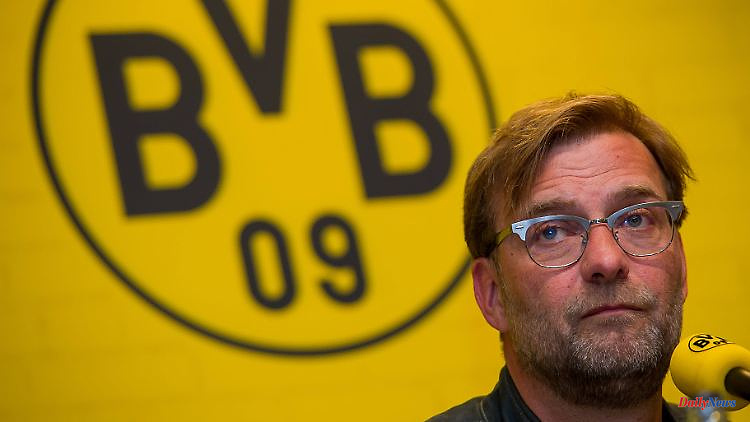 Season 2014/15: A lot goes wrong for Jürgen Klopp and his BVB. The champion of 2011 and 2012 even finds himself in a relegation zone. In those days the thought of separation must have fallen. When she becomes known, a journalist shows his weird side.

April 15, 2015. It was the day that Jürgen Klopp announced his contract termination at Borussia Dortmund. After an emotional 28 minutes, spokesman Sascha Fligge announced the last question for the day and gave the floor to a man in the front row. He introduced himself as a representative of the "Handwerkblatt" from Düsseldorf. After short, somewhat erratic introductory words, he quickly got to his real concern. Not only Jürgen Klopp, but also all press representatives in the room reacted with irritation: "I have one request: you promised me - maybe I can do that - that I would get a ticket for my son. And I would like to demand that today too, that I get the ticket for the David."

Jürgen Klopp needed a moment to compose himself. Then he answered confidently as usual: "I'll tell you quite honestly - I would like to have your self-confidence. That's the last question of this press conference, I have to say ... we can ask one more. We can get a ticket ... I still have it one." Head shakes, smiles and laughter in the room. You couldn't have crashed this moment full of feelings and farewell pain more obliquely. But there was something else that everyone who attended remembered from this very special day. A sentence that Jürgen Klopp had said shortly before: "It's not important what you think about someone when they come, but when they go."

But what kind of a creepy first half was that for BVB in the 2014/15 season? And even after the 19th match day at the beginning of February and a home defeat against FC Augsburg, Dortmund were still in last place in the Bundesliga - with only 16 points. An unusual picture. After six years of football frenzy under Klopp, nobody could have imagined such a course of the season - not even the coach himself. As late as December, he answered questions about the current situation at Borussia with his usual humor: "If you only want to be successful, you only have one chance: become a Bayern fan."

But then the situation around BVB became more and more critical. A tough relegation battle seemed imminent. That got on the nerves of the fans and increasingly also those of the officials. Already at this early point in the season, Jürgen Klopp made a decision that he finally announced on April 15 at the well-received press conference: At the end of the season he would resign as head coach of Borussia Dortmund!

After just nine seconds of the first day of the game, you could already guess that the season could not be good for BVB. At that moment, Leverkusen's Karim Bellarabi gave his team the lead in Dortmund faster than any other player in league history had done before. In the end, Bayer won 2-0 and Borussia's false start was perfect.

At the top of the table, the boredom that has been accustomed to in recent years quickly spread. FC Bayern Munich surpassed their own record from the previous season and kept an unbelievable 22 clean sheets in total. This also broke an old record from the 2001/02 season. With his 20 games to zero, Manuel Neuer replaced the former national goalkeeper Oliver Kahn in this statistic. Bayern's possession of the ball culminated in another record on matchday six against 1. FC Köln: Xabi Alonso was on the ball 206 times in this game.

The Werder professional Sebastian Prödl expressed the overwhelming dominance of the record champions as follows: "Munich is like going to the dentist. Everyone has to go there. It can hurt quite a bit. But it can also end lightly." Bremen's 6-0 defeat was more likely to fall into the category of a rather painful visit to the dentist.

The increasingly clinically pure football, which had matured almost to perfection under the Catalan Pep Guardiola in Munich, was attracting fewer and fewer spectators in its kind. The results were too obvious, too predictable. The arch-enemy of the Bayern coach, José Mourinho, also blasphemed: "If you enjoy what you do, you don't lose your hair. He went bald. Guardiola doesn't enjoy football." The impartial football spectator was all the more pleased when Bayern's CEO Karl-Heinz Rummenigge once again delivered a verbal bon mot. On the occasion of Franck Ribéry's 100th goal, Rummenigge congratulated him with the words: "I take off my hat and say Champs-Élysées."

Hamburger SV saved themselves again in the very last second in the relegation at Karlsruher SC. But a fan of the red pants couldn't and didn't want to anymore. He put his entire collection on eBay - and didn't save with clear words in the direction of his formerly beloved club: "Fed up! Bottle empty! Everything has to go! I can't see the things anymore! I'm over 40 now and have to go to mine By the way, the starting price is made up as follows: The 1887 stands for the founding year (yes, boring), the 0 for zero successes in the last twelve years (yes, I counted the League Cup in 2003 as a success)! "

Among other things, this curious piece is on offer: "Tanga with diamond and 'Member' lettering (never worn, a shitty gift)". Current football is also being criticized: "You may be wondering why I stopped offering business/industry, right? Not me!" But despite the harsh tone - customer friendliness could not be denied to the annoyed HSV fan: "I'll be happy to bring the load over for a twenty-five, but only in Germany! Shipping abroad would first have to be clarified. So, Mr. Kühne, if If you bid on this stuff, we'd have to call again before I jet off to Switzerland!" 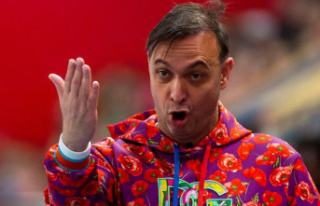