Back up important files: This is how easy it is to make backups on the PC

Many users have important files stored exclusively on their PC's hard drive, risking losing them forever. 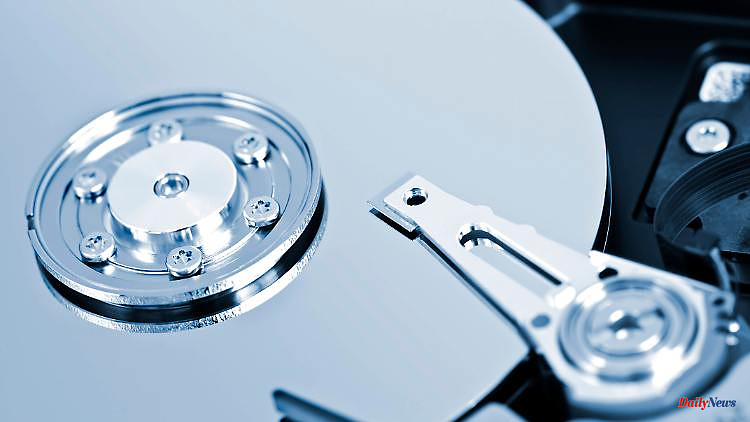 Many users have important files stored exclusively on their PC's hard drive, risking losing them forever. Regular backups protect against this and are so easy that there is no excuse not to do it.

Holiday photos, important office documents or smartphone backups: All kinds of important data are collected centrally on the notebook and desktop PC. So that they are not lost in the event of a breakdown or a hacker attack, they should be copied to an external storage medium on a regular basis. You don't need any special knowledge for this, as long as you don't make it unnecessarily complicated.

"Data is gone faster than you think. On the one hand, the hard drive can be damaged, but the danger from malware is far greater," says Lutz Labs from the specialist magazine "c't". In addition, there is a risk of loss or theft, especially with notebooks. There are many ways to secure your data, says Thomas Bayer from the IT service provider Adesso. "But the most important thing by far is that you do it at all."

Bayer advises always observing one basic rule: "After the backup, the storage medium should always be physically separated from the computer, otherwise the floodgates are wide open to malware." The easiest way to do this is with external hard drives.

"It's associated with manageable costs, it's quick and such a hard drive can also be kept in a safe place," says Sven Schulz from "Computer Bild". A 2.5-inch hard drive with a data volume of 5 terabytes, for example, costs around 100 euros and can be conveniently docked via a USB port. An extra power connection is not even required here.

Another option is to backup to internet servers. "If you don't want to back up so much data, the cloud is also an option. However, backing up via the Internet connection usually takes longer and there is always a residual risk of data being lost," says Sven Schulz.

If you opt for a cloud, you should also take a close look at which server location and how the respective provider secures the data. If in doubt, it is advisable to encrypt your data yourself before uploading it. For example, you can use the open source software Cryptomator.

According to Labs, backup to USB sticks is not an option for data backup. "A USB stick is good for temporarily backing up a file, but not for a full backup," explains the expert. "The memory in USB sticks is often inferior, so the data would not really be well secured here in the long term."

There are also differences in the type and scope of data backup. "The simplest and fastest option is simply copying entire folders over. That's the way to do it if you don't have a special program for backup," explains Thomas Bayer. On the other hand, if you use a pre-installed program for data backup or buy the appropriate software, you often have the choice between different backup options.

"With a backup, all the data on the computer is backed up, i.e. images, text documents and so on. With an image, the programs are also backed up. And the user has the option of restoring the computer from the corresponding data medium. This is also called recovery solution," explains Labs.

Another option is archiving, which involves moving data to another location for long-term retention. This is then also closed data or files that should no longer be changed.

Sven Schulz sees the solution that Windows operating systems come with as a good entry point with weaknesses. "The major disadvantage of Windows data backup is that the tool is relatively complicated to set up." The data backup of macOS is much less complicated. But there are also numerous free backup programs for Windows that offer more functions and convenience than Microsoft's in-house solution, such as the German open source tool Personal Backup.

The question of the frequency of data backup cannot be answered in general terms. However, if you use your computer frequently, you should back up your data weekly, or even more often. And the question of whether one backup is enough is also relevant. Lutz Labs generally recommends three copies, according to the 3-2-1 backup rule: three copies on two data carriers, one of which is outside the home, for example in a bank safe deposit box or at work or with relatives. While the first copy can be on the computer, copies two and three are made on external USB drives.

If you are unsure how often you should back up your data, if you are forgetful, or if you simply want to trick your lazy inner bastard, Bayer recommends setting an automatic backup that many programs offer: "You can always back up more often then , but a preset routine does not forget to back up in any case and also reminds the user if the computer was not switched on at the preset time."

Another option for data backup is a network drive (NAS), which can be connected to the router, for example. However, Sven Schulz from "Computer Bild" advises normal and occasional users not to use the solution. "Such a network drive has to be set up in a somewhat more complex manner and, at around 300 to 400 euros, should also be quite a bit more expensive than a normal external hard drive." In addition, with NAS systems there is a risk of malware spreading to other devices via the network. 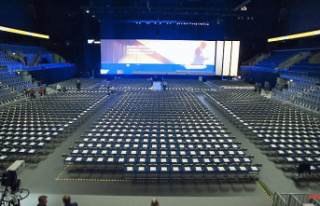 Study on top positions: There are only rarely East...