The 2021 SiGMA Gaming Awards was held on the 15th of November during Malta Week, and Betiton™ won a much-coveted award. Find out more here. Malta Week started on the 15th of November and ended on the 19th of November. One of the most important parts of this week was the SiGMA Gaming Awards. The awards night was attended by iGaming representatives from some of the world's biggest iGaming companies. The award ceremony was held at Hilton in St. Julian's.

A number of awards were handed out during the 2021 SiGMA awards ceremony, with one of the most prestigious being the "Rising Star Operators of the Year". The company that won this coveted awarded was Betiton™. Arnaud Serour, the co-founder and CEO of Betiton™, was the one to accept the award, and he said: "This prize that rewards all our efforts and all the passion we injected since the launch of Betiton™ means so much for us. Thanks also to Djibril for helping us skyrocket Betiton™’s brand awareness."

SiGMA is responsible for organising some of most-attended iGaming festivals. They hold their events in Europe, Africa, Asia, South America, and America. Their events can last for a number of days, and they are often attended by hundreds of thousands of iGaming fans.

Betiton™ first came into being in March 2020. This website offers its services to players all over the globe. Its products include live casino tables, sports betting markets, and online slot games.

1 Direct payments are being used by the US to reduce... 2 The GOP is not in lockstep with transgender sports... 3 In the first year of pandemic, most metros lost residents 4 High levels of THC in hemp 5 U. of Michigan settles sex-abuse case against students 6 FDA reviews ALS drugs under pressure from patients... 7 According to an AP-NORC poll, Americans want Biden... 8 Rural areas are also affected by GOP's push for... 9 Police: Five people were injured in an attack on an... 10 Jackson headed for confirmation, despite Republican... 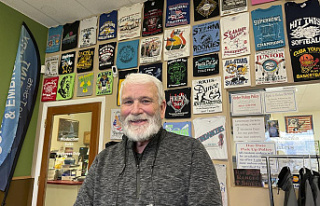 Direct payments are being used by the US to reduce...