Table water filters are usually made entirely of plastic, used cartridges end up in the garbage. 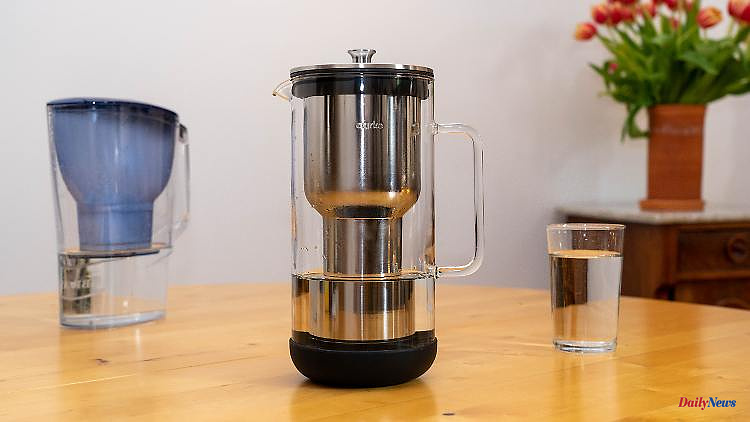 Table water filters are usually made entirely of plastic, used cartridges end up in the garbage. The Aarke Purifier is mostly made of glass and steel and only the granulate is disposed of. ntv.de has tried out how the chic newcomer fares in the tough everyday water life in Berlin.

Many countries envy Germany because of the excellent quality of its tap water. According to the Drinking Water Ordinance, it must be clear, colorless, odorless, cool, tasteless and without any properties that are harmful to health. In the Federal Republic of Germany, water would not have to be transported by rail or road or bought in bottles at a much higher price in the supermarket.

Nevertheless, there is a table water filter in many German households. Mostly to descale hard water, occasionally to neutralize the taste. Usually a water filter made of plastic is used, the used disposable cartridges of which end up completely in the garbage - even if there is theoretically a recycling program. This is different with the new Aaarke Purifier from Sweden. It consists largely of glass and stainless steel and only the used filter granulate is disposed of. ntv.de tried it out.

Aarke is already known for its water bubblers, which stand out from the plastic mass due to their design and material, but are also quite expensive. It's no different with the Purifier. With its glass jug and funnel and lid made of stainless steel, it is a real eye-catcher compared to its plastic competition.

Something like this can be left on the table when guests are over for dinner. Maybe they'll ask about the beautiful piece and then hear that starting May 18, including a portion of granules, you'll have to shell out 125 euros for it.

Well, the price is steep, but such a water filter can last for several years. All components are dishwasher safe and make a very solid impression. The rubber base gives the purifier a secure hold, the lid seal and funnel holder close perfectly with the jug.

Apart from the fact that you have to fill the cartridge beforehand, the start-up of the Aarke Purifier is hardly any different than with conventional table water filters: Clean all components and soak the filled cartridge for a while. The first filling is poured away, after that the water is drinkable. It is striking that there were no residues in the first filtered water, while this is often the case with the disposable cartridges, even in the test.

All beauty is useless if the part does not filter properly. To find out, ntv.de had the Aarke Purifier with the supplied granules compete against a Britta water filter equipped with an Aqua Select cartridge.

In both cases, the granules consist of ion exchange resins for descaling and activated carbon to remove chlorine and other taste and odor impairing substances. Both pots were filled with cold tap water the same number of times, in quick succession, according to the instructions.

The tap water used is very calcareous with a hardness of 20 (°dH), in some parts of Berlin, according to official information, even 23 °dH is reached. A liquid test from Agualeve was used to determine the degree of hardness.

The Britta/Aqua Select combination lowered the degree of hardness to 4 °dH at the beginning, although the result with the original Britta filter can definitely be better. The Aarke Purifier even reached 0 dH. This is not necessarily desirable, for a delicious espresso from a portafilter machine, for example, the degree of hardness should be between 4 and 8 °dH, some roasters find up to 14 dH ideal. If the water is too soft, coffee quickly tastes too sour, if the water is too hard, the desired fruit acid is lost and an unsightly coating forms.

Filter granules degenerate quite quickly with Berlin water. After two weeks and 30 fillings each time, the water filtered by the Purifier was only 9 dH, that of the Aqua Select combination was 12 dH. This means that you actually have to change the granulate or cartridge after two weeks if you want to protect your espresso machine from calcification, for example. For hygienic reasons, this is only recommended after four weeks or 120 liters of filtered water.

Speaking of hygiene: Aarke recommends keeping the water filter in the fridge. With a diameter of 12 centimeters and 27.5 centimeters, this is rarely possible. Nevertheless, after two weeks the purifier appears less germ-like than its plastic competitor.

On the one hand, this is because a weekly cleaning in the dishwasher is probably more hygienic than, for example, cleaning with a sponge and washing-up liquid. Above all, however, the weekly boiling of cartridges and granules is a disinfection that is not possible with disposable cartridges. Either way, filtered water will never be more hygienic than straight from the tap.

Depending on the hardness of the tap water and the intended use, the granules of the Purifier must be changed every two to four weeks. A pack of three costs 20 euros at Aarke, and 30 euros are due for “enriched granules” with magnesium and an alkalizing effect. But there is also a cheaper way, for 13.50 including shipping you can get 1 liter of the mixture of ion exchange resins and activated carbon from a large German supplier.

The bottom line is that the Aarke Purifier filters no worse or better than other table water filters. But it looks much better and saves the environment a lot of plastic waste. It could also be more hygienic if handled correctly.

The price hurts, but you can enjoy the purifier for a long time and if you buy the granules from good alternative suppliers, the Swedish solution is even cheaper in the long run than a conventional water filter with inexpensive third-party cartridges.

1 Preinstalled Android apps: The best alternatives for... 2 Trackers and malicious links: Many antivirus and cleaning... 3 When seniors fall: Secufy replaces an Apple Watch... 4 Networked, they can be greedy: How much power do devices... 5 The right one for every requirement: These are the... 6 Has the selfie stick had its day?: Snap launches the... 7 Annoying and dangerous: How to protect yourself from... 8 Similar, but also very different: This is how the... 9 Ecoflow Delta mini solar panel: Compact power station... 10 Top class ANC earphones: Sennheiser makes Momentum... 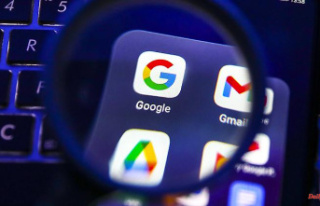