The tough corona lockdown in Shanghai is not only an enormous burden for the population of the metropolis, but is also increasingly causing difficulties for international technology companies. 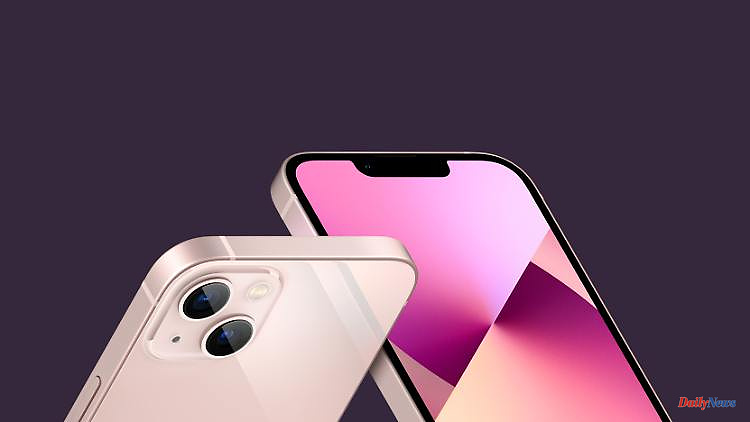 The tough corona lockdown in Shanghai is not only an enormous burden for the population of the metropolis, but is also increasingly causing difficulties for international technology companies. Among other things, Apple is threatened with sensitive production losses.

Since March 28, Shanghai has been under a strict corona lockdown, with which the Chinese government is trying to enforce its rigorous no-Covid policy. Nothing has been going on in neighboring Kunshan since last week either. This not only has serious consequences for the more than 26 million inhabitants of the region, who are practically under house arrest, but the global economy is now increasingly feeling the consequences.

More than 800 international companies have regional or national headquarters in Shanghai or Kunshan, 121 of which are among the top 500 corporations in the world. Many of their factories produce in the region for the world market, especially for the electronics industry. After all, the government has so far kept the port of Shanghai in operation, through which almost 17 percent of Chinese container traffic passes.

Basically all factories that do not produce essential products had to shut down their lines in Shanghai and Kunshan. According to Nikkei Asia, they also include Pegatron and Quanta, which make iPhones and MacBooks for Apple. According to the unerring analyst Ming-Chi Kuo, production there could be fully up and running again by the end of the month or early April in the best-case scenario. China Renaissance Securities macro and strategy researcher Bruce Pang told Al Jazeera he expects the restrictions to last at least until June.

If you look at the development of the number of infections in Shanghai, it will probably take longer because they continue to rise steeply despite the lockdown. Easing in residential areas where there have been no new infections for two weeks is of little help to the industry. In view of the extremely high infectivity of the omicron variant, such quarters are likely to be a temporary exception.

The standstill in the Quanta factories is particularly problematic for Apple, because they manufacture almost all of the group's laptops. Thus, should the lockdown in the Shanghai region last any longer, it could mean that Apple will have to scrap its plans for 2022 and postpone the launch of new models. According to "Bloomberg", the company would like to present the new MacBook Air, which is eagerly awaited by many users, at the opening of its developer conference WWDC on June 6th.

Predicting upcoming lockdown changes is hard, Kuo tweeted. He hopes that Apple "has the best supply chain management and good relations with the Chinese government." However, the longer the lockdown lasts, the more negative it will be for consumer confidence, according to the analyst. In addition, this will probably lead to delivery bottlenecks in the second half of the year - also for Apple products.

This already applies to the iPhones due to the production stop at Pegatron. So far, however, the effects have been limited because the majority of the devices are manufactured by Foxconn, which can partially compensate for the outages at short notice, says Kuo. However, the analyst sees the danger that the Omicron wave will spread in China and that the Foxconn factories will also be affected as a result and the lines in the Pegatron factories could not start up again so quickly.

Apple is only the most prominent customer, numerous large and small electronics companies have their products manufactured in the region or purchase important components from there. Many of the factories are owned by Taiwanese contractors like Foxconn. A total of 161 Taiwanese companies have had to shut down their operations in Shanghai and Kanshan, the Taipei Times reports.

TSMC, the world's largest contract chip maker, is apparently not one of them. Its factories could continue to produce if the workers stayed on the premises and slept and ate there, Data Center Dynamics reported. Other manufacturers are also trying to stick to this so-called "closed-loop system" - at the expense of the workers.

Most factory workers are migrants with no social security who accept this in order to keep their jobs," said Julian Evans-Pritchard of Capital Economics "Al Jazeera". "A large number already live in normal times in employer-provided dormitories. "

According to "Nikkei Asia", Unimicron and Nan Ya Printed Circuit Board Corporation, which, along with the US company BizLink, are the most important suppliers of printed circuit boards for Tesla and whose first Giga factory is in Shanghai, have definitely closed. "According to CNN, the plant was still delivering more than 65,000 cars last month, and since March 28 the production lines have also stood still there. However, the effects of the lockdown could soon hit the second Giga factory in Grünheide near Berlin, which was only recently put into operation and which probably also depends on printed circuit boards from Shanghai.

1 Expensive commuting: Is it worth switching to a company... 2 Crisis-resistant securities: What now stabilizes the... 3 Shaving foam and gel in the Öko-Test: Here, shaving... 4 These medicinal herbs work wonders: relieve toothache... 5 55 percent protection: TUI with a 9 percent chance 6 Good things from a can: Seven deodorants are "insufficient" 7 Storm and heavy rain: This is how drivers get through... 8 Inflation vs. package of measures: how much does the... 9 Rush at gas pumps expected: gas station industry fears... 10 Poison clubs fail: Only one remedy against moths "very... 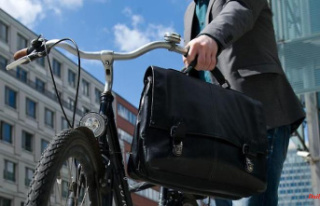 Expensive commuting: Is it worth switching to a company...