Pay close attention to the nuances of the videos you watch the next time you scroll through your social media feeds and you’ll likely notice at least a couple distinct trends between the platforms. There are meaningful differences between social media videos by platform. However, if you are like most social media users, you don’t pay close attention to the subtleties of most videos based on platform, overlooking their idiosyncrasies to focus on the message of the content or its entertainment factor.

Let’s take a quick look at how social media video trends differ from one platform to the next and shine the spotlight on some of those specific trends that are especially noteworthy in the context of marketing.

To start off with an example, some Instagram clips are a mere 10 to 15 seconds while videos embedded to Facebook, Twitter and other social media platforms have the potential to be exponentially longer. TikTok videos are especially short, providing brief video snippets that are just the right length for Generation Z and younger millennials who want to quickly digress from one video to the next, oftentimes leapfrogging from TikTok to Facebook, YouTube, Instagram and beyond in a single web surfing session.

The length of videos is only one of the many differences between social media videos based on their respective platforms.  There are several other meaningful distinctions between video type and platform as detailed below.

Surf the web over to Facebook and you are likely to find at least one person in your digital social circle live streaming their day or a portion of their day. Live streams are also used for more formal purposes such as work meetings that cannot be held in-person at a corporate headquarters or other traditional meeting space.

However, live streaming is not available or popular on each type of social media platform. As an example, Twitter’s video capabilities do not yet allow for consistent and effective live video streaming. The social media powerhouse does have a live voice chat / hang out session capability. But, live audio hangout sessions on Twitter have not spilled over into the mainstream of social media culture.

Though live streams have the potential to make social media platforms that much more dynamic, it appears as though traditional recorded video prepared well ahead of time to provide viewers with a polished product just might prevail as the most popular form of social media video.

Stories, originally featured by Snapchat, are now used by several social media platforms, albeit under different names. The stories video trend heightens user engagement level through questions, polls and more. In short, the appeal of the Stories video format is that the limits of the videos are only constrained by the social media user’s imagination.

According to Statista, live commerce revenue for the United States market alone will triple within the next two years, topping out around $35 billion. Statista reports the country's current live commerce market is $11 billion. The massive expansion of this market will be expedited and facilitated all the more with social media videos that are shoppable with the click of a button.

Part of the reason why live stream shopping is growing in popularity is it provides a personalized and comfortable atmosphere in which one can make decisions in a relaxed environment without any outside stressors. The shopper has full control over his or her computer or phone as well as the social media videos, ultimately setting the stage for a conversion from a prospect into a paying customer.

While using Facebook, you are likely to find companies that have paid for embedded ads within users’ feeds. Some such videos are shoppable, meaning they can be clicked for immediate purchase. Such interactive video content heightens engagement, boosts sales and facilitates a seamless user experience from social media platform to the company’s online footprint, ending in a conversion at the bottom of the sales funnel.

Snapchat and several other social media platforms aren’t nearly as likely to have as many shoppable videos as Facebook. In particular, shoppable live video streams on Facebook and other social media platforms will likely continue to soar in popularity through 2022 and beyond. As an example, TikTok and Wal-Mart agreed to collaborate on a variety show featuring celebrities and other high-profile personalities to promote national and private-label brands available at the retail monolith’s stores. This is only one such example of an emerging trend.

1 Legislative 2022. 5th Constituency of Isere - Frederic... 2 "A catastrophe precedent": UNHCR boss condemns... 3 Foxes President Steffel: Handball boss wants to lead... 4 After the first round, the Nupes and Interior are... 5 Animal lived 13,200 years ago: Life of a primeval... 6 50 colors of dam were voted against the National Rally... 7 Washington promises to work with allies to provide... 8 The day of the war at a glance: Russians destroy the... 9 Mecklenburg-Western Pomerania: truck overturns on... 10 Thuringia: arrest due to threat situation: weapons... 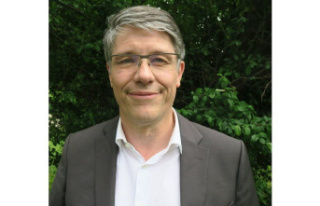