The Vivo X80 Pro is a top smartphone with excellent camera equipment and a strong interior. 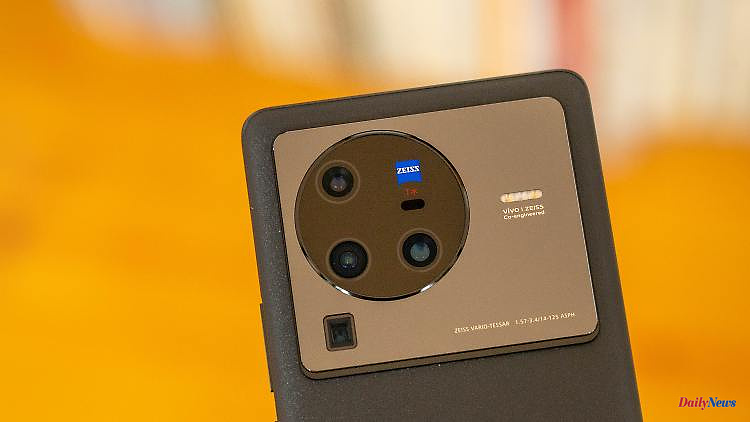 The Vivo X80 Pro is a top smartphone with excellent camera equipment and a strong interior. What makes the device special is the huge fingerprint sensor under the magnificent display, which shows what is currently possible with this technology.

As early as 2019, Qualcomm presented the prototype of an ultrasonic sensor that was much larger than the usual fingerprint sensors that were used invisibly under smartphone displays. At the time, it was rumored that Apple could use it in upcoming iPhones to make a comeback for Touch ID. But that hasn't happened so far. Rumor has it that Apple won't be satisfied until you can put your finger almost anywhere on the screen. The Vivo X80 Pro, in which Qualcomm's 3D Sonic Max is now celebrating its premiere in Europe, shows that this is not absolutely necessary.

The sensor has an area of ​​20 x 30 square millimeters and is therefore around four times larger than previous ultrasonic sensors. This means that the X80 Pro can offer up to three fingerprint surfaces, among other things. One unlocks the device, the other two are for quick access to apps, such as Camera and Messenger. It is also possible to specify that an application can only be opened by entering two different fingerprints at the same time.

The 3D Sonic Max is not only very big, but also very fast. According to Vivo, it unlocks the X80 Pro within 0.2 seconds, which corresponds to the impression of ntv.de: You can hardly see any delay. It also hardly matters whether a finger is wet, greasy or dry or is placed at a certain angle. Adding a fingerprint is just as uncomplicated: You only have to hold your finger briefly on the sensor once, it is not necessary to place it several times in different positions.

Its fingerprint sensor makes the Vivo X80 Pro exceptional, but otherwise it's a formidable flagship smartphone. It is powered by Qualcomm's top chip Snapdragon 8 (gen. 1), which can access a whopping 12 gigabytes (GB) of RAM. The flash memory is 256 GB.

The Samsung AMOLED display is very sharp with a pixel density of 517 ppi and offers a refresh rate of 120 Hertz (Hz). To save power, the smartphone automatically adjusts the rate. The colors look natural, the contrasts are crisp and the screen can shine bright enough to remain legible even in the sunshine.

The design of the smartphone, which is protected against dust and water according to IP68, is appealing, but with a glass back that, like the display, is slightly curved towards the metal frame, the 219 gram Vivo X80 Pro does not stand out from the crowd. You won't find a jack socket, but the smartphone can serve as a universal remote control with an infrared transmitter on the top. It is pleasant that the back is matt and grease-repellent.

The battery has a reasonable capacity of 4700 mAh. An empty battery can be fully recharged in less than 40 minutes with the included 80-watt power supply unit, and the smartphone manages this inductively in less than an hour with a 50-watt charger.

To save power, but not only for that, the Vivo X80 Pro has an additional image processor. Above all, it also helps to implement the numerous functions of the quadruple camera on the back. Among other things, you only have to wait a moment until night shots are in the can.

In order to be at least on par with the top smartphones of the competition when it comes to photos and videos, Vivo has entered into a close cooperation with Zeiss. It goes so far that the traditional Swabian company also actively worked on the camera hardware. Among other things, the company's 3D simulation was used in the development of the lenses; a special Zeiss coating is intended to improve light transmission and minimize light reflections such as scattered light and ghosting.

Above all, however, the German touch is noticeable in a number of software extras. Photos taken in Zeiss mode show absolutely realistic colors on the display. You can see that very well in the sky, which in reality is rarely as blue as the smartphone software makes it seem.

In portrait mode, users have the option to select four different Zeiss bokehs that have different types of depth of field. No matter which one you choose, the person in the foreground is always highlighted very precisely and quite naturally. As with the current iPhones, there is a cinematic mode for videos, which creates a film-like bokeh in widescreen format. The smartphone offers excellent image stabilization, which forgives a number of clumsiness among amateur cameramen.

Many other filters and functions, including Pro mode, make the camera app a bit confusing and may overwhelm some users. However, with the support of the intelligent software, you can also simply snap or film straight away and usually achieve very good results with beautiful colors, strong contrasts and many details.

If you shoot videos, you only have the entire range of lenses available with Full HD resolution and 30 frames per second. At 60 fps or 4K (30/60 fps) the portrait camera is over, at 8K (30 fps) the super wide-angle lens is also gone.

Overall, Vivo has succeeded in creating a real smartphone flagship with the X80 Pro, which can absolutely keep up with the current top devices and, with Qualcomm's 3D Sonic Max, has a fingerprint sensor that you wish for in every smartphone. However, the price of 1300 euros is also at the top level. Interested parties should perhaps wait and not jump right at the start of sales in July. An interesting alternative is, among others, the Samsung Galaxy S22 Ultra, the price of which has fallen from 1250 to 1050 euros since March.

1 E-car is not a washing machine: charging at home without... 2 Laptop instead of cinema: when streaming is allowed 3 Against sunstroke and collapse: tips to better cope... 4 31 percent protection: SAP with an eleven percent... 5 Danger for children and animals: beware of the heat... 6 Do you want to cool down?: These fans are now the... 7 Tips for hot days: This is how the apartment stays... 8 Who convinces in the metropolises?: Here are the best... 9 Flight chaos in summer?: What travelers need to know 10 Heat-free for employees?: Employers have to cool down 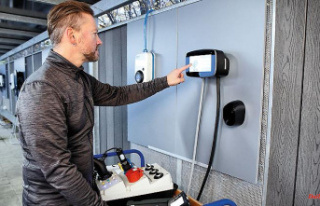 E-car is not a washing machine: charging at home without...